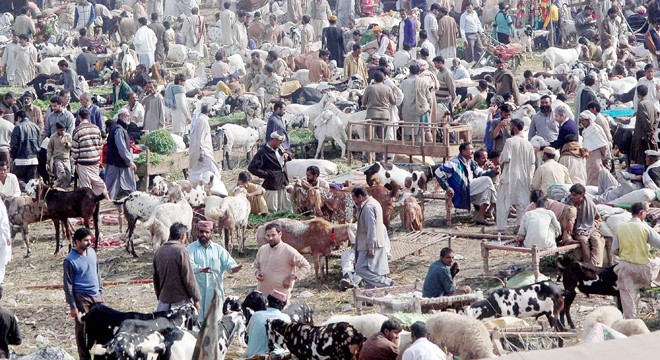 Population is considered as the most important asset and resource of a country, especially for a country like Pakistan where human resource is not paid heed to. Better managment of human resource can bring in new of development or, if it is neglected, can add to the burden to the economy.

Still, half of the population of Pakistan is poor. That shows there are a number of loopholes in our strategies to reduce population growth and that resource allocation is inappropriate. We should also see Pakistan’s performance vis-à-vis Millennium Development Goals (MDGs) and discuss some causes and remedial measures.

Even then, under the current scenario, Pakistan is expected to attain fifth position in the world in terms of population by 2050. That is why neither Pakistan could achieve its desired MDGs by the expected time nor the statistics are satisfactory but it needs to implement new strategies in all sectors, particularly social and economic.

In fact, rapid population growth brought severe challenges of unemployment, food and water insecurity, deteriorated standards of living and urban congestions. Each year, such a rise in population results in lack of availability of natural resources, required to sustain this population.

It is a bitter fact that population control has not been a top priority of any of the manifestoes of mainstream political parties, especially if we see the last general elections of 2013. The most important prerequisite is to deal with this challenge with the political will.

Pakistan evolved some strategies in order to contain the challenge of population but in vain. Actually, the particular political environment of Pakistan remained the main impediment as far as making of public policies is concerned. Repeated derailment of democracy not only polarised the social fabric of Pakistan but also weakened the governance structure, too.

The Economic Survey of Pakistan 2013-14 says that 50 per cent of Pakistanis are living below the poverty line. On the other hand, we have not carried out census after 1998 then how can we expect that public policies will be made according to the needs of the growing population of Pakistan? Let’s have a look on Pakistan’s performance with MDGs.

Pakistan has signed the Millennium Declaration and agreed to meet the MDGs by 2015. The declaration was implemented by 189 countries and considered as a milestone in the path of human development. Under this declaration, Pakistan needs to eradicate extreme poverty and hunger, achieve universal primary education, promote gender equality, reduce child mortality, improve maternal health, combat HIV/AIDS, malaria and other diseases, ensure environmental sustainability and develop a global partnership for development endeavors.

But till 2014, Pakistan has hardly achieved success in 4 out of 8 goals, which is a great setback for Pakistan. The biggest hurdle in its way is the rapidly growing population.

Pakistan is facing the challenge of population growth rate in Asia other than Afghanistan. With such an intensive burden of population, it is impossible for any country to accomplish MDGs even in two decades. Due to this pressing issue, Pakistan is facing a tough time in almost every sector be its health or education.

As Pakistan lacks planning in all other sectors, this issue was never considered pressing before. Therefore, no considerable steps or strategies were laid down. Till 1990s, Pakistan’s growth rate was 2.6 per cent per annum which was highest and could lead it to become largest Muslim country in the world.

Its cultural and religious limitations are the biggest hurdles in developing strategies related to birth control. Secondly, women education is very low particularly in rural areas due to which planners are unable to successfully implement any strategy or programme, such as Family Welfare Centers (FWC), Reproductive Health Services Centers (RHS) and Regional Training Institutes. Women education has a significant effect on the issue.

However, there is a dire need to implement social reforms. First of all, education is most pertinent, particularly female education. The provision of education both in rural and urban areas can help to curb rapid growth of population. Secondly, women should be empowered.

Women in rural areas and slums of urban areas have no say in family planning. Women’s participation in economy can effectively reduce the birth rate of population. Third most important step that has also been taken by Sindh Provincial Assembly is restricting early marriages. Restricting early marriages and limiting the minimum age of marriage can also help in reducing population growth. Child marriages are the basic problem of over populated country.

Family planning programmes all over the world are considered an effective measure in controlling population explosion. The public information programmes help raise awareness and explain the usefulness of family planning among people and help restricting the rate of growth of population.

It is a bitter fact that population control has not been a top priority of any of the manifestoes of mainstream political parties, especially if we see the last general elections of 2013. The most important prerequisite is to deal with this challenge with the political will. Pakistan’s performance as a state is also going to be determined by Pakistan’s rate of population growth.