On the mathematical landscape 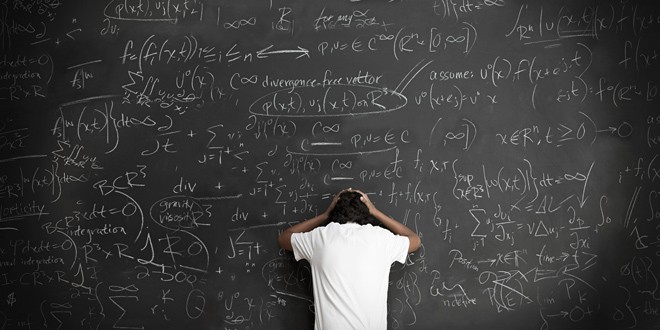 A reader of my last column asked me if I was a mathematical formalist or a Platonist. My response to him was that I did not subscribe to a fixed epistemological position but that I did believe, following the mathematician Rene Thom (1923-2002), that "any mathematical pedagogy, even if scarcely coherent, rests on a philosophy of mathematics."

Consistency demands alignment between actions and beliefs. So if a teacher of mathematics believed in mathematical objects as existing out there then he or she must necessarily construe mathematical activity as a voyage of discovery. As such, the teacher will think of teaching as facilitating the students in their discovery. Teaching would be much like providing the students with directions to reach from one point to another on the mathematical landscape, providing them with the necessary equipment to travel to the extent possible, and helping them make the right turns when needed.

In large part, the teacher will work pretty much like a GPS navigator that keeps the motorist on track on pre-existing routes. So there are times when schoolteachers do work as GPSs for the students on a voyage of discovery and when they do so they may appear to an external observer as subscribing to a Platonists view of the nature of mathematics. But do schoolteachers always work like GPS of sorts in a mathematical landscape? The response of the schoolteachers will be in the negative.

What about the view of mathematics as a body of abstract rules and procedures? It is perfectly consistent with this view of knowledge to expect the students to learn to find the right answers by faithfully using the rules and procedures taught to them by their teachers by using traditional teacher-centered direct instruction. This is what most school mathematics traditionally looks like. Knowing mathematics under these circumstances mean understanding, remembering and applying the rules and procedures taught by the teachers. The students are expected to be passive receivers of knowledge transmitted by the teachers. Walk around the mathematics classrooms and this is the most common form of teaching and learning that you are likely to find.

There is another view of the nature of mathematics that draws from the fallibilist philosophy of science propounded by Karl Popper (1902-1994), an Austrian-British philosopher of science.This philosophy has also been deliberately promoted by some mathematics educator as aligned with a humanist and learner-centered approach to teaching mathematics.

Popper viewed scientific theories as necessarily conjectural and, therefore, fallible. As conjectures they were open to falsification and revision. One of Popper’s students, Imre Lakatos (1922-1974), extended these ideas to mathematics in his famous book Proofs and Refutations. Lakatos condensed the history of evolution of a famous conjecture -- known as Euler-Descartes Formula -- in a conversation in a fictional mathematics classroom between characters of a teacher and some students.

The plot unfolds with the teacher presenting a particular proof of the Euler-Descartes formula to his students who begin to offer counter examples to dislodge the proof offered by the teacher. The result is a conversation that actually spread over many centuries of mathematicians’ struggles with the proof of the Euler-Descartes formula. This extended conversation shapes the form of the proof, constantly modifying it through a process of proofs and refutations.

Lakatos’ is not just a story of a particular proof, but also a conception of mathematics as fallible and progressing through dialectic of proofs and refutations similar to the logic of scientific discovery proposed by Popper. Lakatos also made a distinction between the informal and formal mathematics. That is, the coded mathematical proof resulted after the dialectic of proofs and refutations was nearly exhausted. From this formal sanitised proof, there was no way of telling the intense back and forth and zigzagging which allowed it to grow in maturity and strength before it was finally formalised and validated as mathematical knowledge.

If the teachers believe in mathematics as fallible, incomplete and uncertain, then they would have to accordingly modify their pedagogical preferences and expectations from students to make them consistent with such beliefs. If the mathematical activity in the classroom will look like an ongoing process of proofs and refutations by the students, the key verbs defining such activity would be conjecturing, refuting, and validating. This view of mathematics did indeed become bedrock for most mathematics reforms in 1980s and 1990s.

These reforms recommended that teachers of school mathematics pose worthwhile mathematical tasks to their students and encourage them to make and defend conjectures by explaining their reasoning and validating their assertions through classroom discussions. These views about teaching and learning were part of the global trends that favoured student-centred and activity-based pedagogies.

Not everyone agreed with this view of school mathematics. Some, mainly mathematicians, thought that it was a grave mistake to expect the average students to engage activities usually reserved only for future professional mathematicians. Every statement in elementary mathematics did not need to be given a proof. They thought the students needed to become proficient in using existing and time-tested methods rather than expected to construct their own algorithms.

What the seasoned teachers of school mathematics actually did in their classrooms is a different story. More often than not they mixed tradition and newer approaches crafting eclectic pedagogies. These pedagogies were aligned with the curriculum frameworks but not necessarily with a particular view of nature of mathematics.

I recall visiting one such wonderful teacher of mathematics teaching in a fourth grade classroom many years ago. She had a portion of one of the walls in her classroom dedicated to student conjectures. The students called it their conjecture wall. The conjectures were mainly student’s solutions to the problems she would pose to them. Not all conjectures made it to the wall. A conjecture only made it there after it was validated through an intense classroom discussion moderated by her. She managed and orchestrated the classroom discourse by encouraging her students to speak up, offer explanations, and sometimes also participated in the conversation by offering a refutation to students’ conjectures. The mathematical activity in this class could certainly be described by as conjecturing, explaining, justifying, and validating and, therefore, consistent with a Lakatosian view of the nature of mathematical activity.

With Rene Thom on my mind, I probed her about the nature of mathematics. To my utter surprise, she had not a clue about Imre Lakatos and his philosophy of proofs and refutations. Not just that, conjectures, according to her, were not the only thing she did. They were one of the many things in her vast pedagogical repertoire. She was responding to multiple demands of school mathematics. She had to pace her lessons to cover all that was prescribed in the curriculum. In some lessons, she used direct instruction. In other lessons, she worked as a facilitator and moderator of student conversations. Eclectic is the word that comes to my mind when I think about her pedagogical preferences.

Rene Thom is certainly right when the teachers are professional mathematicians working in mathematics departments. The mathematics teachers in schools simultaneously pick and choose from many different ways of knowing and doing mathematics and, with a few exceptions, without even knowing about them.

1. Rene Thom (1923-2002) was a French mathematician who is famous for the development of catastrophe theory -- a theory that is concerned with ways in which gradual changes can lead to drastic results.

On the mathematical landscape