Recharged, rejuvenated and ready to roll 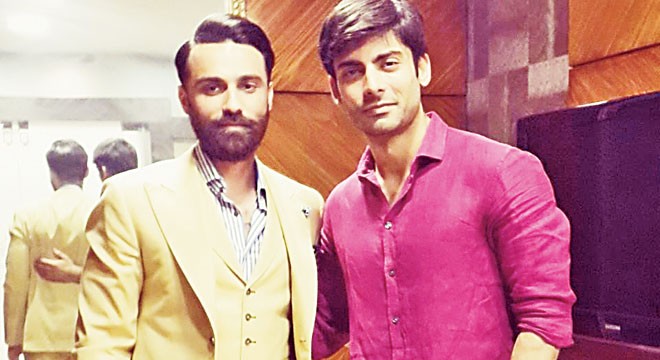 Mention high-end menswear in Pakistan and chances are you’ll be met with a disgruntled stare. Does such a concept even exist in this country? Most menswear labels cater to an eastern aesthetic and the few promising western ones that crop up fail to sustain themselves commercially. Republic, the menswear label helmed by Omar Farooq, might suffer from similar issues of inconsistency but its sharp tailoring and sleek western silhouettes have ensured that the brand has stayed a cut above the competition since its birth in 2007.

Crisp tailoring, debonair jackets, powerful ad campaigns and sleek runway collections are hallmarks of the brand. Omar’s fashion-forward and trendy designs have won him many accolades, including a nomination for the prestigious International Woolmark Prize this year. Yet the designer known for pushing boundaries feels creatively stifled in Pakistan. "I don’t feel challenged in this country. Menswear is not cutthroat and competitive, like womenswear is," remarked Omar when I met him at his flagship store in Gulberg, Lahore.

The challenges that have come his way during Republic’s five years have been of a different, more sobering, nature. Omar’s tryst with menswear took off to a smashing start but a lack of financial planning led to a series of setbacks.

"We launched with a bang, we put in a lot of investment, had great word-of-mouth publicity and we were breaking even in six months but as time passed, I struggled to grapple with the challenge of sustaining and handling the business," recalls Omar.

A personal injury and his daughter’s illness forced him to take a break from fashion in 2013 and go into obscurity for a while. He missed the PFDC Sunsilk Fashion Week that year for the first time since Republic’s launch. "That was a very dark phase of my life. I wasn’t feeling very enthusiastic and just couldn’t bring myself to focus on work so I thought it best to take a break and come back with a better collection than do things half-heartedly."

The timing couldn’t have been worse for Omar. His brand was finally being recognized, business was booming, he had gone from one to two stores and had just won his first Lux Style Award for Best Menswear Designer at an event where stars like Ali Zafar and Bilal Khan wore bespoke Republic suits to the red carpet.

Quite fittingly, Republic’s post-sabbatical journey has been all about renaissance and a fresh start. "My most recent collection is called Back to the Roots because I wanted to push the reset button and start all over again. It has been inspired by the first collection I designed when the brand launched back in 2007."

The hardships that came along the way have made Omar wiser, teaching him to tackle the cumbersome task of running a business. Today, he employs over 60 skilled workers and owns a production facility on Ferozepur Road, Lahore as well as two retail outlets, one in Lahore and Islamabad each.

The Lahore store where we meet is a spacious indoor setting that houses the best of what Republic has to offer. Life-size images from its Spring/Summer campaign adorn the walls and botanical printed shoes and bags from its critically acclaimed PFDC Sunsilk Fashion Week 2014 collection are perched in the display window. Omar’s design studio lies at the back where, amidst fabric samples, half-finished patterns and mood boards, he deals with clients for his custom, made-to-measure line Republic Bespoke.

The design studio is Omar’s abode from 1pm to 10pm every day. "I am one of the most accessible designers there can be, a customer can walk in any time and meet me and I will be more than happy to entertain him," says Omar. This accessibility, however, is reserved for his clients only, as the socially reclusive designer is rarely photographed at premieres and red carpet events. "I am a very shy person, I don’t have a social life or a circle of friends. I spend my entire day with my business. I feel my strength lies within my design studio."

Which is not to say that he doesn’t rub shoulders with the who’s who of the country. Republic’s reputation for its impeccable tailoring has landed it many high-profile customers that include diplomats, foreign dignitaries and politicians. Omar’s favourite client to date is the Chief Minister of Punjab, Shahbaz Sharif. Recalling their first meeting, Omar says he was called to the CM office out of the blue one day for a meeting with the CM. "I had to wait for 45 minutes as he was busy in a meeting but he stepped out of it to personally ask me to wait; that showed a lot of character. It showed he values people’s time and doesn’t take them for granted. We design clothes for his official and personal engagements. He has great taste in clothing and always chooses the best fabrics."

Famous clients aside, at the end of the day, it is undeniable that no matter how good a designer Omar is, he serves a very limited market. After all, how many men are willing to pay PKR 40,000 and above for a custom-made suit?  Omar hopes to cater to a wider market with his upcoming high street line. Called Republic Heritage, it will have a lower price tag while retaining the quality and look of a quintessential Republic product.

"Shirts will range from PKR 1800 to PKR 4000, trousers between PKR 3500-6000 while suits will start at a price of PKR 10,000 and go up to PKR 18,000. Whatever you see in our stores will mostly come under the Republic Heritage banner," explains Omar. While the majority of his political and corporate clients wouldn’t care much for affordability, Republic’s sizeable young fan base will appreciate a high street line which is competitively priced but promises the same high-end design ethos that they see in Republic’s swish runway shows and ritzy ad campaigns.

Republic has also delved into womenswear recently with the introduction of a line helmed by Omar’s wife, Sana, leaving many to wonder if he has fallen prey to the lure of making quick bucks. Omar wouldn’t be the first designer who started off with menswear but slowly delved into womenswear for its greater commercial viability. But the designer is quick to refute this notion.

"My wife is an artist and she has great taste in clothes. Fashion is the only common ground where we both meet and that’s all we talk about." Apparently the idea was to launch Republic with both womenswear and menswear lines back in 2007. "I had little experience with money at that point in my life. Investment for menswear became haywire. We over-budgeted the whole project so we had to postpone the womenswear or else both would have suffered." But Omar has no qualms about stepping into womenswear now and is confident that his menswear business won’t be sidelined. "I have built a profitable equity over the last five years so why not capitalize on it?"

Moreover, with Fawad Khan signing on as its brand ambassador, Republic is in little danger of being relegated to the sidelines. Having roped in the country’s hottest star to model for the brand is a major coup and Omar is rightfully pleased. "Fawad is handsome, both off-screen and onscreen, and he epitomizes the quintessential Republic man. Nobody pulls off a menswear look like he does."

As Omar divulges his plans to open another retail outlet in Lahore and launch a new bridal collection comprising of sherwanis and suits, it seems like he is in a rush to make up for lost time and opportunities. In his own words, he is pumped and raring to go full-throttle. "If there was a bigger, more powerful word for full-throttle, I would use that to describe how I feel right now."

Recharged, rejuvenated and ready to roll