Even after Musharraf introduced joint electorate in 2002, the status of Ahmadis remains unchanged 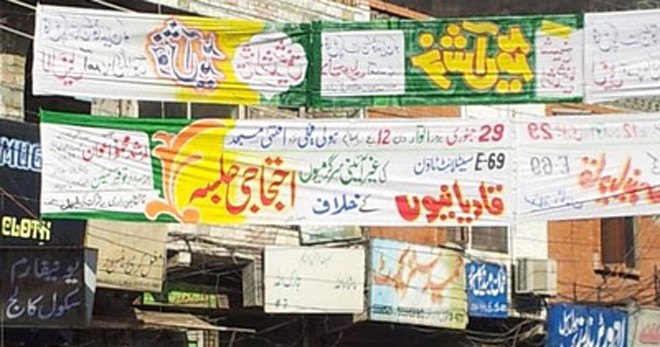 Elections in Pakistan were held under a joint electorate system since 1947. All religious communities contested and voted for general seats at both federal and provincial level.

During the PPP government, Zulfikar Ali Bhutto reserved seats for religious minorities in provincial assemblies in the 1973 constitution. The fourth amendment to the constitution in 1975 introduced six additional seats for minority groups in the National Assembly.

After Ahmadis were declared non-Muslims through an amendment to the constitution in 1974, their name was also added to the list of minorities with reserved seats. But these reserved seats were in addition to the minorities’ right to vote and contest elections in the general elections.

In 1984, Zia ul Haq introduced separate electorate by raising the number of seats for minorities from 6 to 10 in the National Assembly, and 9 to 23 in provincial assemblies. Ahmadis were allotted one National Assembly seat.

The separate electorate barred minorities from contesting or voting on general seats. This meant that there was, for example, only one seat available in the National Assembly to the Ahmadi community. So, the community could only vote on that one seat regardless of location of the candidate’s geography. Minorities lost the right to have a say in who governed them in their own constituencies.

Sub-article 7B of the Order dictates that the status of Ahmadis remains unchanged. Article 7C of the Order suggests that if anyone has an objection to any name on the common voters’ list, an objection could be filed before the Revising Authority within 10 days of the issuance of the order. The Revising Authority is then bound to issue a notice to the person against which the application was made to appear and sign a declaration affirming his belief in the finality of the prophethood. Refusal to do so would result in the removal of his name from the joint electoral list and added to a supplementary list of voters as non-Muslim.

This order appears to be a compromise between Musharraf and the religious clerics and did not specifically call for a separate list for Ahmadis. Yet, the Election Commission obtained data from Nadra and published a supplementary list of all Ahmadis in the country. The list, which includes home addresses of the people has been published for all elections since. This effectively means that there is one electoral list for all Pakistanis, and one supplementary list for the Ahmadi community.

Kunwar Idris, on behalf of the community, filed a petition in the Supreme Court in September 2007, claiming Musharraf’s Order "committed an invidious and impermissible discrimination". The petition was admitted for hearing in February 2010 but is still pending after over a dozen hearings.