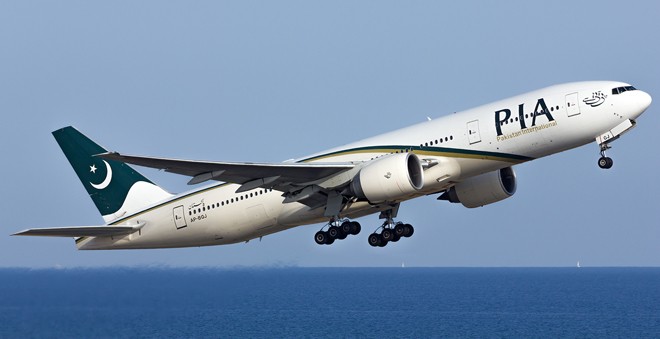 Although the government has once again decided to privatise Pakistan International Airlines (PIA), indecisiveness remains on the mode of its privatisation. Recently, the minister of state for privatisation, Muhammed Zubair, told BBC that it wasn’t yet confirmed whether the state would privatise 26 per cent or 51 per cent of the state-owned enterprise.

Before outlining the merits or otherwise of this decision, it is important to discuss what the lack of clarity regarding the mode of privatisation entails.

Essentially, the ministers has hinted at two different models of privatisation that have been in vogue in this country since the early 1990s. The 26 per cent formula awards four votes to each percentage point and hands over the day-to-day functioning and control of the Board of Directors to the company. The government still retains 76 per cent of the share in the enterprise, but has no say in the running of the business. The investor, however, is not free to dispose of the assets of the enterprise.

In contrast, the 51 per cent formula gives majority ownership of the enterprise to the private investor. The government then becomes a minority shareholder in the enterprise. But, the important point here is that the majority investor will have the freedom to sell the enterprise’s assets.

The indecision on the part of the government is really about whether it wants to be involved with PIA over the long run.

The minister has also hinted that the government would ease out 50 per cent of the surplus employees before the enterprise is privatised. However, how many employees are currently considered surplus was not really divulged. If the government aims to bring down the employee-to-aircraft ratio of PIA to the international average, it has to think about easing out around 10,000 employees of the organisation. This is a big number and cannot be justified merely on the grounds of state’s inefficiency and profitability.

It is likely that the projected PIA privatisation will reduce the number of destinations that PIA serves. A privately-run commercial enterprise has little interest in serving loss making destinations.

Unlike other state-owned enterprises, national airlines in particular hold a privileged place in the national discourse. In the nations that gained independence after World War II, the national airline was not merely an employment opportunity provided by the state, but also became a powerful symbol of statehood.

The privatisation arguments surrounding national airlines also have to contend with the potential loss of this statehood to outsiders. Airlines all over the third world, regardless of the merits or demerits of the kind of nationalism they represent, are considered a particular symbol of nationhood in much the same way as national sports teams.

I do not bring this up to support nationalism, particularly ours that has required an overhaul for several decades now, but because it is important in understanding why sometimes the state or the political elite wants to keep the airline business with the state. We need to save PIA for different reasons - not linking it with nationalism, but rather restructuring it as an organisation that operates routes, essentially to service those areas where commercial airlines may not operate. Saving an organisation as a national cause that would in reality continue to provide subsidised travel to the elite makes little sense.

Having said this, there are some important aspects of the privatisation debate that need to be considered. Privatisation is overwhelmingly argued for on economic grounds of efficiency and profitability. The debate is essentially about ownership structure where private ownership, as opposed to public ownership, is considered to be more efficient and profitable. I have written extensively on this topic in a three part series for The News on Sunday (November 24, December 1, and December 8, 2013).

The transparency of the privatisation process is another important consideration. Third world governments haven’t really been able to maintain a clean and transparent record with their liberalisation and privatisation policies, and the government of Pakistan (GoP) is no different. All big privatisation and liberalisation deals in Pakistan (banking, power, telecommunication, steel manufacturing sectors) have been rife with charges of corruption and nepotism. It is usually disregarded that the privatised businesses continue to receive the government’s support directly through direct transfers or by signing favourable contracts, or indirectly by the government’s under-regulation of a particular sector in order to let businesses make profits.

So, a private business operating entirely on its own and doing a better job than a publicly-owned enterprise is largely a myth.

With little or no accountability in these deals, can GoP be expected to undertake the privatisation of a large enterprise like Pakistan International Airline (PIA) in a fair manner? Further, there is absolutely no discussion either within the parliament or in the public sphere on the manner in which labour rights will be safeguarded in the future setup. As mentioned above, the government wants to lay off PIA’s surplus employees before the enterprise is privatised. Although, the minister did claim that the government will help the laid off employees in finding gainful employment, it is generally understood that such statements only add to an already long list of tall claims that all governments are fond of making.

In other words, the minister’s pledge has to be taken with a bagful of salt.

It is likely that the projected PIA privatisation will reduce the number of destinations that PIA serves. A privately-run commercial enterprise has little interest in serving loss making destinations. PIA currently serves 23 domestic and 30 international destinations. Its closest domestic rival Air Blue, run privately and in business for 10 years now, serves 5 domestic (Lahore, Karachi, Islamabad, Rahim Yar Khan and Peshawar) and 5 international destinations. Air Indus, which is a more recent entrant in the market, serves 7 domestic (Lahore, Karachi, Islamabad, Bahawalpur, Quetta, Faisalabad, and Multan) destinations. A direct comparison of these two airlines with PIA would not be appropriate as PIA has a much longer history and enjoys other advantages over its domestic rivals.

However, one point can certainly be made. Since both Air Indus and Air Blue are private commercial ventures, the choice of their domestic destinations gives us a sense of profitable routes to operate on in Pakistan. If we assume that all of Air Indus’ domestic destinations/routes are profitable and PIA ply on the same routes profitably then what does it say about the 16 other destinations that PIA is currently serving?

If PIA is not making profit on 16 other destinations that these private airlines cannot or are not interested in serving, then should the government simply close these routes down? Should the government intervene in the interest of the public if the would-be privatised PIA decides to close down loss making domestic routes? Similar arguments can be made for reducing international routes as well but there the discussion gets complicated because of several international competitors in the market.

Hence, simple criteria like efficiency or profitability do not seem to be the best way to decide whether or not to privatise PIA.

The above discussion highlight three points that need more reflection from all concerned. First, the process of privatisation lacks transparency and accountability. This is made worse by not engaging the public at large in any meaningful debate on why a certain enterprise needs to be privatised. Second, labour rights and security of livelihood are two attractive features of being a state employee. Private sector’s record on both these counts leaves much to be desired. In what manner these two important aspects will be addressed in a privatised setup ought to be discussed in detail. Third, profitability and efficiency seem to be bad criteria for running a service if the idea is also to serve destinations that the private sector eschews. What calculus should go into determining service provision in a certain area also relates to the vision with which we would like the state to operate. This, again, is primarily a political question that needs to be addressed as such.

In the end, there is much that requires fixing with PIA as with several other state-run enterprises. Our knee-jerk reaction for the past several decades, for several reasons, has been to privatise state businesses. Perhaps, the time has come that we review this strategy and come up with ideas that can help these institutions perform better while keeping them safe from executive interference and abuse.