Review: Murder In The First 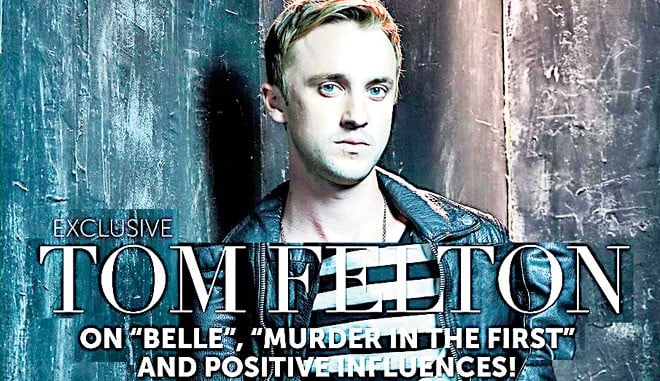 In his first major role since starring in the now infamous Harry Potter film franchise, Tom Felton, the twenty-something British star, has discarded all nostalgic, emotional baggage that fans might associate with his familial onscreen alter-ego Draco Malfoy.

His arrogance seeps every conversation, but it’s the billion dollars bank account and penchant for sexual violence and drugs that make him sinister from the onset.

The title of this show is a reference to the prosecutorial crime charge that tends to follow a homicidal case: Murder In The First Degree, the maximum sentence of life imprisonment.

Tom’s sheer presence has made Murder In The First worth a glance but it’s the collective weight of the cast, and a decent screenplay that keeps things going past the pilot.

In Murder In The First, there are no dozens of cops and criminals running amok. It is a one-murder investigation that starts with an arrest and goes all the way to a criminal trial with the same group of actors. And they are magnificent to watch because they comprise some of the finest from modern American television: Richard Schiff (The West Wing’s ‘prickly-mumbly’ Toby Ziegler), Taye Diggs (Private Practice and Ally McBeal alum), Kathleen Robertson (from the original Beverly Hills 90210), Ian Anthony Dale (Criminal Minds, The Event, Hawaii Five-0) Raphael Sbarge (Once Upon A Time, CSI: Crime Scene Investigation), Steven Weber (Studio 60 on the Sunset Strip, Wings) and James Cromwell, the Hollywood heavyweight also lends some serious scene-stealing moments.

Taye Diggs stars as Detective Terry English, a cop dealing with the aftermath of a terminally ill spouse. Partnering him is Inspector Hildy Mulligan, a single mom with an eight-year-old and an abusive ex. Richard Schiff sizzles as Erich Blunt’s snazzy personal lawyer who is willing to play just about any card to keep his supremely rich client out of jail, irrespective of his guilt.

Ian Anthony Dale and Raphael Sbarge are adequate but its Taye Diggs’ somber cop and Hildy’s brazen antics that make the show memorable. James Cromwell is the other enigmatic lawyer Tom has engaged for ten million dollars to save him from imprisonment and maybe even death. James is believable as this larger-than-life lawyer in what is essentially a star-studded summer mystery.

When it comes to American television, a good rule of thumb is to wait for the first few episodes of a new serial to air before investing in the plot and characters. The chances of cancellation due to insufficient ratings are incredibly high now as networks go up against cables and other modes of consuming content such as Netflix streaming service, etc.

Thankfully, Murder In The First has crossed first five episodes and is a shoo-in to finish its inaugural, colourful season. It may not provoke you as much as House of Cards, or True Detective, but it gets the job of entertaining, without menacing, done. If that’s not the point of summer television, what is?

Review: Murder In The First