The actual act of giving three papers in one go, with a single break of fifteen minutes between the last two exams was more than memorable 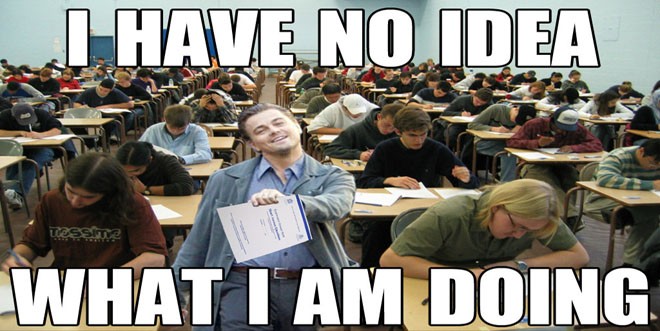 ‘Traumatising’ is how I would describe the day when I sat three O’ Level papers in one day. Since I was taking a total of 10 subjects and I had already appeared for two clash papers on two previous occasions, the thought of giving three in a go did, to be honest, make me feel helpless like an individual who is left stranded on an island.

Preparing for these subjects was something that had completely exhausted me since there was nothing in common between them. I had stayed up the previous two nights, miserably attempting to pull off what most students refer to as ‘all-nighters’. I had tried to memorise every French verb in the Oxford pocket dictionary while trying to understand the many formats of different accounting statements.

The actual act of giving three papers in one go was more than just memorable. Taking those examinations made me ponder over many things, one of them being my poor life decisions. As a child, I had always had a burning passion for medicine and hence had chosen the appropriate science subjects in order to pursue my dreams.

While in the examination hall, I realised that the (abovementioned) three subjects, which had drastically affected my preparations of the other subjects that would really matter in my future career, were not going to benefit me in any way when applying for a course in medicine.

In that moment, I realised that I wasn’t meant to be an accountant or a scholar in the French language, and that I was wasting my time and brains on something that meant nothing to me, personally or professionally.

I was hardly done with thinking about this realisation when one of the invigilators came up to me and asked me to vacate my seat as my examination was over. When I told him that I had a third paper to attempt after fifteen minutes, the expression on his face changed to that of shock. He managed to conceal his laughter and astonishment under a small gentle cough and then informed me that I could wait outside the hall before the start of the next paper.

Hence, after sitting in the examination hall for a mere ‘four’ hours, I left only to return to the hellhole after 20 minutes. The next ninety minutes were more of a blur as all I wanted at that point was to get over with the torture and go home. In those torturous six hours, I must have given more thought to my life decisions than I ever did in the past 16 years of my life.

Usually, the O’ Level examinations represent a life altering decision, something that will decide one’s future career prospects. For me, the examinations were an actual glimpse into how challenging the real world out there will be and how even the smallest decisions in life could affect me severely.