I would summarise Karachi as a never-ending harbour city 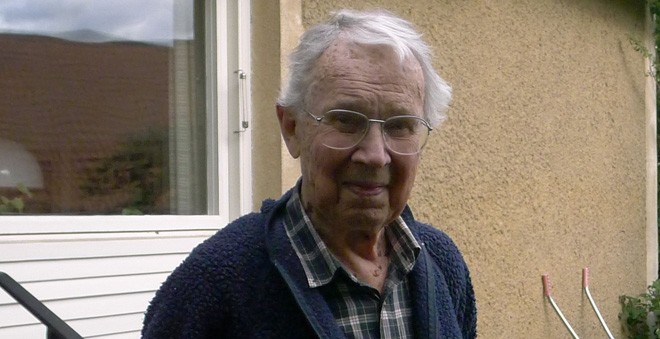 When Pakistan came into being in 1947, Karachi was chosen as its capital. The city experienced rapid population growth during the next four years and after. From a small town of 435,000 people in 1947, Karachi swelled to a city of 1050,000 folks in 1951. The central government commissioned an exercise for preparing a city master plan for Karachi during the late 1940s. This plan was to address the core issues of urban development and management as well as the functions of a well-articulated capitol complex.

The consultants appointed for the task were Merz Rendel Vatten (Pakistan) (MRVP). The plan was termed the ‘MRVP Plan’ or ‘Greater Karachi Plan’. Though the plan could not be fully implemented as the capital moved to Islamabad and the flux of refugees continued to rise at an exponential pace, the MRVP Plan became a significant milestone in the visioning, planning and development of this metropolis.

Lars Malm, a member of the MRVP team that worked on the important assignment in late 1940s, is now 94 years of age. He lives in the outskirts of Stockholm. With the assistance of his grand daughter, Sofie Malm, Lars Malm shares his views with TNS about the ‘Greater Karachi Plan’.

Sofie Malm: Who were the officials involved from the government of Pakistan. What were their specific tasks in the overall assignment?

Lars Malm: Mohsin Ali, the Chairman of Central Engineering Authority, authorised by the government of Pakistan, placed the order of the plan from Merz Rendel Vatten (Pakistan) (MRVP). "Vatten" in the name refers to the company where Lars Malm worked at the time and the other two were British companies.

The competence of architects and city planners was only found at this company and hence they were the ones who made the report. The plan was written in Sweden.

The people who worked on the plan were Sune Lindström, Begnt Östnäs and Lars Malm (the two mentioned first were significantly older than Lars Malm and hence presumed deceased). A Pakistani architect (name unknown) was also called in who lived in Sweden for some time and helped with the plan.

Sune Lindström, chief architect, was the one who took the order on behalf of MRVP, and Begnt Östnäs, project manager, was the one who carried out most of the interviews with different authorities. Begnt Östnäs stayed in Karachi for a year. I remember Begnt Östnäs being occupied, going to many meetings and briefings. The meetings probably included people mentioned in the acknowledgements of the report: Honorable Pirzada Abdus Sattar [Minister of Food, Agriculture and Health], Sir Harold Shoobert [Secretary to the Ministry], Mohsin Ali [the Chairman] as well as officers and staff at various federal and local authorities.

Besides working on the plan, our company was also involved with two local building projects, one for the State Bank of Pakistan, and another for the Staff Quarter of the Bank: a project for around 100 or 200 families.

SM: What kind of studies, surveys and interviews were done while making the plan?

LM: Before MRVP got the job, there was a previous plan made by Col Swayne Thomas, Town Planning Consultant to the Sindh government. The report was given to our company to avoid double work. I do not remember much about that plan, but in the acknowledgements the report is mentioned as interesting and helpful.

SM: How much time was spent in the overall assignment?

I don’t remember exactly how many briefings and presentations were made to finalise the plan. However, both Sune Lindström and Begnt Östnäs were continuously involved in meeting different authorities and people in Karachi. The only official presentation seems to be the preliminary report that was sent in for review before the final report was made.

SM: What were the terms of reference provided to your firm to execute?

LM: As for the terms of reference, they are stated in the preliminary report of 1949, and are attached at the end of this document. I do not remember Mohsin Ali having any specific vision or special requests on the final plan. Mohsin Ali asked for a proposal that took the issues mentioned in the terms of reference into consideration. The only thing that was pre-decided was where the government quarters were to be put.

The report on Karachi Greater Plan 1952 was constructed like a learning document, which would support the planning office that was to implement it. The city should not build in conflict, but in accordance with the plan.

SM: In your view, was the Greater Karachi Plan 1952 implementable?

LM: It does not seem like the plan would have been implementable if you look at Karachi today. The estimated growth in the plan was 3.5 million people, but Karachi is now four times that size. One big difference between then and today was the population density and one could never have planned at that time for the way we live today. The report is silent on the wide net of public transport and the large investments involved.

One thing that especially interests me is how the water supply, sewage, waste management systems and so on works in a big city like Karachi. These were some of the points mentioned in the terms of reference that we had to plan for.

SM: Was any capacity building done of the officers and staff of Karachi Municipal Corporation and Karachi Improvement Trust?

LM: Neither of us was familiar with the term ‘capacity building’. The term seems to have been introduced in the 1990s. As for the project, it was a federal project, and I don’t remember the names of local authorities.

SM: What were the key features of Karachi that you remember?

LM: I would summarise Karachi as a big, never-ending harbour city with a great mix of European and Oriental life. Bandar Road was always filled with strolling people, cars, cows and camels.

I would summarise Karachi as a never-ending harbour city