Who would kill Jaun Elia? 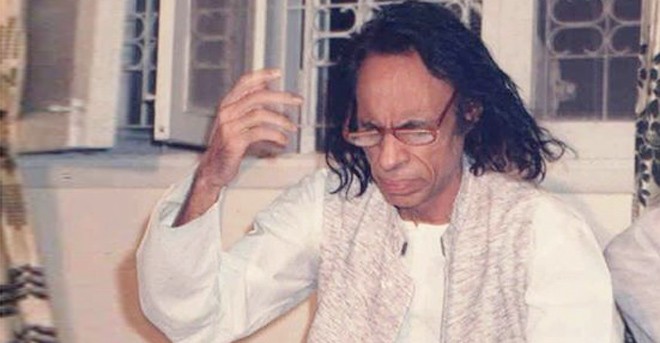 "Why do you say that, Jaun sahib?"

"You are an exceptionally good poet and at the same time you’re extremely fortunate. You are Mir, but you can be Zafar, and you can also be Hasan whenever you feel the need for it. You can be a Sunni, and you can turn into a Shia if you desire. But I, Jaun Elia, despite being an agnostic, will always be a Syed. Isn’t it sad?"

Jaun Elia, arguably the finest Urdu poet of the latter half of the 20th century, was a non-believer, an incorrigible skeptic. Jaun had studied at the Deoband school in India. Deoband used to be a different place at that time. It hadn’t yet transformed into a fatwa-giving factory. In 2002, Jaun died peacefully at Allama Ali Karar’s house in Federal B Area, Karachi; otherwise I’m sure he would have been cold-bloodedly murdered today by some religious fanatic - most probably a Deoband follower.

But let’s pause here for a second. Haven’t we, the liberals, made it a habit to curse the maulvis and blame them for all our problems, all our woes? The maulvis used to be very different people before the start of the first Afghan War. They used to be simple, self-effacing people with everyday, ordinary needs, before they were corrupted them by millions of dollars donated to their madrassas, by dragging them into the world of global capital and petrodollars. But we, the liberals, detest only the mullah (the term was first coined by Heidelberg-educated Muhammad Iqbal to demean Indian clerics). We never feel bothered to analyse the system which turned these simpletons into monsters. Bomb Waziristan, we demand. Kill the Taliban, we say. We relish bloodshed.

Jaun Elia was mentored by the maulvis. In those days they were a learned lot. They would debate with agnostics like Jaun. Sunni maulvis revered Shia zakirs and vice-versa. No one would call anyone an infidel or kaafir. At present, you don’t need allamas and ayotullahs to declare someone a heretic; a common Pakistani considers himself qualified enough to do that. And he might even kill you for ‘insulting’ his belief.

If Jaun had not died a natural death in 2002, he would have been shot by a mob of crazy extremists today. His murderers would have been both Sunnis and Shias. In Pakistan, it is becoming increasingly difficult to distinguish between a Sunni and a Shia, a fundamentalist and a liberal. The lines are getting blurred. Jaun was a product of a society that believed in reasoning. Today, in Pakistan you can’t reason with people. It’s blasphemous.

I am surprised though that Jaun Elia is still read in the Islamic Republic of Pakistan and his poetry is getting popular by the day. And we are not talking about Iqbal who pleased all groups and lobbies; we’re discussing a poet who has this to say about religion:

[Religion? What is it that you hurl at me
What’s the hullabaloo, the cacophony about?]

Whose views on religious extremists were:

[Jaun, don’t argue with Islamists
The Samud and Aad of our time can’t be persuaded]

And who described his relation to God like this:

[We denied the existence of God, all along
And you find us, the sufferers, at fault?]

It means that Pakistan hasn’t lost everything yet. There is still hope. There are people who understand and appreciate Jaun, Mir and Ghalib.

Jaun was only Jaun. He was only a poet -- every inch a poet. He could not change his identity and become Zafar or Hasan whenever he felt like doing it. He was not a hypocrite. He was an honest and outspoken person. He spoke truth till he breathed his last, even at the cost of offending others.

The Islamists cannot harm Jaun Elia, but ignorance will. The Taliban cannot destroy Pakistan, but our hypocrisy will. Let us admit that we, the Pakistanis, are collectively responsible for our crimes and failures. We can’t just blame the Islamists.

Who would kill Jaun Elia?