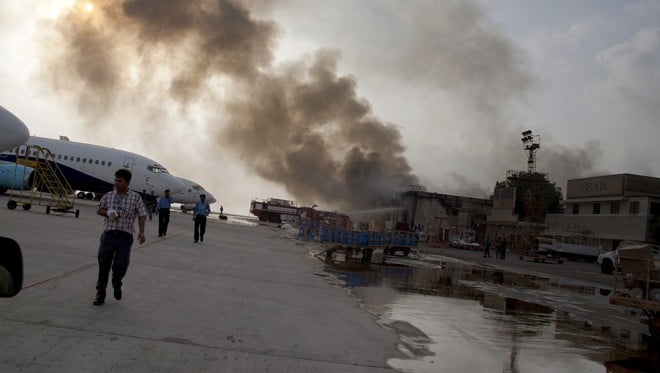 The Tehreek-e-Taliban Pakistan (TTP) may have overplayed its hand by carrying out an unprovoked and audacious attack on the Karachi airport and then accepting responsibility for it because this has pushed the government to consider launching the long-awaited military operation in North Waziristan.

Given its past actions, the TTP isn’t particularly known to act in a responsible manner and avoid taking steps that could raise the level of violence. However, the brazen Karachi airport attack involving, among others, foreign militants originally belonging to Uzbekistan has raised the stakes and put even the government of Prime Minister Nawaz Sharif, hitherto a strong advocate of peace talks with the militants, on the back foot. The voices for a peaceful and negotiated solution of Pakistan’s long-standing militancy and terrorism problem have been drowned by those calling for strong military action against the militants, beginning with North Waziristan and moving on to wherever the TTP and its allies have their bases.

It is possible that one of the reasons for the TTP to attack the Karachi airport was to provoke the military to undertake action in North Wazistan in the hope that this would draw the non-TTP militant groups such as the one led by Hafiz Gul Bahadur into the battle and lead to the scrapping of the eight-year old peace accord between him and the government. The recent retaliatory airstrikes by the military in North Waziristan that reportedly caused substantial civilian casualties had already angered Hafiz Gul Bahadur and prompted him to threaten ending the peace agreement, pledging to defend Waziristan and asking the people to migrate to Afghanistan instead of staying in relief camps being set up by the Pakistan government in the down districts such as Bannu. His call on the Waziristanis to migrate to Afghanistan had not been heeded as only a few hundred crossed over to the neighbouring Afghan province of Khost and the rest totalling more than 35,000 came down to Bannu.

The TTP would be hoping that a large-scale military operation in North Waziristan could prompt all the militants’ groups, local and foreign and the so-called ‘good’ and ‘bad’ Taliban that are cooperating or fighting with the security forces, to form an alliance to resist the invasion of their strongholds. Even the splinter TTP faction led by Khan Said alias Sajna, who prefers to be known as Khalid Mehsud, could reconsider its decision and mend its fences with the TTP leadership. This would be an ideal situation for the TTP and indeed challenging for the military as the latter would have to fight on more than one front and keep its long supply lines secure in the face of ambushes, improvised explosive devices (IEDs) and suicide bombings.

As for the Nawaz Sharif government and the military being finally on the same page, one is convinced that the two differed on conducting the peace talks with the militants but would easily agree on carrying out the military action if it comes to that.

The assault on the Karachi airport has put paid to the efforts of the Nawaz Sharif government to continue holding peace talks with the Maulana Fazlullah-headed TTP. The peace talks were already stalled and even the contacts between the two sides had broken down after the March 26 meeting in which TTP shura members for the first and last time met government negotiators in a part of Orakzai Agency controlled by the Taliban. Lack of progress in that meeting due to inflexible position taken by the TTP had almost sealed the fate of the peace parleys, but neither side had formally announced an end to the process.

The government may still want to hold peace talks with the breakaway Sajna faction of the TTP, but the prospects of reviving the peace process involving the mainstream TTP headed by the Afghanistan-based Fazlullah are non-existent. Rather, the two sides are now heading towards an all-out war. This could raise the level of violence in Pakistan to a new high and even contribute to further bitterness in the already uneasy relations between Islamabad and Kabul because several hundred Pakistani Taliban fighters loyal to Swat’s Maulana Fazlullah, Bajaur’s Maulvi Abu Bakr and Mohmand Agency’s Abdul Wali, also known as Omar Khalid Khurasani, are comfortably based in Afghanistan and are openly using its soil to launch cross-border attacks in Pakistan.

The Afghanistan factor has added a new dimension to Pakistan’s war against terrorism since 2009 when the Pakistani Taliban found refuge in the neighbouring Kunar, Nuristan and Nangarhar provinces after suffering defeat at the hands of the military in Swat and rest of Malakand division and also Bajaur and Mohmand tribal agencies.

Last Sunday’s attack on the Karachi airport in which at least 36 persons, including the 10 attackers and several personnel of the Airport Security Force (ASF) were killed, was both daring and spectacular. An attack of this scale in Pakistan was unexpected and had taken place after a long gap. Though the TTP and its allies in reaction to the military’s airstrikes in North Waziristan had already carried out some assaults, including the Fatehjang suicide bombing killing two army colonels working for an intelligence agency and the three cross-border attacks since May 25 in Bajaur, these could be described as ‘probing’ in nature meant to test the readiness and resolve of the government and its numerous arms tasked to defend sensitive installations. And when the time for the attack on Karachi’s old terminal arrived, the attackers had rightly figured out that those deputed to guard the airport were neither prepared nor properly equipped to fight back.

The ASF bore the brunt of the assault and its men offered huge sacrifices, but the task was beyond its capacity and the Sindh Police, Rangers and the Army had to be called in. The attackers were on a suicide mission and willing to prolong the assault to cause maximum human and material losses before dying.

As it happens so often in such situations, a blame-game started even before the Karachi airport was cleared and handed back by the security forces to the civil administration. The PPP-headed Sindh government fired the first salvo when its ageing and bungling Chief Minister Qaim Ali Shah and his Information Minister Sharjeel Memon blamed the PML-N’s federal government and Interior Minister Chaudhry Nisar Ali Khan for the security failure and delayed response to the attack. Memon provoked Nisar Ali Khan by claiming that he was untraceable that night when the Karachi airport was under attack.

The latter maintained that Sindh government functionaries couldn’t be traced that night. He alleged that the Sindh government had ignored six intelligence reports sent to it since March by the federal interior ministry about the likelihood of an attack on the Karachi airport and was found wanting even in strengthening security at the airport gate specifically mentioned in the report.

It was a sad spectacle as the verbal sparring between the federal and provincial governments intensified on a matter that had caused so much pain to the public and had reinforced Pakistan’s image as a weak and vulnerable country.

As if this wasn’t enough, the US intruded into the situation by carrying out two drone strikes on consecutive days in North Waziristan on June 11 and 12 after a gap of more than five months. The strikes killed at least 14 persons, including Uzbek militants aligned to the Uzbekistan Islamic Movement (IMU) and the Afghan Taliban’s Haqqani network. The choice of the targets by the US explained its priorities as it went after foreign rather than Pakistani militants as if trying to remind Islamabad that these were their common enemies.

As in the past, the government condemned the drone strikes and said these violated Pakistan’s sovereignty and territorial integrity and impact negatively its attempts to bring peace and stability in Pakistan and the region. The government termed as ‘speculation" that Pakistan had requested the US to undertake the latest drone attacks. However, this couldn’t undo the widespread belief that the US would not have unleashed its drones at this point in time without some Pakistani consent.

However, the drone strikes would exacerbate the tension and contribute to the escalating violence dues to the likelihood of revenge attacks by the militants and make it even more difficult for the government to convince that section of the public opinion that objects to Pakistan’s alliance with the US in the ‘war on terror’.

As for the Nawaz Sharif government and the military being finally on the same page with regard to the issue of tackling militancy and terrorism, one is convinced that the two differed on conducting the peace talks with the militants but would easily agree on carrying out the military action if it comes to that. 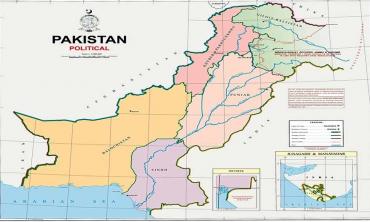