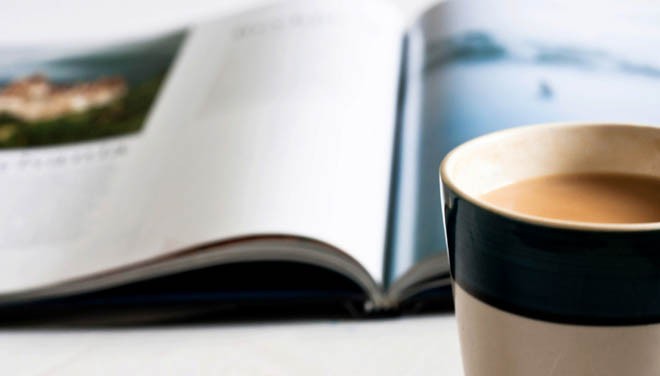 So much of the process of living out a day is nothing but tedium. You cannot make your routine existence artistic any more than you can reduce the writing of a symphony to become an activity as mechanical as grating cheese. But you can hum a concerto while chopping onions. Does that, necessarily, make your daily life better or superior? And nothing, not all the wisdom of Plato or Proust, fills the void created by loneliness.

Why do I seek solitude when I am in the midst of people? It is not because I have an inflated sense of my own importance; that is certainly not it, for whatever stuffing I might have possessed has been knocked out of me by the countless buffets of time. When I examine my own motives I find that I am as hollow -- or stuffed --  as everyone else and that I, too, am a bundle of contradictions -- desperately anxious to seek solitude but unable to remain by my own self for long. No, my misanthropic impulse ‘to get away from it all’ is not so much to do with renouncing company but to be absent from gatherings in which I am expected to ‘dazzle’. I am aware that retreating to a little corner of my brain with my ‘virtue’ battered, in its own membrane of vulnerability, is not a worthy exercise. If I am not a misanthrope then I have to be less uncharitable to those whose solicitude of my company may not be as feigned as I imagine it to be. Is altruistic interest, at its base, self-interest?

Culture is a prohibitive word these days. The mere mention of it puts people off. There is a hostility of cultural stuff which is disquieting. They either fight shy of the word by saying they have too many things to worry about, or argue with force that we live in a world of stratovision, a world in which three million programmes can be stored in less than five minutes in the new IBM computer and that in this constant flux of advancing technology what place can there be of solitary readings of Ghalib or Goethe, or of the mosaics of Alhambra. I was informed the other day that if I were to acquire a ‘Transfer Book V’, it would give me a five inch telephone that has a speed upto four times faster than 3G. I am totally lost. Why does a phone need to have speed and what is 3G, or 1G for that matter?

I used to think that in our present day set-up of chaos and cruelty the only solid thing I could hold on to was personal relationships. But the idea of a ‘person’ has been eroded by sociologists and psychiatrists. We don’t know what we are like, they tell us. We cannot know what other people are like. How, then, can we put any trust into personal relationships, or cling to them in the gathering storm around us? But we can, and we must, if we have to survive the violence and cruelty of our times. So I turn to personal relationships and trust that I can find only in a relationship between two people. Love is an extension of that trust. What matters most is that the person you trust must not let you down which implies that I, too, must not let him down. E.M. Foster wrote, "If I had to choose between betraying my country and betraying my friend, I hope I should have the guts to betray my country." I have wondered if I have the courage to do so and the answer is ‘No’. I dread being put on the wrack which, of course, means that like many people I am a coward.

Nobody but the actor knows of the vitality that has to be expended during a single performance even after months of playing the same part. But even after you have got into the habit of moving through the play automatically and without nerves, you are still strung up, to a certain extent, before you go on the stage.

We don’t know what we are like, they tell us. We cannot know what other people are like. How, then, can we put any trust into personal relationships, or cling to them in the gathering storm around us?

There are bad matinees when the right emotions wouldn’t come. There are scary moments when your mind goes blank and you have no idea what comes next, or what has gone before. This is known as the ‘long run syndrome’ and most actors have experienced it. A sudden unexpected sound, either backstage or in the front of the house, the absence of a prop, or a new intonation in the speech of the actor speaking to you, is quite enough to dry you up. It is a horrible, sickening sensation and it leaves you shaken and insecure not only for the rest of the evening but for several performances afterwards. I still have dreams about drying up in the middle of a speech, and not being able to hear what the prompter is whispering from the wings, I am in a state of blind funk. Will these nightmares never stop?

My passion is words. Words have two functions to perform: they give information and they create an atmosphere. The words that appear in a newspaper or in an advertisement give us information. When they are contained in a public notice they give us a warning such as ‘Beware of Pickpockets’ or ‘Mind the step’. Words do not become different because some are printed in a newspaper or in a book. It is their functions that make them different.

Let us turn to poetry first: "When the evening is spread out against the sky", or "From poles of skull and toe the windy blood". These two lines, the first from Eliot’s ‘The Love Song of Alfred Prufrock’ and the second from Dylan Thomas’ ‘Light Breaks Where No Sun Shines’ carry no information, only an atmosphere, an aura of the poet’s imagination. And when we move from poetry to the novel the changes that the words assume are even more marked. We learn a great deal about psychology. Indeed, there are times when reading a novel like Ulysses we are struck by the amazing way in which a novelist like Joyce describes not only the Irish society, the working of his characters, but about the reader as well so that the reader gasps and wonders; ‘How did the novelist find that out about me?’

Words have the power to raise our emotions, the power to create not only the atmosphere but a whole universe which seems more real than the universe in which we live. They transcend us into a different realm and this is why when we finish a book that belongs to the category we call literature, we feel elevated.