Of symbols and stories 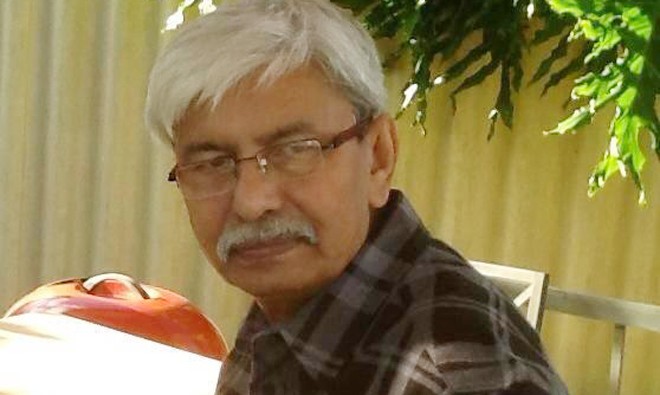 Back in the 1970s, Ahmad Javed emerged as one of the best short story writers that the singular symbolist movement in Urdu fiction produced.

"We were eager to do something different in literature other than what the common herd was engaged in. Such was the mood of the era," Javed remarked, reminiscing the days when they were locked in a fight with Urdu writers on the subject of new aesthetics of fiction.

The symbolists were accused of wiping off the element of story from Urdu short story and making it so ambiguous and boring that it diverted readers away from literature to commercial fiction in digests.

"We thought and still have the view that the conception of story needs to be redefined in every era, in the context of changing sensibility and perception of reality," says Javed.

The story, its plot, narrative, technique and language has undergone vast experimentation in the world literature, to make it more conducive to modern sensibility and changing conception of reality.

For a modern man, reality is no more as simple as it used to be. The discourse has to gradually adopt a philosophical tone. These days, the conception of a holographic universe has been a hot topic in the scientific scholarly circles. The complexities that have arisen from new discoveries and advancements in sciences regarding our understanding of reality have changed our way of looking at human situations.

So, is the classical format of plot still valid in the modern era?

In the 1960s, especially after the demise of Manto, there emerged a growing feeling of uneasiness about the superannuation of the traditional ways of story writing. The golden period of short story in Urdu, marked by literary giants like Manto, Ghulam Abbas and Bedi, led to a new phase posing a tough challenge to successors in Urdu fiction to explore effective expression of issues pertaining to modern man.

The political oddities of the 1970s worsened the situation. The debacle of Dhaka followed by the imposition of dictatorship in Pakistan denied its people the right to free speech, and the advocates of this right were awarded rigorous punishments through improper legal procedure. Therefore, in Urdu, the symbolist movement in fiction and the movement of linguistic reformations in poetry, led by Iftikhar Jalib, Gilani Kamran and others emerged in response to the call of the time.

Symbols were employed, experimentation with narrative and structure of language was conducted and the redefinition of story was considered necessary. New tools were employed along with an unusual narrative.

Surendra Parkash and Balraj Manera in India and Enver Sajjad, Rasheed Amjad, Khalida Hussain, Ahmad Hamesh and Ahmad Javed in Pakistan were initiators of this movement.

So far, four collections of his short stories have come out - the most recent is a collection of 54 stories, titled, Majmoo’a.

The main theme of one of the best short stories by Ahmad Javed, Keeray Makoray, in his stupendous collection Chirya Ghar, is that death of the collective consciousness of any society happens internally before it occurs externally. The protagonist of the story suffers from symptoms of an ailment and feels insects running through his veins, eating him from within, as a sign of the death of his consciousness.

Almost all the stories of Chirya Ghar contain references to animal characters symbolically.

Born in 1948, Ahmed Javed is a teacher by profession. He is mainly interested in politics and its impacts on human psyche. "In my last collection of stories Raat Ki Raani, as is clear from its title, the main focus is on women. Almost all stories in the collection revolve around some situation related to women,"  Javed says.

The story, with the same title as of the collection, focuses on male chauvinism and ends with the unique reaction of the protagonist’s wife -- he divorces his wife owing to doubts about her chastity.

Ahmed Javed’s maiden novel is in print and hopefully will soon be out. We hope the novel opens a way for the readers to see a new facet of his creative being and understand his fiction better.

Of symbols and stories