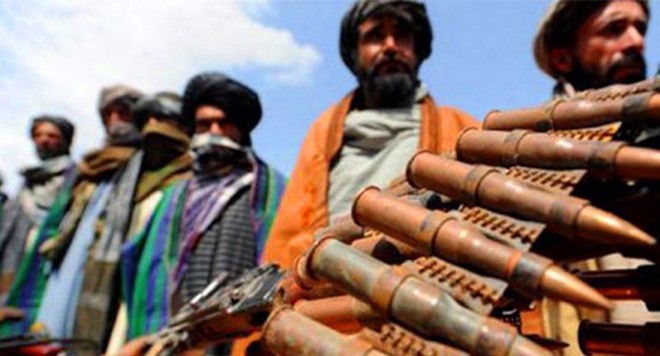 Just when the obituaries of the deadlocked peace talks between the Nawaz Sharif government and the Tehrik-e-Taliban Pakistan (TTP) were being written, a dramatic development took place with regard to the split in the ranks of the Pakistani Taliban. This seems to have created an opportunity for cutting deals to neutralise some of the militants’ groups in a bid to stabilize parts of the conflict zones, particularly the Federally Administered Tribal Areas (Fata).

Six and a half years after its formation, the TTP has suffered arguably its biggest setback with the division in its hitherto fairly disciplined ranks. It faced a major split on May 28 when its South Waziristan-based Mehsud faction announced that it was quitting the outlawed militant organization in protest against some of its policies and tactics. Azam Tariq, a Mehsud commander who is a top leader and spokesman of the Khalid Mehsud faction, held a press conference at an undisclosed location in North Waziristan to narrate the reasons for parting ways with the TTP.

The move would not only weaken the mainstream TTP headed by the hardliner Maulana Fazlullah, but would help identify the militant groups that are willing to hold peace talks with the government and the ones determined to continue fighting the state. In a broader sense, the pro-talks groups, such as the splinter Khalid Mehsud faction, could be termed reconcilable and the rest irreconcilable.

Like most militants keeping more than one name and preferring inspiring ones from Islamic history, Azam Tariq is the adopted name of Raees Khan, who in the past served as the central spokesman of the TTP and was, until recently, one of the 12 members of its highest decision-making central shura. And the real name of his boss, Khalid Mehsud, is Khan Said, whose alias Sajna, much to his discomfort, is now commonly used to refer to him.

Azam Tariq has been in frequent contact with the media while Sajna has yet to give his first interview. The latter’s personality is, therefore, shrouded in mystery. The affix Sajna has added to the mystique characterising the Mehsud tribesman who is increasingly being portrayed as someone with whom the government could cut a peace deal in a bid to stabilise the part of South Waziristan inhabited by the Mehsud tribe and in the process effectively divide and weaken the militants.

The Sajna group would be expected to not commit the crimes for which it blamed the mainstream TTP. If these hopes are fulfilled, one should expect a significant drop in terrorist attacks in Pakistan and further splintering of the TTP .

The TTP, since its inception in December 2007, has suffered a number of setbacks, but it had managed until now to stay intact despite differences between some of its top commanders. It overcame the death of its founder ameer, Baitullah Mehsud, in a US drone strike in August 2009 and became an even more violent organisation under his successor, Hakimullah Mehsud. The latter’s death in yet another drone strike on November 1, 2013 was a huge loss for the TTP, but it averted a split in its ranks despite the clearly visible dispute among its leadership on the issue of selection of the new head.

As a compromise, the Swat Taliban leader, Maulana Fazlullah, was eventually made the TTP ameer when the dominant Mehsud factions failed to agree on a consensus candidate from within their ranks. However, it soon became obvious that Fazlullah, who escaped to Afghanistan after suffering defeat as a result of the military operation in Swat and other districts of Malakand division in early 2009, was a weak TTP head due to his absence from the scene in Pakistan and also his inability to implement his decisions.

The simmering discontent among the several head-strong TTP commanders on the issue of leadership kept haunting its central shura and affected its activities and potency. Matters came to a head when the Mehsud militants began fighting each other in March 2014 under the leadership of Khan Said Sajna, the late Commander Waliur Rehman’s successor who led the stronger faction, and Shahryar Mehsud with the reputation of a rogue fighter having even caused problems in the past for Hakimullah Mehsud.

The Sajna faction suspected that some members of the TTP central shura were backing Shahryar Mehsud. Their suspicions were reinforced when sections of the media reported that Fazlullah had removed Sajna as head of the TTP’s South Waziristan chapter and replaced him initially with Khalid Haqqani, the deputy head of TTP, and later with Omar Khalid Khorasani, the commander of the TTP’s Mohmand Agency unit.

Fazlullah’s decisions were unimplementable as the Taliban from the Mehsud tribe would never have accepted an outsider to be their commander. As an aide to Sajna put it, Fazlullah neither appointed Sajna as the commander of Mehsud Taliban in South Waziristan nor had the authority to remove him. He was right as Sajna not only continued to head the TTP’s South Waziristan chapter but also systematically began eliminating his rival Shahryar Mehsud’s fighters.

Though precise figures are hard to get, sources in the Sajna faction claimed that he lost not more than a dozen men in the clashes with Shahryar Mehsud’s group and managed to kill almost 100 fighters loyal to the latter. If true, this would stamp Sajna’s authority in the militant circles in the Mehsud tribal territory in South Waziristan and provide his faction a strong footing to expand his influence to other tribal agencies, the adjoining districts in Khyber Pakhtunkhwa and further afield in the rest of Pakistan.

A split of such a magnitude had never occurred in the TTP in the past. A couple of years ago, it was a confronted with a division in its ranks when Fazal Saeed Haqqani, the TTP commander for Kurram Agency, parted ways with it and announced formation of the splinter Tehrik-i-Taliban Islami Pakistan. However, he had a small number of fighters compared with Sajna and his stronghold in Kurram Agency was relatively less strategically important for TTP than South Waziristan. Also, Fazal Saeed Haqqani’s rebellion against the TTP was short-lived as he returned to its fold some months later when the security forces demolished his house and gas station in Sadda as punishment for claiming responsibility for a bomb explosion that killed scores of Shias in Parachinar.

On another occasion some years ago, the TTP deputy leader Maulana Faqir Mohammad from Bajaur Agency was sacked by Hakimullah Mehsud for issuing statements in support of holding peace talks with the government. The issue of peace talks, it seems, has all along been causing divisions in the TTP ranks. Even now, it is widely believed that Sajna’s persistent backing for peace talks with the government of Prime Minister Nawaz Sharif was one of the reasons for his growing differences with certain top TTP commanders who were opposed to the negotiations.

Though the TTP central shura eventually agreed to hold peace talks with the government in February this year and even announced unilateral and unconditional ceasefire for 40 days, the anti-talks commanders, such as Fazlullah and Khorasani had the final word when the shura refused to extend the ceasefire beyond April 10 unless its two demands concerning release of Taliban prisoners and establishment of ‘peace zone’ in South Waziristan’s Ladha and Makeen areas were accepted.

Though the likelihood of resumption of peace talks in the near future appears unlikely due to the splintering of the TTP, the situation with regard to the process would become clear in due course of time as the Sajna faction would now be independent enough to pursue negotiations with the government. Its hands were tied until now due to the strong, anti-talks lobbies in the TTP central shura. This would no longer be the case and Sajna, as head of a parallel TTP that could attract a few more factions and commanders, would be in a position to hold direct peace talks with the government and deliver on the agreed terms.

The serious allegations that the Sajna faction made against the Fazlullah-led TTP amounts to a charge-sheet in which every crime, ranging from taking money from outsiders to undertake attacks in Pakistan to kidnappings for ransom and using fake names to claim responsibility for bombings carried out by its men have been listed. The Sajna group would be expected not to commit the crimes for which it blamed the mainstream TTP. If these hopes are fulfilled, one should expect a significant drop in terrorist attacks in Pakistan and further splintering of the TTP and its gradual weakening. That is a tempting prospect, but achieving it would require all the right and timely moves on the part of the government and its military and intelligence agencies.