Fight on for land 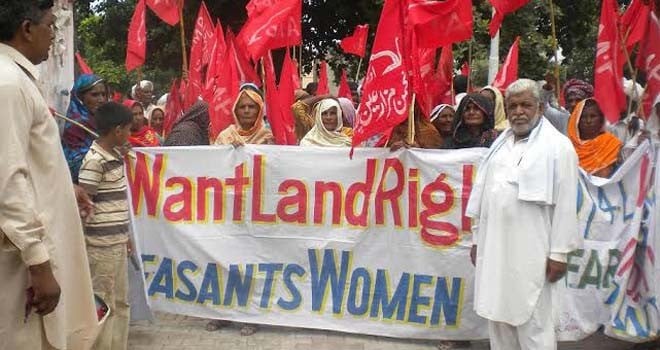 Once the subject of every dewy-eyed Pakistani college student’s fascination, the struggle of Okara’s landless peasants which started in 2000 was seen in its glory (alternatively, gory) days as Pakistan’s equivalent to the 1917 Russian Bolshevik Revolution. It was a miracle, they said. For some of the world’s poorest and downtrodden farmers to form a group and lead a resistance movement against Pakistan’s Czarist military establishment was unheard of. Before former Chief Justice of Pakistan Iftikhar Chaudhry appeared on the scene, there was Anjuman-e-Mazareen-e-Punjab (AMP) and its all female thappa force.

In the year 2003, the owners of Okara Military Farms -- which commands control over more than 17,000 acres of cultivable land in Punjab -- called in the Rangers paramilitary force to quell the farmers’ protest and force them to sign a new contract agreement. The violence and brutalities that followed this encounter between the Army and peasants were next morning’s lead stories.

The Pakistani media descended upon Okara, penetrating every village Chak to find a widow bereaved, a child orphaned, a body mutilated and thrown into a dirty canal.

So what made the hordes of journalists, television anchors, and cameramen depart from the ‘killing fields’ of Okara?

Through clever deployment of civil disobedience -- an all-out refusal to pay rent and share harvest produce -- combined with an impressive show of people power, the AMP successfully managed to force the military off their disputed lands. Withdrawing into their heavily guarded fortresses of power, Okara Military Farms waved the white flag and the district’s farmers were left to grow whatever crop they and their families desired.

As formal democracy returned to Pakistan with the resignation of President Pervez Musharraf and the election of a Pakistan People’s Party (PPP) government into power in January 2008, police brutalities lessened and it was widely perceived that normalcy prevailed once again in Okara.

Fast forward to April 2013, the soon-to-be Prime Minister Nawaz Sharif held a rally in the district and promised AMP leadership of complete rights to the land their forefathers had tilled under British rule.

The final destination of the movement was near in sight.

"The siege of Okara is a blot on Pakistan’s collective conscience and must be lifted immediately… Peasants have no political agenda -- land is about livelihood and physical survival."

And yet 14 years later, since the launch of the movement in 2000, a stalemate finds Okara’s peasants still landless, unable to apply for benefits under various Punjab government schemes including Shahbaz Sharif’s much-celebrated Green Tractor Scheme. While the PML-N government fails to deliver on its election promises, the owners of Okara Military Farms are refusing to let go and are continuing to demand the Shahbaz Sharif government to extend their property lease.

The Punjab government had given this land to Okara Military Farms on a 20-year lease in 1913. The lease expired in 1933 and was renewed for another five years. After the expiry of this extension in the lease, the owners of the farms did not bother to apply for a fresh lease agreement and are since then occupying the land.

Talking of the situation in Okara today, founder of the Anjuman-e-Mazareen-e-Punjab movement Younis Iqbal says the farmers have no legal standing to prove their ownership of the land, in spite of Chief Minister Punjab Shahbaz Sharif’s recognition of their rights in his talks with the AMP leadership.

"They haven’t issued us papers certifying this land is ours. Under the rules laid down by the Punjab Revenue Board, you can’t legally assume ownership of uninhabited tracts of land by simply occupying and growing crops on the land. Our blood and sweat has been spent cultivating crops on this land for successive generations, and no government in Pakistan’s history has given us our rights to ownership."

After holding a long march from Khanewal to the premises of Punjab Assembly in Lahore in June 2010, the AMP leadership received a letter from the Chief Minister promising a dialogue.

Younis and his colleagues thereafter participated in two consecutive meetings with Chief Secretary Punjab, representatives of Revenue Board, and City District Government Lahore.

In both meetings, the AMP leadership was informed that a process for transferring land ownership had begun and soon every farmer in Okara would be allotted his/her fair share of land.

A committee was set up on the orders of CM Shahbaz Sharif to jumpstart this transfer, according to AMP leader Younis Iqbal.

The current PML-N MPA representing Okara in the Punjab Assembly, Mian Yawar Zaman played a crucial role in serving as a liaison between the Punjab government of Shahbaz Sharif and AMP leadership.

Speaking of his elected representative Yawar Zaman, AMP’s Iqbal said: "under Benazir Bhutto’s rule, Mian Yawar Zaman had been a farmers’ leader and activist. He had pleaded the government to give 60 per cent of the profits from the Seed Corporation to the tenant peasants and 40 per cent to the government. But when there was pressure from the military establishment and feudals in the assemblies; he fled and left us (AMP) to fight our battles alone."

Pressure from the headquarters of Pakistan’s military-industrial complex in fertile Okara is indeed strong. According to Younis, the military continues to derail talks among all three parties, which if uninterrupted could potentially lead to a favourable compromise. The AMP leader fears that the Military Farm owners are waiting for the perfect opportunity to lay siege and force Okara’s farmers off their lands again.

"They can easily take advantage of our poor legal standing and deprive us once again; and what do we tell the courts? That our blood and sweat should be proof enough?" asks a visibly disillusioned Younis Iqbal.

His colleague and General Secretary AMP David Rehmat shares different grievances. According to Rehmat, the land belonging to Okara’s farmers is being allotted by the present Punjab government to several multinational companies for corporate and model farming.

Apart from sharing concerns with male leaders, Anjuman-e-Mazareen-e-Punjab’s women wing has its own fair share of concerns. Asia Bibi, one of the female leaders and part of the thappa force, says despite toiling in the fields day and night, women are yet to be recognised as agricultural labourers on par with male labourers. Speaking on the subject of land ownership, she says women should not be denied their share in property and government schemes for Punjab’s farmers must include Okara’s female farmers under their umbrella.

"In the aftermath of the 2003 encounter, an impression was created in mainstream Pakistani media that women taking part in the protests were empowered and could demand equal status at home. Yet, reality returned when families returned to their homes. Men can break down char-dewari rules by involving us in the movement as a thappa force; but can they grant us land ownership rights and right to sell harvest in the market?," Asia Bibi questioned Okara’s male farmers.

Gulnar Tabassum, who has documented the struggle of Okara’s women, agrees with Asia Bibi on the discriminatory treatment of women. "Okara’s female farmers need help to directly work with policymakers at the grassroots level. Many men do not want women to participate in the campaign for change. Even when they allowed women to support their objectives, they did not empower women. It has been the norm that men never involve women in the process for change, and when they do, it is for the benefit of men, and once the men have advanced their goals, they put women back under lock and key," remarks Tabassum.

Both Younis and David are quick to erase all fears of male control. "We have worked in brick-kilns; therefore we have firsthand witnessed the resilience of our sisters, mothers, and wives. When the men were scared of taking on the Rangers; Okara’s women took the lead and armed themselves with thappas. This movement is for all landless peasants, irrespective of caste, religion, and gender. The female farmers should also be awarded tracts of land under any future government policy."

Responding to claims of negligence, PML-N MPA PP-191 (Okara-VII) Mian Yawar Zaman says complete ownership cannot be achieved overnight. The MPA says that we should expect this process to go on for another ten years or so with the owners of Okara Military Farms standing by their demand for lease extension. Zaman adds that a number of influential political figures with landholding interests and sympathies with the Pakistan Army are also blocking attempts to resolve the longstanding dispute.

After embarking on a fact-finding mission in Okara in May 2003, the Pakistani academic Pervez Hoodbhoy narrated his impressions of the struggle in a heartfelt article for India’s Outlook magazine:

"The siege of Okara is a blot on Pakistan’s collective conscience and must be lifted immediately and unconditionally… Peasants have no political agenda -- land is about livelihood and physical survival. Pakistan cannot bear the shock of nearly a million of its own people being dispossessed of the lands they have tilled for over a century."

Eleven years later, the landless peasants of Okara clamour for their rights against all odds and omens of government failure and an entirely possible military siege.

Fight on for land 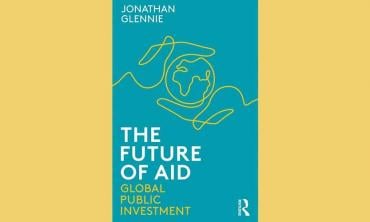 To the end of aid? 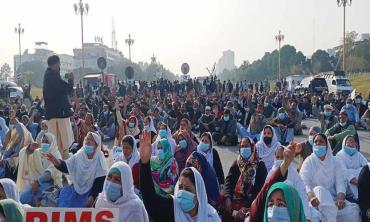 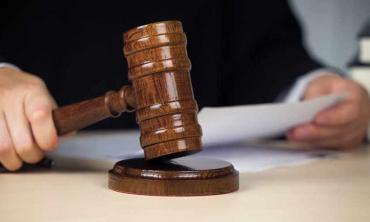