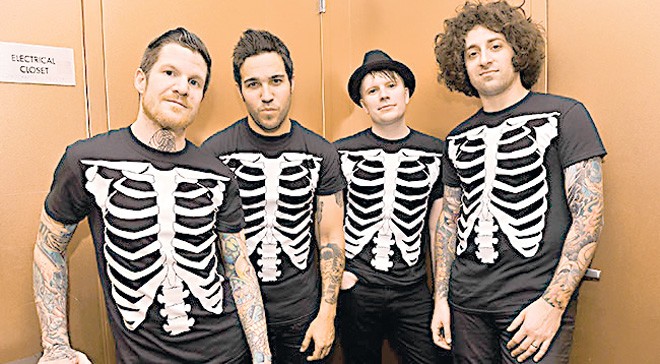 The band was, after all, most famous for its bassist Pete Wentz being married to Ashley Simpson. So I tried really hard to not like the album but Save Rock and Roll by Fall Out Boy was irresistible. In fact, the album is easily the most fun album I have heard since Maybe You’ve Been Brainwashed by the New Radicals. Or The 2nd Law by Muse, maybe. And American Idiot by Green Day, maybe. And the Noori Live at the Rock album, also maybe. OK, so it is not the most fun album ever; it is still one of the best and most fun albums in recent memory.

To think the odds were stacked against FOB: this was a comeback for the pop-punk darlings who broke up four years ago. They have come back changed, main men Patrick Stump and Pete Wentz particularly. Stump is way thinner and comes back to a pop solo career that did not catch fire. Paparazzi target and lyricist Wentz is divorced. Music tastes had changed too. So the Punk is jettisoned and has been replaced by a slick pop rock with a huge production. This is an album chockfull of prospective hits (‘The Phoenix’, ‘My Songs Know What You Did in the Dark’, ‘Save Rock n Roll’, ‘Alone Together’, ‘Just One Yesterday’,’ Young Volcanoes’).

Each song is just hook after hook after hook, one singable epic part after another. The album reminds one of the classic pop-rock albums of the ’80s, think Thriller, Bad, Faith, Hysteria in the sheer number of catchy bits. It comes as no surprise that one finds one of the day’s major rock/pop producer Butch Walker (Taylor Swift, Pink, Katy Perry, Avril Lavigne) at the album’s helm. He proves he can do it with boys too. Make hits that is.

Lyrically the album holds up too. It is a rallying cry to the youth (first words on the album: "Put on your war paint"). Pete Wentz is not just a party dude; he pens some great lines ("you are what you love/not who loves you; blood brothers in desperation/an oath of silence for the voice of our generation"). Next to Stephan Jenkins of Third Eye Blind – another sterling lyricist famous for dating models – Wentz is the premier lyricist in his genre. He might not be as literate or have the pathos of Jenkins but he, to his credit, is not over-wordy like Jenkins or Adam Duritz. He certainly gets the vibe right and the vibe is uplifting ("I will sing the songs/ that you can’t stop singing"), youthful ("we are wild/we are like young volcanoes") and defiant ("in a world full of the word yes/I am here to scream no") even if laced with romantic bitterness ("let’s be alone together; my heart is like a stallion/ they love it more when it’s broke in; I’d trade all my tomorrows/ for just one yesterday").

The title to the album is really a con, sort of like U2′s Achtung Baby. The album does not save rock n roll: what you get here is more pop and soul and R&B than rock. However, the album has the insane ambition of rock and possibly its scale too. Many a guests are featured on the album, some are surprisingly brilliant (Elton John really works brilliantly on the title track when he really shouldn’t) and some disappointingly not (Courtney Love on ‘Rat-a-tat-tat’).

The star of the album is however Patrick Stump. What a singer and musician he is. He just belts one catchy bit after another. He is more of a soul singer than a punk singer, what Billy Corgan (Smashing Pumpkins) or Billie Joe Armstrong (Green Day) may be if they had better voices. As mentioned earlier, he was once fat, but is not so now. Yet he still sings with the soul-laced desperation of a big ass fat guy. Sometimes however his voice sounds overproduced with way too many effect on.

The ambition of the band does not end with the album. One just has to watch the videos. Amazing. Mad. Ambitious. It is a masterstroke how in fact all the videos connect together and make up one weird movie. The band intend to make videos for all the songs. Nine out of 11 videos are already out. In this, the album seems to be a complete multimedia package.

Overall, there are really no bad tracks on the album; even the weakest tracks like ‘Rat-a-tat-tat’, ‘Miss Missing You’ and ‘Death Valley’ are strong. If one was forced to come up with something approaching negative, one can say that there is a degree of sameness to songs, going from anthemic to super anthemic. There are no ballads. The mood does not change and it can feel repetitive, but like a really happening party, you soon get your second wind and are off again. The album thus remains an essential buy and a must-listen. 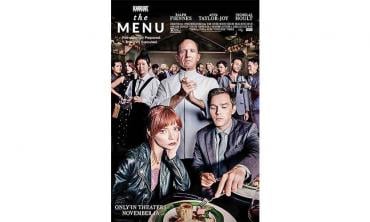 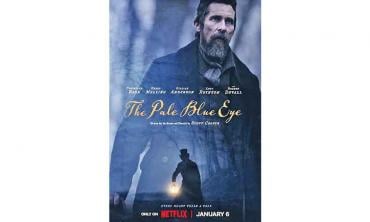 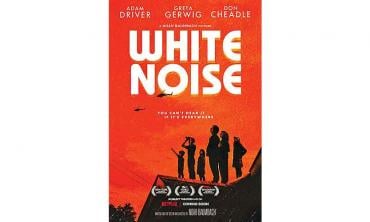