The marginality of progressives 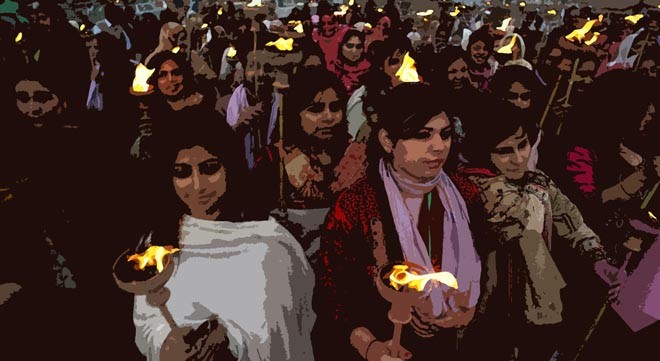 The distinction between liberal and left is less a topic of dialogue among contributors to newspapers or social media, but more for berating the other when making one’s own point of view. It is from this perspective that Rubina Saigol’s article titled "Shrinking space for Liberals" in this paper is a good first step in initiating introspection among liberals whom Saigol includes in the progressive stream.

She specifically analyses ‘liberal’ political parties arguing that liberal politics’ loss of concentration on class, of challenging neo-liberal dictates and imperialist interventions in the Muslim world while singularly concentrating on Pakistan’s religion-based state has been its own undoing. This is quite representative of other critiques of liberals by various progressive writers.

While I mostly agree with Saigol’s position, the analysis is incomplete in assessing the conundrum of progressives. In this, I include the liberal, leftist, secularist, nationalists and feminist groupings (not parties) to state but a few as part of the progressive stream as they all have a history of challenging military dictatorships, state-led fundamentalism or neo-liberalism, the three factors Saigol describes as having led to the current ideological conundrum.

Borrowing from Laclau and Mouffe’s argument for radical plural democracy, my analysis instead suggests inherent structural flaws in progressive politics spanning both discourse and methodology which I argue as the reasons behind current marginalisation of not just liberals but progressives as a stream.

An important factor in the decline of progressive space and ideas is not their ideology per se but of adoption of ideological orthodoxies. As Saigol suggests for liberals, individualism taken to the extreme disconnects one from the collective leading to acceptance of neo-liberalism or ignorance of class as a factor.

For the secularists, terming religion itself as the problem instead of making a differentiation between beliefs, practices and ideologies on the basis of the place of religion in the public sphere can only lead to an extremely limited room for manoeuver in a deeply religious (though hypocritical) society. For the nationalists, terming the whole of privileged nationality the enemy can only lead to marginality and lastly for the feminists, terming all men as the problem and thus leaving them out of the struggle can only mean reinforcement of segregation.

The progressive groupings need to be differentiated from NGOs. It needs to be clearly stated and understood that the patron-client NGO model cannot build a movement because it is not member-based; its dependence on foreign funding leads to both sustainability issues as well as a lack of penetration among domestic privileged classes.

These living orthodoxies within each of the progressive groupings suggest two important points. One, the current hegemony of the cultural-political-economic reactionary programme is not just because the reactionaries are an organised force without contradictions but because the progressives with their fixed identities due to acceptance of ideological orthodoxies have failed to evolve an alternative hegemonic programme.

The progressives may understand but still fail to accept that a grouping on its own cannot build the hegemonic counter narrative to the reactionaries, as can be observed from personalised debates rather than a dialogue meant to delineate and clarify differences of opinion. Two, the diversity of ideological positions (orthodox and reformist) within each grouping itself means that neither of the groupings can be equated with the ideological orthodoxy as a whole; thus, leaving open the possibility of bridging the gaps between these groupings but only if their articulations leave room for a minimal consensus between them.

Another important factor is the lack of an indigenous discourse. While colonialism, imperialism, capitalism and Islamism to name a few have been high on the criticism agenda of progressives, little has been accomplished to build, frame and popularise an alternate knowledge base that is both rooted and easily communicable. Language simplicity, cultural grounding and catchiness are tied to both association and ideological comprehension by the general public and cannot be simply disregarded as mere populism.

Similarly, localised symbolism and imagery can’t be stressed enough -- thus ‘roti kapra aur makaan’ will forever trump ‘saamraj’ which cannot be felt directly while ‘secular’ will always feel foreign as compared to ‘Islam pasand’. This raises the question of whether Baba Farid’s terming of bread the 6th pillar of Islam can be appropriated to articulate the class question, or Bulleh Shah’s belief-based criticism of religious orthodoxy’s interventions in public sphere can be used to articulate alternative secular frameworks? Here, the discursive division between English, Urdu and the regional language realms remains a big hurdle in building a rooted progressive narrative because progressive organic intellectuals are lacking.

Lastly, the progressive groupings need to be differentiated from NGOs as this factor has weakened progressive politics on the methodological front as orthodoxies have done on the discursive. It needs to be clearly stated and understood that the patron-client NGO model cannot build a movement because it is not member-based; its dependence on foreign funding leads to both sustainability issues as well as a lack of penetration among domestic privileged classes leaving these classes apolitical or open to reactionary ideas and associations.

Additionally, its abundance of funds can corrupt burgeoning leaders by enticing them from activism towards personal social mobility.

Thus, a critical assessment of the NGO sector is required to clearly demarcate their space such that NGO work does not become a hurdle in the building of progressive movements. Research in this regard should be an urgent topic to explore which domains including rights, service delivery, research, education etc. facilitate or impede progressive politics.

Overall, Pakistani progressives need to rethink their politics. They have been held hostage to respective group orthodoxies leading to a fixed identity, which sees the other grouping’s motivational and organisational base not as different but wrong. Further, each grouping also perceives the identity of other grouping as fixed. It is thus that one hears liberals being lambasted for being fixed on the religious state ignoring class altogether, or leftists for vice versa. Neither is true as glaring and structural inequality cannot be wished away by a liberal nor can perpetual killings of religious minorities or particular sects by a leftist, but each is not motivated enough to publicly protest both.

It is only when these groupings accept that they currently live under the hegemony reinforced by a diverse set of reactionary forces, can they comprehend that a progressive hegemonic programme requires a plurality of autonomous groupings without a fixed identity. This is not to argue that there are no concrete differences of position between these groupings -- for the secularists, the use of liberal Islamic opinion only reinforces the current religious hegemony while for liberals, it may counter the discourse of Islamism.

Can these progressive groupings begin to articulate their positions so as to educate, attract and thus influence other groupings towards building the discourse and collective strength needed for the existing challenge? Because business as usual means continued marginality for all.

The marginality of progressives