The rise and fall of Hafeez 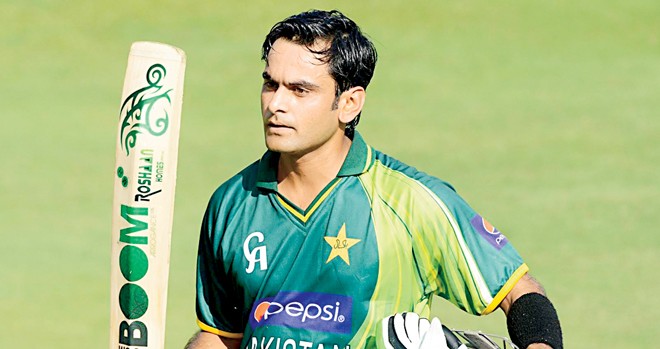 The end of the World T20 championship brought to an end another underwhelming stint for a Pakistan captain. When Mohammad Hafeez announced that he would be stepping down from his post as the captain of the Pakistan T20 team, it almost seemed like he had walked before he was pushed. It’s been an almighty fall in the two years for the man who was supposedly in line to become Pakistan’s captain across at least two of the three formats as recently as eighteen months ago.

The T20 job was supposed to be his audition. Pakistan had a proud record in T20s when Hafeez took over. They had never fallen before the semi-final stage of the World T20 and still held the belief that if they came to the party there was no one beating them - well apart from Michael Hussey.

Hafeez’s appointment was seen as Pakistan removing its shackles from Misbah’s tenure and moving on to a more proactive mindset. But like so much of Hafeez’s career it’s difficult to find a middle ground between the extremes.

On the tour to India in 2012/13 Hafeez scored 116 off 70 balls across his two innings; he followed that up with 86 off 51 against South Africa. This was the man Pakistan had turned to as captain. Or rather this was the incarnation they wanted of him. Those three innings turned out to be oases in a desert. Either side of that Hafeez became a liability more than a leader, it seemed. Against top-8 sides (excluding those three innings) he scored 399 off 388 balls, barely over run-a-ball. Thus he became a millstone for the team to carry around. Rarely was this more evident than during crunch matches in the World T20s. He ended up in his two World T20s as captain with a SR of 90, and on average 23 balls per innings. He wasn’t quick enough to help the team, and his stays weren’t short enough for the remaining ten men to be able to carry him.

During the last two years no top-8 team, except Pakistan, has a run-rate in T20s below 7.50. So whether it was Hafeez the captain, or Hafeez the batsman, both can be blamed for Pakistan being exceptional in T20 cricket, and not in the way they imagined.

And yet, his defenders will point to the simple fact that over the course of his tenure only India and Sri Lanka had a better win-loss ratio than Pakistan. Hafeez finished with a win-loss ratio above 1.50, but it was greatly helped by the matches against the lesser sides. Against the top-8 he won only half of his 24 matches.

Even within the wonky parameters of T20 cricket, Hafeez’s tenure was especially odd. Pakistan played a far more carefree brand when the pressure wasn’t on them. Hafeez’s record, even only against the top-8, is similar to Misbah’s, and far better than Afridi’s (who had just 7 wins in his 18 matches against top-8 sides). Pakistan’s record in World T20s masks their overall mediocrity in the format. They might believe that they are unbeatable if they turn up to a game, but before Hafeez took over Pakistan had lost more than it had won in T20s against the bigger sides. And yet Hafeez brought them to within one victory of the number 1 ranking in December 2013.

In the end, it’s difficult to completely castigate Hafeez, because as he has proven over the past decade, he is an extremist. His highs are extraordinary (the 86 in Centurion, for instance) but his lows are too numerous and abysmal for him to ever be trusted. Pakistanis found it easy to castigate Waqar Younis, Inzamam and Misbah-ul-Haq as conservative captains who were going against Pakistan’s stereotypical macho attitude to captaincy; the reason was that they were conservative consistently. Hafeez was never consistent in this regard, he could be aggressive if that was his wont, but he ended up straddling the line between conservatism and cowardice more than any other captain in Pakistan’s recent history, most obviously in the matches against India in the World T20s in 2012 and 2014. And they, for better or worse, will define his tenure.

When he was appointed I wrote about how the idea of having multiple captains across formats might work in other countries but it was the equivalent of playing with fire when it comes to Pakistan. I feared that the appointment would damage Pakistan’s fortunes in Test cricket just as soon as they were beginning to finally become a decent side. Perhaps it was worth sacrificing the Test team in order to improve the chances in the shorter formats. Alas, we never were able to find that out.

The rise and fall of Hafeez