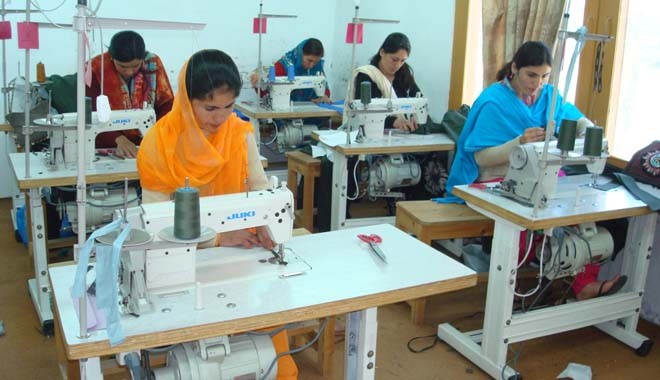 Social protection refers to a set of benefits provided by the state, market, civil society and households, or through a combination of these agencies, to individuals or households to reduce multi-dimensional deprivation. This multi-dimensional deprivation could be affecting less active poor persons (e.g. the elderly, disabled) and active poor persons (e.g. unemployed). This broad framework makes this concept more acceptable in the developing countries than the concept of social security.

Social security is more applicable in conditions, where large numbers of citizens depend on the formal economy for their livelihood. Through a defined contribution, this social security may be managed. But, in the context of wide spread informal economy, formal social security arrangements are almost absent for the vast majority of the working population.

Besides, in developing countries, the state’s capacity to reach the vast majority of poor people may be limited because of its limited resources. In such a context, multiple agencies that could provide social protection are important for policy consideration. The framework of social protection is thus capable of holding the state responsible to provide for the poorest sections by regulating non-state agencies.

By Asian Development Bank’s definition, social protection consists of policies and programmes designed to reduce poverty and vulnerability by promoting efficient labour markets, diminishing people’s exposure to risks, and enhancing their capacity to protect themselves against hazards and interruption/loss of income.

According to ILO, social protection is associated with a range of public institutions, norms and programmes aimed at protecting workers and their households from contingencies threatening basic living standards. Broadly these can be grouped under three main headings: social insurance, social assistance and labour market regulation. Social insurance consists of programmes providing protection against life course contingencies such as maternity, old age or work related contingencies like unemployment or sickness. Social assistance provides support for those in poverty. Normally social insurance is financed by contributions made by workers and their employers whereas social assistance is tax financed. These institutions have been fully established in developed countries, but in developing countries their development has been uneven.

At present, four out of five people worldwide do not benefit from a level of social protection that allows them to realise their human right to social security. There has been increasing informalisation of the labour force in developing countries over the past few decades. Simultaneously, there has been a feminisation of the labour force. One aspect of these dual phenomena is the growth of subcontracted home-based work in both manufacturing as well as services, and to some extent in agriculture.

Home-based work has a dual and contradictory character: on one hand, as a source of income diversification for poor workers and the emergence of micro-enterprises, and on the other, the source of exploitation of vulnerable workers as firms attempt to contain costs.

The poor conditions of work and related health issues, the low rates of pay (which often keep the households close to poverty-line), and the vulnerability of the households especially if home-based work is the main source of income. Furthermore, home-based workers are invisible, non-unionised and the lack of collective action can make them very vulnerable.

Ignoring their existence and focusing social protection on the formal sector alone was one of the mistakes made by previous policy makers. The magnitude of home-based work and the degree of exploitation of these workers call for much greater public intervention and collective action to improve the conditions of home-based workers.

In Pakistan, the implications of economic shocks to the ultra poor households are considerable. Once the implications triggered by these economic shocks are understood, it becomes obvious that the ultra-poor need healthcare and social security coverage, and in particular hospital treatment and hospitalisation cover, which are not offered by even the best of the primary healthcare facilities and Basic Health Units (BHUs) in Pakistan.

The International Labour Organisation (ILO) has adopted various recommendations and conventions on social security, which provide a comprehensive definition of social security. Pakistan has ratified three of them (C18 on Workmen Compensation (Occupational Diseases), C19 on Equality of Treatment (Accident Compensation), C118 on Equality of Treatment (Social Security)).

In Pakistan, social security and pension schemes sponsored by the government actually benefit a small proportion of the population in the formal sector. The first law for social security in Pakistan came out in 1972 but was never implemented. The current law was enacted in 1976 and implemented old-age benefits.

Since 2006, the civil society in Pakistan has gone through a long consultative process to prepare a draft "National Policy on Home-Based Workers" -- which was, later on, endorsed by the Ministry of Women Development (MoWD) as well. Then the policy was handed over by the MoWD to the Ministry of Labour and Manpower in November 2009 to present to the federal cabinet for approval.

Unfortunately, the national policy for the home-based workers became a victim of 18th Amendment. The Sindh and Punjab governments, however, took initiatives and finalised the policy but that too calls for proper approval and an effective implementation mechanism. The draft of the national policy has been submitted for the third time by the Ministry of Law, Justice and Human Rights and awaits approval from the federal cabinet. Standing in 2014, we are still far away from bringing the main labour force of the informal sector under regulation and extending social protection to them.

There is a need to sensitise key national and provincial institutions like Employees Social Security Institutions (ESSI), Employees Old-Age Benefits Institution (EOBI), and Workers Welfare Fund (WWF) etc about the plight of HBWs and significance of their role as ‘workers’ in the national economy.

Though Pakistan has ratified all eight ILO core labour standards, it has not brought national legislation in line with the ILO Conventions No. 87 (freedom of association) and No. 98 (right to collective bargaining).