Two faces of a tradition 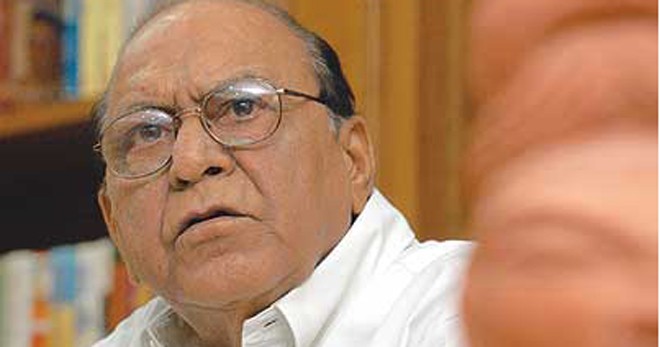 With almost similar trends and issues, techniques and styles, the tradition of Indian and Pakistani Urdu short stories are like two sides of the same coin, two faces of one literary institution in two different regions. A recently published book Aaj ki Kahaniyan, compiled by distinguished scholar and critic Dr Gopi Chand Narang, substantiates the premise.

Covering a span of time from 1947 todate, the voluminous anthology of stories contains literary pieces of around 52 Indian writers. Through this anthology, we get a chance to view the literary scenario of Urdu short story in India. The variety of trends and issues along with some similarities make the tradition of Urdu short story distinct from ours in more than one way.

Gopi Chand Narang is a well-known scholar, having to his credit remarkable contributions especially in the field of Urdu criticism and research. His work earned him a high ranking among the foremost Urdu critics and a number of distinctions and awards.

Those times now seem to be long gone, when Urdu was fortunate enough to have a constellation of non-Muslim admiring and supporting writers, who no doubt produced some of the best pieces which Urdu is still proud of. However, unfortunate enough is the fact that this number has narrowed down over the last some decades. Only a few out of this list now prefer Urdu to be the language of their expression.

What strategy has been devised to keep the tradition of Urdu writing flourishing in non-Muslim writers? I asked the accomplished Urdu critic and poet Dr Satyapal Anand on his recent visit to Pakistan. The answer was in the form of a counter question, "No matter how few in number, we are still writing in Urdu. This is what we are supposed to do. What did you do in this regard? After all, it will be a loss for you too if no non-Muslim Urdu writer survives."

The situation is not so bleak, assured Dr Khalid Ashraf, another established Urdu writer and critic from India. Last year, he produced a voluminous and notable anthology of Urdu short stories, comprising Pakistani and Indian writers in two volumes.

The stories in anthology represent a wide range of techniques, styles, and themes, from simple and pure realism to symbolism and magical realism. The compiler has ensured the representation of the diversity, and heterogeneity of styles, themes, issues and modes emerging at different times in the past six decades in Indian Urdu fiction.

The movement of symbolism did not fail to attract a number of brilliant writers like Surendra Parkash and Balraj Manera in India and Enver Sajjad, Khalida Hussain, Rashid Amjad and Ahmad Javed in Pakistan. They produced, undoubtedly, some of the memorable Urdu short stories.

Wo by Balraj Manera is a skillfully crafted single-character story focusing on man’s quest, though fruitless, for solution to his inner anxiety and quest for happiness. Khalid Javed focuses on a fertile smooth narrative, while Nayyer Masud on the development of a dreamlike misty atmosphere. Iqbal Majeed’s marvellous piece of fiction Tamaash Ghar relates a story of two characters who reach the same decision in their separate troubled social and economic situations.

Though the anthology lacks introductory notes on the contributors, it opens a window for the readers to look at the scenario of Urdu literature in the Indian land and the turns and twists Urdu short story has taken after  Independence.

Two faces of a tradition