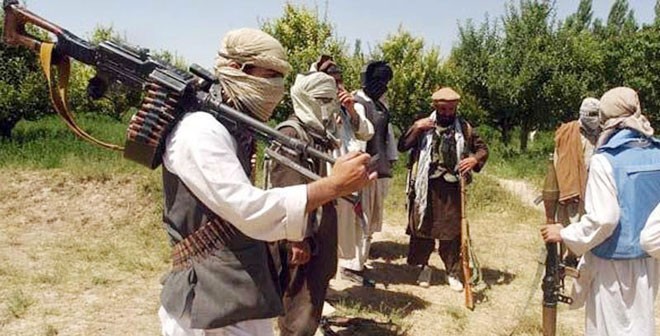 Differences in the Tehrik-i-Taliban Pakistan (TTP) aren’t something new, but it is unusual for its various factions to start killing each other using heavy weapons.

This happened recently in South Waziristan, the birthplace of the TTP, as militants from the Mehsud tribe became involved in internecine clashes that began spreading to other areas, including the adjoining Tank district. The situation was so serious that almost all the members of the TTP central shura rushed to the Shaktoi area in South Waziristan where the trouble had originated in a bid to mediate a ceasefire. Everything was put on hold and this included the issue of holding the second round of direct peace talks with the government negotiators and whether to extend the ceasefire that was due to end on April 10.

The priority for the TTP was to get its warring factions to agree to a ceasefire. However, it was obvious that both the ceasefires, the one between the rival Taliban factions and the other involving the militants and the government, were important and needed to remain in place to create the right conditions for the uncertain peace talks. In the end though, the TTP claimed that ceasefire had been reached between the rival Mehsud factions. It also tried to downplay the intensity of the clashes, termed the issue of a petty nature and blamed the media for exaggerating the whole thing.

The TTP spokesmen insisted that the clashes were the result of a misunderstanding that had been resolved.

Around the same time and much to the disappointment of the government, the TTP announced that it wasn’t extending the other ceasefire, which was first declared for one month on March 1 and later extended for 10 days until April 10. Its reasons for refusing to extend the ceasefire were the lack of seriousness on the part of the Nawaz Sharif government in the peace talks and its inability to positively respond to TTP demands for release of its ‘non-combatant’ prisoners and designation of the Ladha and Makeen areas in South Waziristan as a ‘peace zone’ where the Taliban and government negotiators could freely move and meet once the Pakistan Army troops are withdrawn.

The internal TTP fighting continued for four days and caused the death of a number of Taliban fighters, ranging from 13 to 33 according to different sources. No precise figures were available and the TTP refused to confirm any deaths. However, bloodshed did take place and the Taliban elders would have to ensure that revenge attacks don’t happen in view of the tribal set-up in which the Waziristan militants operate.

For the TTP, there is no other tribal area more important than South Waziristan and it simply could not afford getting weakened there as a result of the infighting.

The Haqqani network, which is part of the Afghan Taliban movement and has some presence in Pakistan’s North Waziristan tribal region, played a role in affecting the ceasefire between the two factions of Mehsud tribal militants that have been described as pro- and anti-peace talks. In fact, the TTP shura had requested the Afghan Taliban to use their good offices to resolve the differences between the Pakistani Taliban factions.

The fighting was due to a host of reasons ranging from leadership tussle to past history of hostilities. The immediate cause of the clashes was stated to be differences over holding peace talks with the government as the faction led by Shahryar Mehsud, who is heading the group loyal to late TTP chief Hakimullah Mehsud, was said to be opposed to the peace talks in prevailing circumstances. The rival Mehsud militants led by Khan Said alias Sajna, successor of late TTP commander Waliur Rahman, have come to occupy a dominant role in the peace talks and this too became a cause of resentment.

Hakimullah Mehsud and Waliur Rehman, both killed in US drone strikes last year, had been rivals in their life time and their rivalry has passed on to their successors. However, the two top TTP commanders were mature and had managed to keep a lid on their differences. Their successors were unable to do so and before long came to blows.

For the TTP, there is no other tribal area more important than South Waziristan and it simply could not afford getting weakened there as a result of the infighting. For this reason also, the TTP shura decided not to extend the ceasefire with the government as the issue was causing divisions in its ranks and there was growing concern that the hardliners could breakaway and form splinter groups in an already splintered organisation.

It is clear that the TTP is using the issue of ceasefire to keep up the pressure on the government to accept its demands. It is true that the ceasefire resulted in a dramatic decrease in the number of terrorist attacks, particularly in Khyber Pakhtunkhwa and Federally Administered Tribal Areas (Fata) as there were no major bombing in these two most affected parts of Pakistan for more than a month.

But the ceasefire also benefited the militants as the military halted airstrikes against them in the tribal areas and provided them an opportunity to highlight their views and demands during the peace talks and through the media. The TTP narrative probably had not received so much airtime and space in the print media as it did during recent weeks.

Following the first direct peace talks in a decade between the TTP shura members and the government negotiations team in the Taliban-controlled Bilandkhel area in Orakzai Agency on March 26, the government freed 19 Mehsud tribesmen arrested on the basis of suspicion of links with the militants. This didn’t satisfy the TTP, which insisted that they weren’t Taliban and had not been listed among around 800 ‘non-combatant’ Taliban prisoners presently in government custody.

The government set up a committee to locate the prisoners whose release is being sought by the TTP and also promised to free another 13 ‘non-combatants’ whose names appear in the two lists forwarded by the TTP. If this were to materialise, it could serve as a confidence-building measure and help move forward the peace process. The TTP too would be expected to release civilians kidnapped by its fighters for ransom and for security release of Taliban prisoners.

The end of the ceasefire has created uncertainty and raised fresh questions about the utility of the peace talks. Though the TTP has said peace talks would continue even without a ceasefire, it won’t be easy making the negotiations purposeful until an end to violence. Sporadic recent incidents of bombing of a Quetta-bound train and the fruit and vegetable market in Islamabad causing more than 40 deaths have compounded the situation. As usual, TTP denied its involvement, but this time no splinter militant group claimed responsibility as used to happen in the earlier incidents. The claim of responsibility by a Baloch separatist group lacked credibility and was dismissed by the government.

Any incident of terror now that the ceasefire is no longer in place would invite retaliation from the military in line with the stated policy of Army chief General Raheel Sharif. This could lead to a cycle of violence and adversely affect the prospects of peace. Though both the government and the TTP have yet to end the peace talks, there would be little point continuing the process in case the end of ceasefire results in renewed violence.