The ‘others’ among us 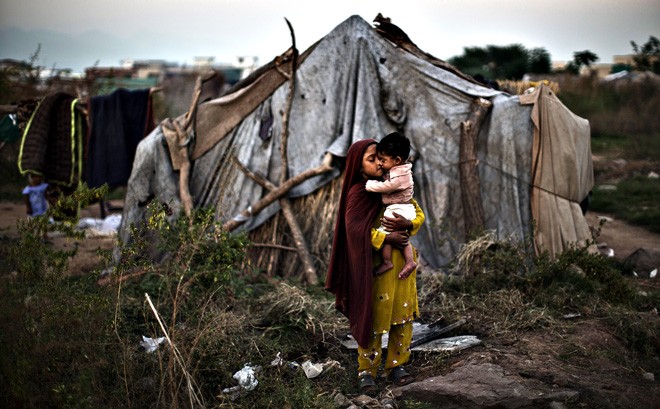 The ‘state’, by its very definition, is the servant of the people. By paying our taxes, we employ the state. By instilling faith in the state to protect our welfare, we entrust it with the most esteemed task -- of all-fairness.

A right is then that for which a human being need not, and must not, have to fight. In the urban socio-political context, anthropologist David Harvey addresses this notion as the people’s ‘right to the city’.

Housing or ‘shelter’ is one of the most basic of human rights, and most of the world’s constitutions acknowledge this in clear terms, with the state providing affordable housing to its poor under various models. Countries in Europe and several in Latin America follow the ‘social housing’ model, while the UK has ‘council housing’. Chinese state provides low-cost rental flats as public housing. Affordable public sector housing was part of Pakistan’s first and second five-year plans, a project that weakened in the 1980s and is non-existent today.

Those that are born into poverty are left with no option other than to fend for their own survival. Where the state has not done its job, whether it’s the favelas of Brazil or the katchi abadis of Pakistan, the phenomenon is merely the people’s attempt to weave secure, dignified lives for themselves and their children. As the late Perween Rehman clarified, katchi abadis are simply ‘poor people’s housing’; "the poor have found no alternative, and this reflects the failure of the government to absorb them".

Within this reality, the proposed forced eviction of twelve of Islamabad’s well-established katchi abadis by the CDA on the pretext that they are harbouring crime and terrorism, is farcical to put it mildly. Even more absurd is the fact that the claim is not backed by a single police report. The eviction plan has given rise to two kinds of reactions: relief on the part of those that accept the rhetoric presenting these as places of crime; horror by those that are dumbfounded at the apartheid-like injustice that the government is unashamedly exercising over its own people.

Above all, it is a question of whether we believe that those with less than us are ‘one of us’ -- our equals, our brethren; or whether we understand them to be an entity ‘other than us’, an entity that lives and behaves differently, and deserves to be dealt with penance for their so-called ‘improper’ ways.

In the law of the jungle, however, where might and strategy are all you need for survival, there is no question of rights. The Uruguayan writer Eduardo Galeano addresses this subject with a satirical sensibility in his well-known piece The Nobodies: "nobody’s children, owners of nothing…who are not but could be…who are not human beings but human resources".

In the early twentieth century, German sociologist Georg Simmel similarly coins the term ‘the strangers’, where "the stranger is fixed within a particular spatial group (in this case the city), but he has not belonged to this group".

The plan to evict people from many of Islamabad’s katchi abadis is then not an issue of katchi abadis alone. Nor is it really an issue of legality or ‘security’. It is in fact a matter of our ethos as a nation; of how we envision humankind, what we deem as our duty to our fellow men, and what we see as the relationship between those that have and those that don’t.

Above all, it is a question of whether we believe that those with less than us are ‘one of us’ -- our equals, our brethren; or whether we understand them to be an entity ‘other than us’, an entity that lives and behaves differently, and deserves to be dealt with penance for their so-called ‘improper’ ways.

Almost all urbanised nations have a trajectory of the poor people’s housing struggle. Somewhere along this trajectory, where the demand for affordable housing in cities is not met adequately by the state, the emergence of informal settlements becomes the closest -- albeit unendorsed -- solution to the housing shortage.

In the cities of the developing world, once squatter settlements become widespread, acts and laws for their regularisation are passed mostly as a result of long-term activism by their lower-income citizens themselves. The 1985 Punjab Katchi Abadi Policy defines a katchi abadi as a unit of forty or more dwellings that are to be regularised by the state. In recent years, the cut-off date of this policy was extended to 2007 for katchi abadis in Punjab and 2009 for katchi abadis in Sindh.

Sindh too has the SKAA, or the Sindh Katchi Abadi Authority. Guidelines for the regularisation of katchi abadis have also been laid out in the National Housing Policy 2001. By either carrying out, or threatening of forced evictions, the CDA stands in violation of all of the above.

And then there is the question of ‘illegality’. Pakistan’s laws, inherited from our British colonisers, lie largely untailored to our evolving needs and to-date reflect the motives of the coloniser. The perception of the informal settlement as an ‘illegal’ entity is also something we do by choice, turning a blind eye to certain kinds of illegality, while choosing to condemn others.

In the vein of ‘illegality’, it would also be pertinent for the government to note that not only are forced evictions a violation of the human right to adequate housing, but eviction in the absence of rehabilitation too is a punishable offence according to international law.

Important to note, forced eviction of informal settlements is prevalent across cities of the developing world today, including Delhi and Bombay. This pattern is fuelled by donor-driven neo-liberal policies adopted by these countries, which advocate that land be treated as an economic commodity alone, while its parallel use for purposes of human welfare is forfeited.

Once the low income settlement is bulldozed, its land value multiplies manifold, and it is soon replaced with high-end private development, such as multi-storey apartments and shopping malls. And right before our eyes is the creation of our ‘world class city’: boasting iconic architecture, celebrating capital, and shunning anything that reminds us of our less than first-world past.

And the argument comes back to those deemed the ‘strangers’, the ‘nobodies’. The more clueless you keep them about their rights, the stronger your position to manipulate them -- make them see the perverse picture that indeed they are a burden on the land and that you are bestowing upon them the great opportunity to exist. Where an awareness of rights is not part of the collective conscious, rights are only dispensed by the mighty as favours to the few. Nowhere is this more evident than on road space, the most multi-class, multi-struggle space of all.

The ‘others’ among us