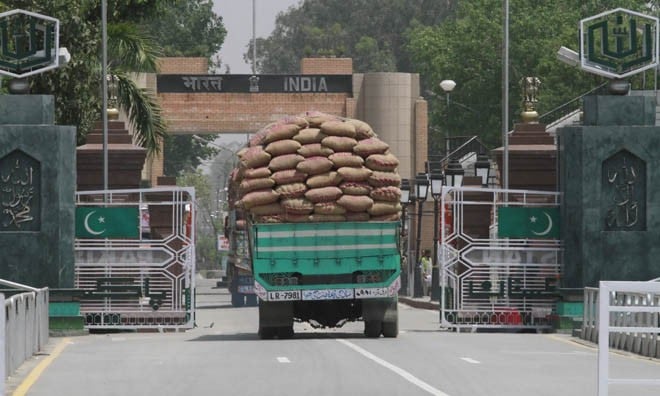 Cross-border trade between India and Pakistan through the land route has picked up steam after the recent détente. However, much of the same is happening between Pakistan’s West and India’s East Punjab through the Wagah-Attari border and between the two parts of Kashmir. What is absent is the possibility of trading between Rajasthan and Sindh.

In the first two decades of independence in 1947, the bilateral trade between India and Pakistan was very frequent. According to estimates, out of the total trade between the two countries, 70 per cent of India’s imports from Pakistan and 40 per cent of India’s exports to Pakistan were channelised through land routes. The trade volumes were significantly high. The reason is simple. Cross-border trade was at full pace before the 1965 hostilities, but it slowed down since then, until trade resumed recently.

Undeniably, the Sindh-Rajasthan route will augment bilateral trade between the two neighbours which in 2012-13 barely stood at US$2.5 billion as against an estimated potential of US$40 billion a year. This could be one of the major pillars of partnership building over time.

Given the importance of land linkages and the dynamic role of trade in poverty reduction and generating other welfare gains, it has now become imperative for India and Pakistan to boost bilateral trade through their land routes. The cost of doing trade will be much less.

The resumption of cross-border trade through Munabao-Khokhrapar route is, therefore, essential and should be done as soon as possible by improving the existing infrastructure. Since the 1965 India-Pakistan war, when the railway route was uprooted and the cross-border trade was stalled, there have been few developments along the Munabao-Khokhrapar corridor. The weekly passenger train, ‘Thar Express’ came as late as in 2006.

Now that Pakistan is willing to grant a Non-Discriminatory Market Status to India, bilateral trade is bound to grow. It is, thus, an opportune time to explore the Sindh-Rajasthan land route as well.

Our discussions with the people and the relevant stakeholders on both sides of the border have exhibited a renewed interest. Not only that they perceive the Munabao-Khokhrapar corridor as a mutually beneficial trading hub for adjoining provinces of India and Pakistan, they are also keen to convert their perception into a reality and much more.

On the one hand, this land route offers better opportunities for more enhanced and more cost effective trade between India with Iran and other Central Asian countries via Sindh and Balochistan. On the other, Pakistan will have better access to markets in India and other South Asian countries. Therefore, it is in the best interest of the two neighbours to work out a win-win proposition by leveraging the areas of comparative advantage. There is a need for a comprehensive bilateral agreement on trade and transport facilitation.

Ironically, the extent of informal trade between India and Pakistan and via third countries, such as Singapore and United Arab Emirates is estimated to be at least four times the formal trade. One of the reasons is that cross-border trade is only allowed through the Wagah-Attari corridor in Punjab and that, too, is restricted to only 137 items. This unnecessarily enhances transaction costs and that burden is ultimately borne by consumers. We have estimated that both the Indian and the Pakistani consumers would gain in millions of dollars through savings in transaction costs if cross-border trade is allowed to happen to its full potential.

This will counter a clichéd criticism that intra-regional trade in South Asia is just about six per cent of its total trade, which is much below its potential. This low figure is to be contrasted with that on intra-regional trade excluding the bilateral trade between India and Pakistan - i.e. 18 per cent of their total trade. Therefore, one can understand the significance of enhancing India-Pakistan cross-border trade via new corridors.

There should be a long-term perspective planning to realise this objective in respect to its full and incremental potential. As a first step, there should be a ‘border haat’ in the Munabao-Khokrapar border. The immediate outcome of this will be frequent trade in perishable and consumer goods, more people to people interaction, better infrastructure and human development among others. Consumer and producer benefits from ‘border haats’ are evident from their operations in North East India bordering Bangladesh and also in Kashmir. The Land Port Authority of India should initiate the process with its counterpart in Pakistan and at the political level.

In medium-term -- within the next five years -- this ‘border haat’ should be upgraded into land custom station, followed by the establishment of an integrated check-post within a decade with all necessary infrastructure facilities such as for testing product qualities, warehouses. Over time, this corridor should be linked with the proposed Trans-Asian highway and the Eurasian rail network.

For this perspective planning to become a reality, like-minded citizens, particularly trade-related stakeholders in respective territories, should frequently voice this imperative and urge the executive and the political class to work out win-win initiatives. Given the benefits that people of both sides of Punjab are increasingly realising as a result of enhanced cross-border trade through Wagah-Attari corridor, the Chief Minister of Rajasthan and her counterpart in Sindh are well positioned to seize a historical opportunity of reviving the Munabao-Khokhrapar trade corridor.

Now that Pakistan is willing to grant a Non-Discriminatory Market Status to India, bilateral trade is bound to grow. It is thus an opportune time to explore the Sindh-Rajasthan land route as well.

The author is the Secretary General of CUTS International, a public policy research and advocacy group. Prashant Sharma of CUTS contributed to this article.