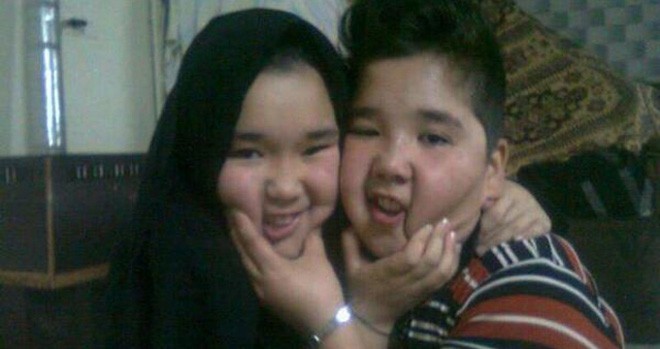 Death, destruction, disaster are newsworthy for the mainstream media. What happens to the survivors and how they cope in the long-term are not.

Those who orchestrate bomb blasts thrive on media attention. Those affected by their dastardly acts are left to carry on as best as they can, often with inspiring courage and resilience.

One example is that of the Mastung blast survivors. On January 21, 2014, a bomb targeted a bus full of Hazara Shia returning home to Quetta from Iran. Over 20 of the 51 passengers died, many of them women and children. Several others succumbed to their injuries later.

The survivors remain with the shattering loss of their loved ones and their own grievous, long-term injuries.

On Jan. 26, eight were shifted from Quetta’s Civil and Military Hospital to the Agha Khan University Hospital, Karachi. The move gave them access to better medical facilities -- and it gave Karachiites the opportunity to extend their support. People stepped forward in huge numbers, with gifts, good wishes and more.

Some young Karachiites who came together at the hospital during that time are taking the support further. This informal group has arranged for blood, talked to the doctors, and raised money for the patients’ wheelchairs. Now they are looking at the survivors’ long-term needs.

The patients who were shifted to Karachi included Kauser Ali Hazara, a poet who lost his wife and younger daughter Kaniz, 19, to the blast. Doctors at CMH Quetta could not locate the glass pieces embedded in his face, that doctors with their better facilities at AKUH removed (raises the question of inadequate facilities in most of Pakistan’s medical institutions). Glass shards in his eyes still affect his long-distance vision.

While the survivors were in hospital, funds from the Jafaria Disaster Cell covered their medical expenses. The Balochistan government paid for some expenses but now the money has run out. Karachi volunteers’ group is trying to fill the gap.

His other daughter Mehrin Kauser, a 20-year old zoology student, was also hospitalised in Karachi for several weeks. She still has glass shards in her eyes. She and her father were not told of Mehrin’s mother and sister’s deaths until after returning to Quetta.

Eleven-year old Ibtihaj and his brother, 18-year old Meraj lost their mother, grandmother (nani), and their two sisters, 19-year old Farwa, and 10-year old Ridha in the attack. Photos of Ibtihaj and Ridha making cheeky faces went viral on the social media, humanising the survivors like nothing else to date.

Their father Jawad Hazara, a businessman who had not gone on the trip, lives with the trauma of having lost half his family, their bodies burnt beyond recognition. Yet the chubby-cheeked Ibtihaj, even in hospital, inspired many with his cheerful courage in the face of the family’s grim loss.

A widow, 48-year old Nasrin Fatima was also severely injured; she still has ring supports on both her fractured feet. Worse, the blast killed her only daughter, 21-year old Sadaf. Her two sons work in Australia as house painters; one was able to return in February to spend some time with her. Earlier, while she recuperated at a relative’s flat in Karachi, volunteers would visit her and take care of her groceries and other needs. She needs to return to Karachi for a follow up medical visit on April 15.

A policeman, Agha Mujtaba Basit Hussain, 25, father of an 8-month old daughter, had gone to escort the bus back to Quetta from the Iran border in his private capacity. His leg and a hand were severely fractured in the blast; he is still unable to walk on his own. His surgery is scheduled in Karachi on April 10.

Sadaat Hussain, 37, a former Mr Pakistan (2003) and Mr Hazara (2002, 2003, 2008 and 2010), is now paralysed from the waist down. He will not be able to work his two jobs -- as a gardener by day and an evening guard. Father of a five-year old girl, he had, like Agha Mujtaba, gone as a scout to patrol the bus back to Quetta from the border. His family sold the motorcycle that he can no longer ride, as they needed the money.

For a man whose life was based on his physical prowess and fitness, being confined to a wheelchair must be unimaginably painful.

Zakir Hussain, 23, lost both legs in the blast. He had travelled alone, thankfully having left behind his pregnant wife. Another blessing is that his source of livelihood, the general store he owns in Mariabad, Alamdar Road, is still intact. Also intact is his indomitable will and zest for life. He too has a follow up surgery in Karachi on April 15.

"I wish those who do these bombings would understand that they’re humans and so are we," he told me when we spoke on Skype, a couple of days after his amputation.

It was 19-year old Anas Mallick, one of the Karachi volunteers, who got me to talk to some of these courageous people via Skype. A piloting student, he is working on a documentary about the relentless attacks on Shias in Pakistan. The Skype calls were an attempt to cheer them up and show them that they have support. I was initially hesitant -- what do you say to someone who has suffered such grievous losses, targeted just for being born into a particular religious community?

However, such gestures, inadequate as they are, at least show solidarity with those who are suffering. Here, it is important to mention that not all those supporting the Mastung blast survivors are Shia. As Anas says, "It’s not about being Shia or Sunni, it’s about understanding the pain and sharing it".

The social media has made sharing the pain easier. Anas got the college students Mehrin and Meraj to come on twitter. Their tweets -- @MehrinKauser @meraj_hazara -- give insights into their personal courage and losses, generate support, and ensure that they and their loved ones are not forgotten.

While the survivors were in hospital, funds from the Jafaria Disaster Cell (JDC) covered their medical expenses. Anas hosted some of the survivors at his house after they were discharged from hospital while their return to Quetta was arranged. The Balochistan government paid for some expenses but now the money has run out.

Their appeal for donations to cover forthcoming expenses was met with a good response. The Quetta-Karachi airfares have been covered (survivors’ attendants are paying for their own fares) while accommodation has yet to be arranged. Donations have also covered Sadaat’s weekly doctors’ visits for eight weeks in Quetta, and in Karachi, Kauser Ali’s CT scan and Zakir’s leg surgery.

In the long term, the group wants to raise money to buy a rickshaw for Sadaat to enable him to earn a living, and for Kauser Ali’s eye surgery to restore his long distance vision.

Nothing will bring back the lives lost, killed by men blinded with hatred. But for those left behind, who must rebuild their lives and learn to live with the loss of limbs or loved ones, such long-term support, no less than justice, is critical.

So far, no one involved in such bomb blasts has been arrested, charged, tried and punished. That is the government’s domain, in which it is woefully lacking.

Meanwhile, I draw inspiration and hope from the fortitude, courage, and grace of those who have lost so much, from the efforts of young Pakistanis to help them, affirming the right to human dignity, the need to feel heard, for grief to be recognised and injustice acknowledged, and the generosity of all those in Pakistan and abroad who so unhesitatingly gave what was needed -- you know who you are. Thank you.