"The whole society must stand up" 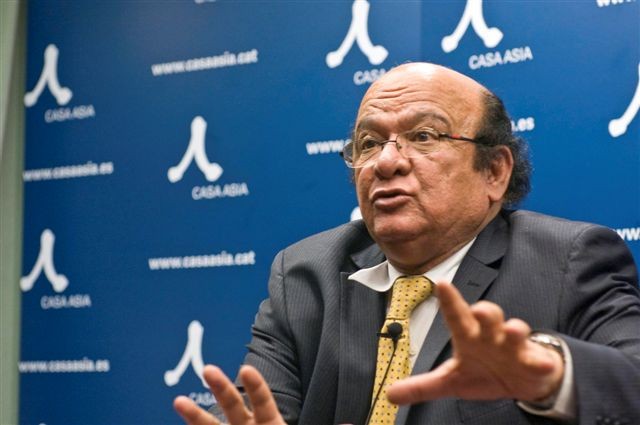 The News on Sunday: There have been multiple attacks on Express Group. But this is the first attack on a prominent TV anchor. Do you think this was an attack on Raza Rumi or was it a continuation of attacks on the media house?

Imtiaz Alam: Pakistan tops the list of such countries where mediamen are in danger, and it has become a very difficult profession to pursue. Previous attack on Express was part of the usual pattern. Most media houses are threatened directly by the militants including GEO, ARY and AAJ.

This, however, was the first attack on the mainstream media based in Lahore or Islamabad where journalists were not attacked previously. The uniqueness of Rumi’s case is that he was attacked because of his point of view and his ideas. He is a secular, liberal person who speaks against terrorism and religious extremism. He wants a tolerant society, freedom and fundamental rights. We can see that as a kind of threat to all those who advocate a tolerant and plural society, women’s rights, freedom of expression and who are against hate speech and support democracy. These people do not want Pakistan to become a theocracy and are against the creation of these private militias or use of force or violence.

We have seen that various publications came under threat, for example, Express Tribune, and many other writers and columnists came under threat for writing on such issues which could be exploited in religious terms.

The ideological project of the extremists is that they don’t agree on the definition of Islam or definition of Muslim but they are united against certain things.

TNS: You talk about this violent culture that is being promoted by the clergy, whether through terrorism, hate speech, traditional mail or social media. What does that mean for moderate, progressive, liberal views? Should anchors like Rumi or yourself start self-censoring or moderating your views on television or social media?

IA: I am amazed that media provided such massive space to Taliban. In the last six months their narrative dominated. Still they were not happy. They wanted the media to accept their dictates but media cannot survive by accepting anybody’s dictates. For example you can see in Karachi that media is being pressurised by an ethnic party or even in Balochistan the media is being threatened by ethnic nationalists or separatists. So the space is being squeezed especially for those who are for democracy, fundamental rights, and freedom of speech; you will see that this trend will rise. It will not be confined to Rumi. And that leads to very negative consequences; the families start pressurising the media persons that "you are endangering our lives, you will be killed, what will happen to the family?" and so on. The society starts building pressure on you because of the threat to your security that you should be self-censoring. This leads to very effective psychological restraints on the writers, thinkers, speakers and analysts.

This attack on Rumi has sent a wave of terror across the leading media people, and they are worried. There is a list which is being shared by the intelligence agencies with the media groups. There are various lists that are circulating. And these people whose names are on the lists do not have any security. Even if some is provided, it is of poor quality. They can’t defend themselves, how will they defend the person they have been sent to defend.

TNS: What do you think should have been media’s response?

IA: We have given a slogan that attack on one should be taken as an attack on all regardless of media group, competing interests, or ideology. If one is attacked, the whole media should rally. I’ll give you a very good example of the media of Kabul; when one reporter was attacked, the entire media in Kabul decided not to publish or show any Taliban activity on television or in the print. So that sent a very strong message. Here in Pakistan too if media wants to be safe, the whole media should have acted in unison.

But unfortunately that is not the case; it has encouraged the extremists of all varieties to use their high headedness and their strong arm tactics.

On the other hand, working journalists have come out and protested regardless of who is attacked. But I think that is not sufficient unless the media owners or All Pakistan Newspaper Society or Council of Pakistani Newspapers Editors do not take a firm stand. Just the demonstrations of working journalists will not help. Many newspapers did write editorials condemning the attack. So there is at least unanimity among editors on this. But the owners will have to be engaged as well.

Another important aspect is that the equipment, vehicles and buildings are insured but not the cameramen, reporters or anchors.

TNS: You have talked about associations, and what the media groups should do on an organisational level. Where does the state’s responsibility lie?

We need to speak out and identify the attackers. I can tell you I am under threat from the extremists and even state agencies. There has been a campaign against SAFMA on social media by a group sponsored by state agencies and we have been termed as agents of one power or the other. And we have no way to defend ourselves. This is how they create prejudice against independent journalists or those who raise the banner of high standards of professionalism or media freedom. They are being attacked, stopped and isolated. And the combination of all these factors is affecting the performance of media.

TNS: Associations or unions like PFUJ or SAFMA that have been advocating journalists’ rights and security for many years now -- how can they translate what they are proposing, into practical steps?

IA: You see there was a commission formed in Saleem Shahzad’s case. We appeared before that commission. I was threatened by the then officer who was handling media from the ISI and he was later on transferred because of my stand. We went to that commission which did not identify the potential or possible killers because of the pressure. But it did propose certain things, say, for security agencies that how should they be regulated, monitored, or made responsible including IB, ISI, MI and other agencies. What is their mandate? How can they have a license to kill? Or pick up journalists and execute them?

But then what do we do with these non-state actors which have spread out in the whole country. And they have very dedicated cadres who do not know what they are doing. They are blinded with the kind of ideology which is based on hate.

TNS: How would you analyse the current situation?

IA: I think it is going from bad to worse.

TNS: Do you see any hope?

IA: I don’t see much hope unless the whole society stands up, unless all the institutions of state stop patronising the extremists or using them as strategic assets. And the state must enforce its writ throughout Pakistan.

"The whole society must stand up"