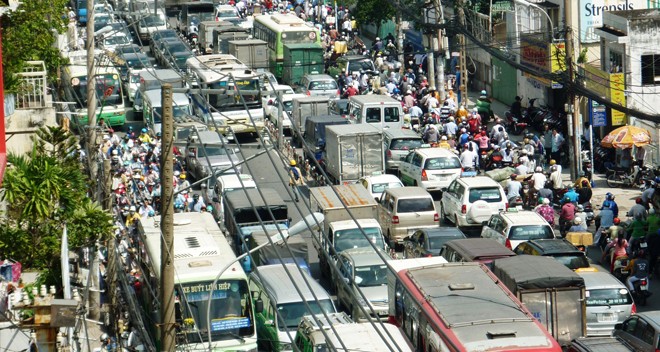 The United Nations Centre for Human Settlements (UN HABITAT), with its headquarters in Nairobi, recently released its publication titled Planning and Design for Sustainable Human Mobility. This publication was produced as a Global Report on Human Settlements 2013. The report is based upon contributions from across the globe related to vital dimensions of mobility.

Case studies, scholarly papers based upon field research, carefully selected samples of empirical findings, review of policies and programmes implemented in various countries and feedback from users and stakeholders have been scientifically analysed to provide a global perspective on the subject. The document is presented in a reader-friendly manner and has much useful learning to offer with respect to policy and applications.

Whereas the main document is voluminous, there is an abridged version that is designed for policy makers. The following paragraphs outline the core contents addressed in the report.

The world is urbanising fast. Bulk of urbanisation is taking place in the developing countries. Asia and Africa are the continents where high scale urban growth will continue to be observed in the coming decades. Amongst the other challenges, rights to access an appropriate mode of transport are likely to become a crucial problem. The poorer sections of urban populations face greater disadvantages in respect to mobility. This section of population has very limited choices, often informal and non-motorised in nature.

Increased delivery and development of motorised transportation option is termed the transport bias of mobility in the report. A surge to increase urban and regional roads, improve velocity by constructing grade separated intersections and interchanges, placing foot bridges as a solution of pedestrian crossings and high production and supply of motor cars is a case in point.

Sustainable mobility patterns demand rational connection between transportation and land use planning. Efficiency in mobility and social wellbeing of various cross sections of the society must be deemed as the core determinants of the urban transport plans. For example, cities, towns and hamlets across the developing world rely on non-motorised transport. Animal carts, bicycles, bicycle rickshaws, manually pulled rickshaws and carts of various types constitute this category.

There are numerous benefits that are derived from non-motorised transport. It offers enhanced convenience; economically and socially supports disadvantaged population; reduces traffic congestion; cuts on municipal expenditure on capital and operating costs in parking facilities construction; promotes environmental sustainability due to control on emissions and connects otherwise inaccessible locations within congested inner cities and peri-urban locations. However, non-motorised transport suffers from a negative image and is often seen as an undesirable mode which requires replacement or gradual phasing out. Steps need to be taken to deal with the negative perceptions of non-motorised transport.

Formal public transport is perhaps the most desirable objective that is interpolated in most transport policies across the globe. Bus services, city trains, water transport, underground railway networks are some specific types. Recent innovations such as aerial cable cars also fall in this category. In Colombia, such a metro cable service transports about 3000 passengers per hour and is recognised as an intelligent solution.

It is commonly observed that public transport is the best alternative to movement and accessibility for all. It helps to control congestion, enhances choices of mobility and promotes job creation. In a developed country like US, an investment of US$ 1 billion supports 36000 local jobs. While increased use of public transport enhances number of trips per unit, it does not cause any rise in pollution. The challenge that remains to be addressed is to market public transport more aggressively to make users of private vehicles switch over to this desirable service.

Developing countries possess a thriving sub sector of informal transport. Shared taxis, minibuses, modified versions of automobiles such as Qing Qi rickshaws in Pakistan and India, tri-wheelers of other kinds and jeeps constitute this category. According to some studies, this mode of transport is also called as para transit. Users normally find para transit adjustable to their requirements. It has less waiting time and often adopts routes and other variables in accordance with demands of riders. It becomes a livelihood source and generates acceptable levels of profits for its small scale investors. It has its own informal mechanism of regulation, though not recognised by the government as legally or administratively valid.

Cities in developing countries show that a sizeable clientele depends on informal transport and a significant contribution is made in respect to employment. In Dhaka, 30 per cent jobs are directly or indirectly provided by informal transport. In Cotonou, Benin, in Africa, this figure is 60,000 jobs in a total population of one million inhabitants. All it requires is policy support and managerial assistance to make it more user-friendly than its present status.

Private motorised transport is believed to be the ultimate life dream of most of the young people. A very high motor vehicle ownership is observed across the world as per recent studies. Based on 2013 estimates, 535 cars per 1000 people are owned in developed countries compared to 47 in the developing countries. With multiple choices available to acquire ownership and access to cars, this mode of transport is rising. Increasing congestion and pollution is a direct externality of private cars.

In developing countries, cars also influence the road and highway development priorities. While private cars have a positive impact on employment, this benefit is mostly tilted in favour of developed countries.

The report suggests many policy options. The rationalisation and promotion of choices in mobility, enhancing access of mobility for all, improving governance framework of urban mobility and land use planning are some of the suggestions made. The report can serve as a very effective tool for our policy-makers, provincial administrators and urban managers to deal with the issues of urban mobility which is becoming a grave challenge for Pakistani cities.