…because we don’t do these things 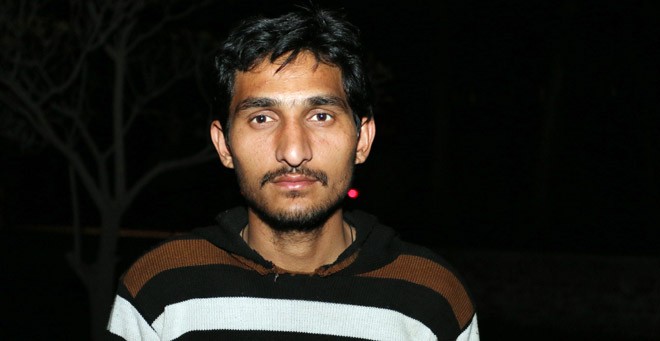 Wednesday morning. 10:10. I halted at a traffic signal in Jauhar Town, Lahore. Noticed a young man on the footpath turn suddenly around mid-stride, stoop and collect a banana peel to deposit it in a nearby rubbish bin. I was dumbfounded. We are Pakistanis and we don’t do these things. Even for a person as cynical as I have become over the years, this was a bright light in a rather dark night.

I kept my eye on the man walking away, now across the road, willing the light to turn so that I could catch him. The light turned but by the time I parked my car, the man had disappeared. I had no face to go by, having seen only his walk. All I knew was a gait and that was not much to recognise a person by.

Thursday. 10:10. I returned to the same crossing. I spotted a young man with an unknown face but a familiar step. I waited for him to go past me to be certain it was the same walk I had seen yesterday. Then I caught up with him and said I had to ask something. With the keenness of a naturally obliging person he said, "Yes, certainly, sir."

My question rattled him a bit but he confirmed that he did walk past the crossing daily at the same time and that he had indeed collected a banana peel to put in the rubbish bin. He was on his way to work so setting up a meeting for the evening, we left it at that.

Arif Hussain was born in Mirpur Khas in 1992. His father, a college professor then, taught in that town in southern Sindh. The family originally hails from Basho, a village not far from Skardu from where Arif’s father moved to Sindh. Upon retirement, the professor relocated to Lahore where he built a home for his family. The umbilical remains connected with Baltistan where the family returns periodically to see the folks back home.

Arif said in Baltistan, as they went their way, they routinely removed unwanted litter from roads and pathways. He just did what he had always seen being done.

Arif did not study beyond the tenth grade. His heart, he says, was simply not in studies. Though it was distressing for an educationist father, Arif remained fixed on not following the usual convention of college degrees and a regular job. For that, he says, his brother is making up for him by working for an MBA leaving him to follow his heart. And, Arif’s heart rests in becoming a chef.

With his eyes on eventually taking a chef’s course with College of Tourism and Hotel Management, Arif joined a restaurant as a kitchen helper. He focuses on continental and Chinese cooking and wants to train in these specialities at the college. He was on his way to work from his home nearby when I spotted him removing the discarded banana peel to where it belonged.

Why would anyone do such a thing, I asked. If his simple act of goodness was surprising, his response was evermore so: "Someone could have slipped on it and been hurt. I removed the peel because I am human."

Arif said in Baltistan, as they went their way, they routinely removed unwanted litter from roads and pathways. He just did what he had always seen being done. For him it was not an act of kindness for which he ever expected to be thanked and he found my acknowledgment peculiar. Indeed, in all my years of walking across Baltistan, Hunza, Gojal, Yasin and Chitral I have on innumerable occasions seen people do this simple act of consideration for fellow wayfarers.

For most of us so-called educated, cultured and worldly-wise folk this was an insignificant act. We who so casually toss our trash out of car windows would consider the act of collecting someone else’s rubbish demeaning. In our mad race for so-called advancement, we are losing our humanity that Arif still possesses.

What I found of singular significance was that not once did this young man say a word about winning brownie points with God. He had done his act of goodness because he was human, he emphasised.

Arif, who sees himself foremost as a human, is an unusual young man. In a society deafeningly strident with hollow proclamations of goodness, he goes about his business without thought for acknowledgement or gratitude. If I had not seen him at it, I would not have believed an Arif Hussain could exist.

…because we don’t do these things