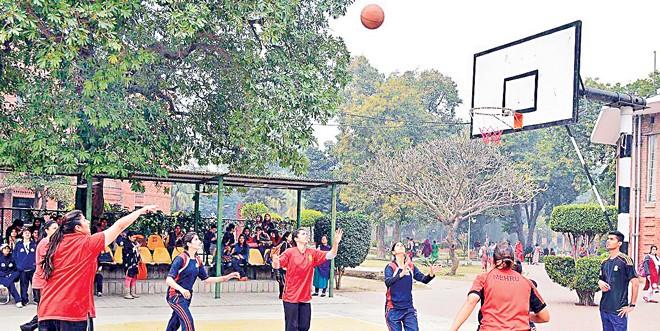 The first leg of the 2014 Punjab Youth Festival ended with a whimper rather than a bang. After all the record breaking exploits and state sponsored attention that the event had had, the fact is that it ended with a half empty Punjab Stadium.

The latest vanity project of the ruling party produced the sort of reaction that is common with all government sponsored events in Pakistan (Full Disclaimer: I did commentary for the TV channel covering the event). On the one hand was the ADHD affected televisual media for whom each record was something to be celebrated for 10 seconds before being forgotten about. On the other hand were the paragons of nuance who questioned the virtue of a grand and expensive festival which has no prestige or international recognition. Beyond everything else though, this was considered a waste of time and resources that brought pride to the nation. Or something along those lines.

Yet the greatest lessons from that week have little to do with the quirky records that seemed to dominate the airwaves. Everyone talked about the "smashing walnuts with the foreheads" record just because of how bizarre it was. But more than two thirds of the 27 World Records that were set in the first four days of the festival were endurance records (almost all relating to pushups and pull-ups over an extended period of time). All of these endurance records were set by men who were from the armed forces, and all of whom were being coached and sponsored by the Army. Now the Pakistan Army may not be good at a lot of things -- their day job, their willingness to accept civilian rule, etc -- but they have been at the forefront of keeping minor sports alive in this country. They provide a template on how support, at the most basic level, for a gifted individual can polish the diamond. Nearly all of the new World record holders had trained specifically for less than 18 months before the successful attempts they made. But, in Pakistan’s biggest institution, they had the framework that is far too absent in the lives of Pakistani sportsmen.

The contrast to all this was provided on the final day of the first leg with the weightlifting competitions. Three of the four head-to-heads were won by lifters from Pakistan over lifters from Indian Punjab, but the most significant aspect of this was that like most events there was active and vocal public support at the venue. Unbeknownst to most, Pakistan has a decent weightlifting history. Two of Pakistan’s six medals at the 2006 Commonwealth Games were in this discipline, for instance. Pakistan’s lone gold at those games was in the 85kg category by Shujauddin Malik. And it is his story that provides the contrast for what happened over the past week.

Malik won gold in Melbourne, and he believed that he could conceivably have a decent finish at the Beijing Olympics in 2008. So, with two years to go, he looked around the country, for sponsors -- both private and at the government level -- that could help him with training and coaching. He believed that two years with an international coach would improve him enough to have an outside shot at a medal. His total (of 343kg) from Melbourne would already have placed him 12th in the field of 20 in Beijing, thus a top-10 finish was the least he could hope for with decent coaching. Instead he never got the support he wanted; he ended up not even going to Beijing. The coup de grace was provided two years after Beijing though, when he was supposed to be Pakistan’s flag-bearer at the 2010 Commonwealth Games (an honor he had surely earned having been the lone gold medallist at the previous event) but, as even casual observers of Pakistan sport would be aware, the late Mohammad Ali Shah intervened.

This wasn’t the lone lesson from the Youth Festival though. The last two days provided the Indo-Pak series (although the representatives of India were solely from the state of Punjab) that included, amongst others, mud wrestling (kushti), tug of war and kabaddi. The entry into the Punjab Stadium for all of these was free, and thus it provided the athletes with the sort of crowd support that they thought was a preserve of the past generations. Those final days were a lesson in how, by engaging the public and supporting the athletes, the minor (especially native) sports could conceivably have a comeback in this country after the worst two decades in their history. Long gone are the days of city-wide dangals and world famous pehelwans, but in a country devoid international sports and entertainment, there is a vacuum that could be filled by those that had filled that vacuum for most of the past few centuries. Just because there is the breakneck race towards modernization doesn’t mean that local sports should be completely disregarded. Pelota remains incredibly popular in the Basque Country, Gaellic Football remains huge in Ireland, Bandy is still big in Russia and Aussie Rules is the most popular sport in Australia. Just because you aim to compete on the international stage doesn’t mean that your own sports should be neglected.

Thus the vanity project concluded with the lessons that we have always known; you can’t get away from who you are, and your athletes could do far more if only they had support system that allowed them to reach their potential. So, you could say, it was all money down the drain.