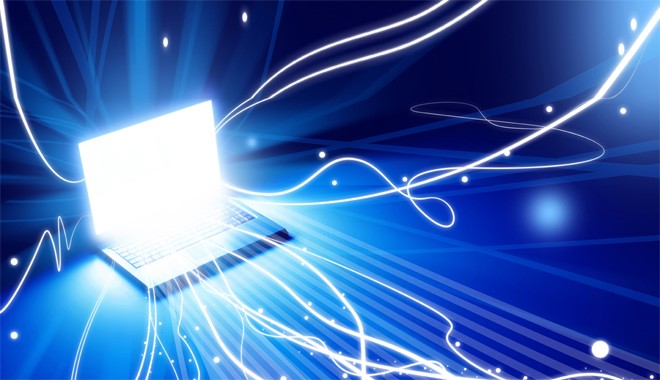 As the World Wide Web turns 25 this year, the debate surrounding how the internet has changed our lives, emotions, psychology, and behaviour continues. At one end of the spectrum there are advocates of a utopian vision of the online world, complete with its potential to change people’s lives, revolutionise societies, and increase personal contact. At the other end, people paint a doomsday picture of broken families, overworked yet isolated individuals unable to cope with the constant connectivity yet too obsessed with their virtual presence to pay attention to their physical world.

No matter which side of the spectrum one may fall, the fact remains that the Internet -- made accessible to the public via the World Wide Web -- has irrevocably changed the world as we knew it at the end of the last century.

The biggest change the Internet has brought is also the most obvious one. It has democratised knowledge and given people access to unimaginable amount of information while taking it away from the domain of the privileged few. But what effect has that had on how we absorb information?

In his apocalyptic piece, "Is Google making us stupid?" Nicholas Carr writes that with so much data existing in parallel on the Web the absence of sequence that printed paper brings means that many of us are now incapable of ‘deep reading’. He defines deep reading as a kind of engagement with longer, complex prose without distraction.

Carr correctly assesses the ways in which online information has changed our reading habits. Complaints about people getting ‘bored’ as they engage with art -- whether books, movies, or poetry -- are commonplace. Our ability to pay attention to one topic for a long time is eroding.

Changes brought on by the digital revolution are too many and too quick as compared to technological advances of yesteryears. Yet, the society’s progress bears witness to remarkable human capacity to adjust to new surroundings.

Traditional media -- print and electronic -- have also picked up on this trend and modified their content. Our television screens, as Carr also points out, are filling up with crawling tickers and flashing news; news anchors speak in an almost hysterical high-pitched tone, trying to keep the viewers’ attention; news packages have background film music to make them ‘interesting’; talk show hosts create drama in their shows to keep their audience from changing the channel. Our newspapers have started shortening the length of articles in their pages, inserting extracts and side boxes with byte-sized information for a perpetually distracted audience.

The Web is changing the way we receive information and we, in turn, are influencing traditional media to change their production style.

In addition to this, the Internet has also changed the way we interact with the information we receive. The lines between those at the receiving end of the information and those at the producing end have become blurred. Wikipedia, with its user-driven content, is the biggest example. Other participatory websites have also sprung all over the Web, giving Internet users an immense power to generate their own content.

One of the first examples of how influential citizen journalism could be was seen in the Korean elections of 2002. The website OhMyNews.org covered the election campaign through ordinary citizens producing content for the site. Its coverage led Roh Moo Hyun to a surprising victory. Since then, traditional news outlets like the CNN have also jumped on the bandwagon and have created platforms to let users create their own content.

Today’s constant connectivity comes at a price. As businesses expand beyond nation-state borders and local jobs get outsourced offshore, the traditional 9-5 work-day has started bleeding over the whole 24 hour cycle. These flexi-hours have complicated people’s lives as, on the one hand, it increases their work productivity, as a PEW internet survey found out, on the other, it also increases the stress level in their lives.

Companies in the West, according to Judi Casey in the Huffington Post, have started experimenting with removing the expectation of their employees to be available after a certain time of the day, or disconnecting their work email once the work-day ends. Such policies allow unadulterated free time for the employees to enjoy their personal life. But it raises another complication in the modern work environment. As Casey points out, people now expect their employers to focus on work productivity rather than the fixed hours they spend at work. Such flexible hours allow a person who, for example, wants to work late one day so that she/he can leave early the next day for a parent-teacher meeting.

As internet connectivity increases and the world shrinks even further, one-size-fits-all approach to human resource management is not applicable anymore.

One of the fiercest criticisms of the Internet is that it has brought chasms in the traditional family closeness. Pictures of family members sitting in the living room, facing the television, each on his or her connected device are common on (the irony) social media sites.

The Web has enabled people to communicate and form connections with people not in their immediate vicinity; people use Facebook to connect with friends and family, Twitter to debate with strangers, and LinkedIn to build professional networks. But the decline of the traditional family structure, at least in the West, was in making since the rise of individualism after the industrial revolution. Blaming solely the Web for tearing families apart is a simplistic view.

The internet has empowered people in two important ways. One, it allows users freedom from their geographical limitations to choose the people they want to interact with. Second, more importantly, it helps people stay in touch with their families over long distances. With more frequent travel and migration, families are scattering all over the world. Constant connectivity of the Internet means parents can regularly interact with their children studying away from them, fathers travelling frequently can still be a part of their children’s everyday lives, and siblings can bond with each other as if they were still under one roof.

With each revolutionary phase starting from the Gutenberg press, to telegram, television, and now the Internet, people have raised hue and cry about technology making people dumber and lowering the level of discourse in the society. Admittedly, the changes brought on by the digital revolution are too many and too quick as compared to the technological advances of yesteryears. Yet, the society’s progress bears witness to remarkable human capacity to not only adjust to new surroundings but also use them for our own advantage.

As the digital world develops at blinding speed, it is reasonable to expect its effects will also accelerate. Here are a couple of areas of concern to keep a track of in future debates.

First is Carr’s concern of people becoming unable to engage with information on a deeper level, thus being devoid of "intellectual vibrations" that these words can ignite in our minds.

Second is the barrier, or lack thereof, between work and personal time. Such blurring at one level allows people to schedule work around their life, but, on the other, constricts them to never really be free of their employers’ demands.

Third comes from Bob Briscoe, chief researcher in networking and infrastructure for British Telecom. In responding to a survey being done by PEW Research’s Internet Project, Briscoe predicts that with the ease of connectivity that comes with the Web, people will be tempted to engage with more people without being able to sustain those interactions. This will "continue to lead each interaction to be more superficial".

It is too early to conclusively state the long-term effects of myriads of ways netizens (people who engage online) and digital natives -- those who were born during the digital age and didn’t have to adopt technology -- interact with the Internet. But I leave you with Carr’s haunting words as a reminder of the extent to which the Web has changed us: "My mind now expects to take in information the way the Net distributes it: in a swiftly moving stream of particles. Once I was a scuba diver in the sea of words. Now I zip along the surface like a guy on a Jet Ski."