In praise of young people. No, not quite 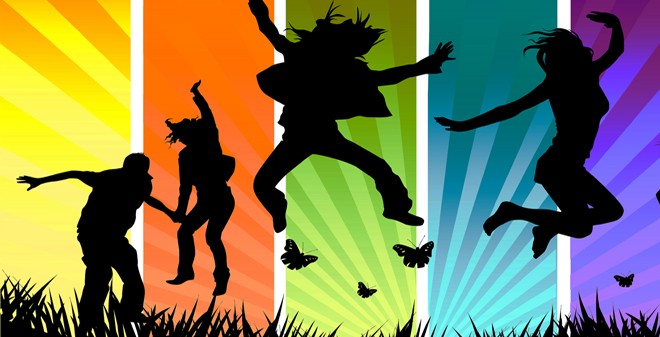 Okay I managed to say the most difficult part first. Now, the second part should be less difficult -- I don’t quite like young people. At least that’s the feeling I am experiencing more often than is necessary. I feel I’ve reached a point where I must get it out of my system.

No, don’t misunderstand me. I don’t grudge them their youth and beauty. I love them because they are young and beautiful. I love them also for their fertile brains, lofty ideas, ambition, art of conversation and so on. Intellectually, this young generation is better than all the previous ones combined. Well, so it seems; though it has yet to prove itself. No reason to believe why it won’t.

My problem with the young people lies elsewhere.

I don’t want to generalise because there are young people of this kind or that, of this class or that, and such variations abound. Yet there are a few things that I feel fit them all. The reference here generally is to boys and girls who are a product of the private school system, the so-called bubble generation. But the values and worldview they espouse cut across classes, it seems.

To be honest, we as parents and teachers, we all want them to take themselves, their studies, their co-curriculars and their careers seriously. To be fair to the young people, they do. Or, overdo. And, we give them a lot of attention, more than we ever got.

Thus, we see around us ‘motivated’ and ‘focused’ individuals to whom the brand of the university matters more than the multiple education systems and the inequality they are a product of. They consider the privilege they are born into their right and are not ready to question it.

In their careers, they are lazy, arrogant, often late to work because they don’t believe the night is meant to sleep.

The community service, the articles they want to write and get published in the newspapers and even the hobbies are all aimed at the university applications they have to submit.

So, what happened to the idealism associated with the youth?

Wait a minute! I see some idealists too who like to sit with friends and discuss a classless society down to its last detail at Gloria Jean’s or on the rooftop at Mocha, or even better in the comfort of their homes over expensive liquor. I am amazed how they don’t see the sheer vulgarity of it.

Accepted they see their politics as sacred. But the fact that they consider their own political ambition and the individual glory it brings to them in a similar light is simply beyond me.

Incapable of setting their own house in order, these young people are all set to reform the world.

The biggest tragedy is it is time for these young people, irrespective of whether they subscribe to a political ideology or not, to join the workforce. In their careers, they are lazy, arrogant, often late to work because they don’t believe the night is meant to sleep. Lying comes rather easy to them and nothing excites them more than food. That’s the end of conversation; okay, okay, add films, songs and television shows to the list and there you are.

Is it the hypocrisy of our own lives mirrored in the lives of our children?

With a questionable work-ethic, a majority of them are ready to climb the social-ladder fast, willing to take as many shortcuts as they possibly can.

That’s young people for me. While I can’t stand the unethical ways and the overconfidence, I do seriously think about what happened to the idealism. Did we, the older people, take it away? Did our promise of good education, translated in class-segregated private schools, do this to them? Why do our lectures on good values fall on deaf ears? Is it the hypocrisy of our own lives mirrored in the lives of our children?

In praise of young people. No, not quite