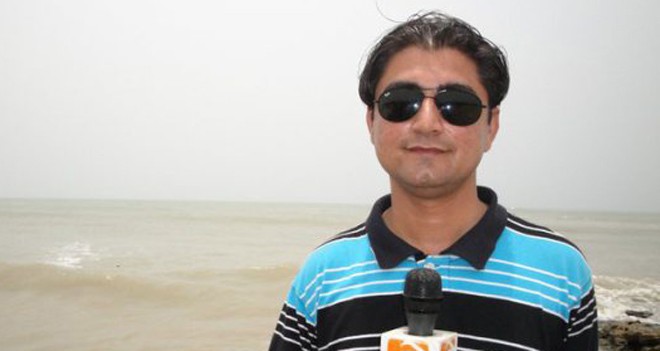 Following the delaying tactics of the organised criminal gang behind the murder of journalist Wali Khan Babar and the killing of six eye witnesses, one prosecutor and, the case has finally concluded, setting an example of being a case where the killers have been prosecuted and brought to justice.

Much has been written about the Wali Babar murder case in national and international media. But there are many unwritten and untold stories from the murder of the journalist in January 2011 to the conclusion of the first stage of the case on March 1, 2014.

Five eyewitnesses including Rajab Bangali, policeman Asif Rafiq, Naveed Tanoli brother of Inspector Shafiq Tanoli who arrested the accused and Haider Ali who identified the accused convicts before the court and one prosecutor Naimat Randhawa got murdered. Earlier, lawyers on behalf of the complainant Arshad Iqbal Cheema, Muhammad Khan Buriro and Mubashar Mirza had refused to proceed with the matter. All three lawyers fled abroad following death threats. Buriro and Mirza later returned to Pakistan after the passage of a year.

A policeman who investigated the murder case and arrested the absconding accused in Wali Babar case said those arrested are only foot soldiers or simple agents. "The mastermind and culprits who ordered these criminals to kill Babar are still safe and will remain so because of their influence."

"The criminal gang who ordered the killings is not only operating in the country; it is also operating from other Western countries as well as South Africa, Sri Lanka and UAE. Everyone in the law enforcing agencies is aware of this mafia but they are silent due to political compulsions," says another policeman on condition of anonymity.

The decision from the ATC in Wali Babar case is the first stage. The criminals behind this murder will challenge the decision in the high court and are capable of challenging the case in the apex court too.

The way Wali Babar was chased and killed, how the five eye witnesses and one prosecutor of the case were murdered one by one, and the support obtained by the arrested criminals proves it was not the act of any ordinary criminal gang but the work of a highly-organised mafia.

After the killings of five eye witnesses and one prosecutor of the case Naimat Randhawa, the Sindh Government on the pressure of journalist community requested the Sindh High Court to transfer the case from Karachi High Court to Anti-terrorism Court Khandkot.

The case was transferred on November 8, 2013 and the accused shifted to nearer District Jail Shikarpur on November 28, 2013 due to pressure of their supporters.

The case was defended by the defense counsel of the accused Suleman Mujahid Baloch MNA of MQM from NA 239 Karachi. Baloch used many delaying tactics, remained absent on three hearings in a row despite the case being in its final stage. But after getting warning from the court and the decision of Sindh Government to provide counsel to the accused on state expense, Baloch appeared and argued.

There are reports that the administration of District Jail Shikarpur is still providing illegal facilities to the accused-now-convicts of this high profile murder case due to their political backing.

A well-placed source in Sindh Jail Department revealed that the convicts, Faisal Mehmood alias Nafsiyati, Naveed alias Polka, Muhammad Ali Rizvi, Shakeel Malik and Shah Rukh alias Mani confined, had not only been enjoying the facilities reserved for A class prisoners but they had even visited the city in an official car of a jail officer twice during their confinement. The jail administration is said to be providing them good quality food and has appointed two prisoners to wait on them, it was learnt. These facilities are subject to court orders only and can be provided to highly literate persons, law graduates and members of parliament.

The journalist community protested on January 18 on the call of PFUJ in front of Shikarpur Jail against these acts.

Leaders, MNAs and MPAs of a particular party have been present and fully supporting every hearing of the case, extending full legal support to the murderer of Babar Wali.

According to the JIT reports, the orders to kill Babar were issued by some ‘influential people’ living in South Africa but with connections in Karachi.

The JIT report further said that accused revealed to the investigators that their group leader, Faisal alias Mota, had received orders from a man named Agha to kill Babar. Faisal Mota held several meetings with them at different places to finalise the modus operandi of the operation.

MQM spokesman Wasay Jalil said the party has nothing to do with any of the convicted killers. "Every Urdu-speaking person is not an MQM worker. Such allegations are not new to the party as some people continue to spread fabricated stories against the party," he said, adding these questions should arise only if the court convicts MQM.

There were two important turning points in the case which helped the prosecution to conclude the case -- the confessional statement of one accused Shahrukh alias Mani before the judicial magistrate Karachi regarding the killing of Wali Babar and involvement of another accused. The other was the identification of convicts before the court by an eyewitness Haider Ali who was later killed in November, 2012.

Some questions related to the case are still unanswered. Will the judgement announced by the anti-terrorism court after three years of the murder reveal the masterminds, the actual culprits behind the murder? Will the main killers be arrested and punished?

In a country like Pakistan, especially in Sindh province where proclaimed offenders become ministers and members of parliament, anyone can imagine the situation. The main question is: Why was Wali Babar picked on? Some quarters say that he wanted to interview the ex-wife of a political leader and some suggest he was murdered due to his ethnic background.

These questions remain unanswered. The decision from the ATC in Wali Babar case is the first stage. The criminals behind this murder will challenge the decision in the high court and are capable of challenging the case in the apex court too.