The high road to Khanpur 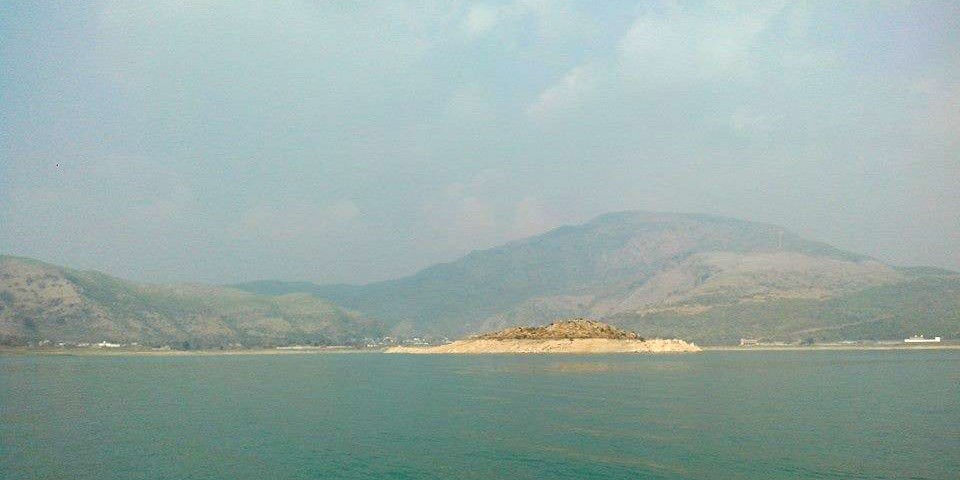 If you ask me, the best thing about living in Islamabad are the abundant opportunities for short day trips around the city. Some of these destinations include Lehtrar, Punjpir mountains, Wah gardens, Khanpur Dam, Taxila museum and Buddhist archeology sites, Kallar Kahar and Dharabi lakes, Golra Sharif Railway Station and not to miss a pleasant walk through Murree hills.

Having heard about a mountain pass to Khanpur through the Margalla hills, I always wondered whether it is a route worth exploring. Taking advantage of the beautiful weather before the onset of blazing summers, we set out on the road to Shah Allah Ditta village on the southern end of sector D-13 of Islamabad.

We by-passed Golra village, crossed Sangrial village and entered the Shah Allah Ditta village named after a Mughal era Muslim saint. The road is in shackles and one wonders if these villages are in Islamabad.

Shah Allah Ditta village is at the foothills of Margalla hills, which are somewhat less green than the northern parts of the range owing to reckless stone crushing in the past years. There is a lot of construction activity going around as well and one hopes the Capital Development Authority will oversee these activities with its eagle eyes.

Just on the fringe of Shah Allah Ditta village and at the foothills of Margallas is 2400 years old Sadhu ka Bagh heritage site. The bagh or garden is a peaceful area with centuries-old Banyan trees and a fresh water spring oozing out of the mountain.

There are a number of caves in the surrounding mountain wall. Legend has it that this used to be a worship place for Buddhist monks, Hindu sadhus and Muslim dervishes during various periods of history. At the time of partition, the place was owned by a Hindu holy man and was allocated to a Muslim family during resettlement and presently belongs to the same family.

While the keeper of the property courteously showed us around the springs and caves, it was interesting to note there was no plaque or board mentioning the history of the site. There was one plaque indicating the inauguration of some renovation at the site by the Capital Development Authority however the less said the better. Though there is mention of Buddha inscriptions around these caves in some literature, we were not able to see those.

Sadhu ka Bagh appears to be part of the centuries-old Buddhist complex in Taxila which included archeological sites like Julian, Sirkap, Jinnan dey dhairi, Badalpur etc. Nevertheless, the site is indeed an important part of our heritage where three religions including Buddhism, Hinduism and Islam were practiced in various periods of history.

Driving on to the road to Khanpur from Sadhu ka Bagh, the road is pretty good up to the top of the mountain. As we went up the curvy road, the views were superb as on one side you enjoy the views of urban Islamabad and on the other side it is all about shrubby forests or rural hinterland.

We reached at the top in around 15 minutes. There is a small restaurant at the top while an apparently nice villa of Shah Allah Ditta aristocracy overlooks the whole surroundings.

However we were intrigued by the Losar Baoli or an ancient step well at the top. The baoli is still in working condition and there is a proper staircase on one side to get to the level of water. The baolis were a common feature in most villages in the subcontinent for centuries.

Legend has it that both Alexander the Great and Sher Shah Suri crossed the Margallas through this pass and the presence of Baoli is an evidence of the historic significance of the pass. It may be an interesting research topic to see whether Sher Shah Suri crossed Margallas through this area or further south where the Grand Trunk (GT) Road crosses Margallas nowadays near the Nicholson Monument.

Cobbled remnants of the original GT Road, well-preserved near the Nicholson Monument. The road to Khanpur ends at the top near the Baoli where yet another plaque announces the construction of a road to Khanpur in 2007 by a Federal Minister in 1997. The project was never completed.

The locals pointed to an old jeep track which goes through the mountains to Khanpur. However the route is seldom used so they were not very sure whether it was a good idea to cross it on car.

It was a bright sunny day with a cool breeze so we decided to try our luck. So we slowly started on the jeep trek through the pines and shrubby mountains all around us. The trek was too rocky for a car at some points and made us doubt our decision but the beauty of such treks is that you keep on testing the limits and end up achieving what you set out for -- well most of the times. The trek was rocky at points, relatively plain at others but after a 15-minute journey, we were on a concrete narrow road only to be disappointed by another stretch of rocky trek.

As we slowly descended the mountains through the Garamthun and Chhoi reserve forests, we could see Haripur plains in the horizon. After around 30 minutes of drive from the top, we started seeing small hamlets. But the partially-constructed road and raw rocky trek ensured the car moved at a snail’s pace.

We finally reached Garamthun Chhoi village and started travelling towards Khanpur Jabbri road. Just before we reached the main road, we could see the magnificent Khanpur Dam and the lake between the mountain ridges. It took us around one and a half hour to reach Khanpur from Shah Allah Ditta village. The venture was definitely worth it.

While in Khanpur, the speed boats and jet skis at the dam along with the freshly cooked Mahasher fish cannot be missed. Khanpur also has a definite name for orange orchards and you can find vendors selling oranges on the roadside everywhere. The return to Islamabad takes forty five minutes passing through historic Taxila and on to GT Road.

A day trip from Islamabad to Khanpur through the unbeaten Margalla trek introduces you to thousands of years of civilisation, an unexplored flora and fauna and serenity at its best. The government must speed up the construction of roads as well as renovation of the historic sites along the pass to boost the tourism economy and potential of an important part of Islamabad.

The high road to Khanpur