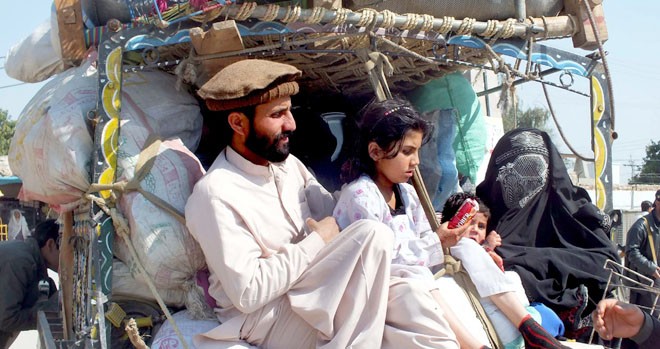 Despite being a frontline ally in the war on terror, Pakistan’s policy to deal with terrorists has always been taken for granted. While the US and European nations’ counter-terror policy is based on deterrence and preemptive strikes, Pakistan is more reactive than proactive or even preemptive. State counter-terrorism policy should have been killing or capturing terrorists, putting them on trial in special or ordinary courts, and imprisoning them in specially-constructed prisons forever. Such harsh penalties would have definitely discouraged terrorist activities in future.

Pakistan can adopt an effective counter-terrorism policy based on a four-pronged approach. First, rule of law and a swift judicial system is a prerequisite to counter terrorism. Thus, special Anti-Terror Courts (ATCs), special set of laws, and specially constructed prisons for terrorists is the need of time.

Second, the relationship between a terrorist act and media coverage has become extremely lethal. Recently, it has been known to Pakistani public that Hakimullah Mahsud was very fond of watching himself on Pakistani TV channels. This renders the objective of a terrorist and media more or less identical: both want to make news and remain on TV screens as long as possible. As a result, the militants show their power by propagating their political and ideological demands to the wider audience. Breaking this lethal combination is necessary to discourage terrorists from achieving their objectives by intimidating people through media.

The Ministry of Information must ensure that a terrorist group does not monopolise media attention and steer public opinion. Without giving this impression that the government is censoring information that does not go well with a true democratic and vibrant society, it may provide more information about terrorists and their modus operandi to the public. Also one terrorist act has been claimed by several terrorist organisations just to gain media attention.

If a society that harbours militants is provided with business and job opportunities, it will at once mould itself to pacific terms. We have a wonderful example of Gadoon Amazai Industrial Estate which brought a drastic change in the life of insurgents in that area.

The acts upon which a militant group legitimises its subversive activities and objectives must be delegitimised by the government as a part of counter-terrorism policy. This would happen once the questions like Sharia are dealt by the concerned departments. Regarding Sharia, the concerned department is Council of Islamic Ideology (CII) where eminent Islamic scholars of Pakistan would define the constitution and laws of the land in the light of Quran and Sunnah.

The Ministry of Information must give a sense of responsibility to the media men. Code of ethics must be followed in true spirit. Freedom of expression must be to the advantage of an established government rather than to a notorious group.

Third, the hatcheries of militants can be influenced by empowering local governments. A decentralised approach brings more benefits to the central government than vice versa. A federal system with trickling-down decision-making powers to lower levels of the society -- provinces, districts, tehsils and village councils -- gives a sense of responsibility to the local people who, in turn, own the government’s resolve to counter terrorism effectively.

Four, economic incentives are a strong threat to a militant/terrorist organisation. If a society that harbours militants is provided with business and job opportunities, it will at once mould itself to pacific terms. We have a wonderful example of Gadoon Amazai Industrial Estate which brought a drastic change in the life of insurgents in that area. Following the suit, if a Bara market is opened in Waziristan, the society will change economically, engaging most of the insurgents into business activities. Tax-free business, interest-free loans and a conducive atmosphere for a Bara market will be catchy offers to the members of a militant outfit.

Economics is the best antidote to war and appropriate mean to dissuade terrorists from their militant discourse. It will melt the organisation from inside without the use of force. Europe has never resorted to wars since the creation of European Union as economics proved more powerful than wars for achieving national objectives. If the EU model is applied in ungoverned spaces in Pakistan at local level, it will not only root out insurgency and militancy, but will also bring economic prosperity.