Product of a failed system 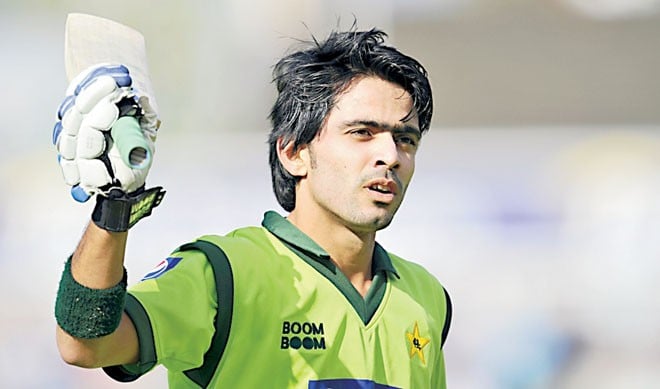 He came in to bat in the final of the President’s Cup. He was the captain of the team that had reached the final after having led the league stage of the competition. This was Pakistan’s premier 50-over competition and he had been averaging over a hundred in the tournament till that point, having scored more runs than anyone else in the tournament. This was the man who has the 4th highest List A average in Pakistan’s cricket history. Yet, among the handful of those present, his entry was greeted with divided opinions, with more people leaning towards derision than appreciation. This, in a nutshell, is the summary of Fawad Alam’s career.

Now there will be those who would snigger at even the idea of there being people who could possibly appreciate Fawad. For those that judge him on his international T20 appearances he seems the most unlikely of Pakistani batsmen: supposedly unable to even clear the 30 yard circle, a man who makes batting look like a chore. Here, I am told, is a man who only played international cricket because Pakistan has had two Karachiite captains in his playing career. To those that doubt him, he is unable to play quality (or fast) bowling and he is the living embodiment of the ‘sifarshi’ culture that exists in Pakistani cricket.

Yet, here are the facts. As I write this Fawad averages 55.87 in first-class cricket. Apart from players in the Ranji Trophy, there is no active player in the world game that averages more. He also has the highest first-class average in Pakistan’s history. The second highest average in Pakistani history is that of Javed Miandad, who averages 53.37. The list after Fawad in Pakistani first-class averages reads: Miandad, Hanif Mohammad, Haris Sohail, Zaheer Abbas, Misbah-ul-Haq and Inzamam-ul-Haq. The argument over Haris Sohail can wait for another day, but that is a pretty impressive list to be sitting atop of. And it’s not as if these numbers are inflated by one extraordinary season long gone; last year he scored over a thousand first-class runs at 48.6, this year he has averaged 54.8. In another country he would have been a regular in the national team by now. Not Pakistan though.

Now, if he had done a Mark Ramprakash and failed spectacularly at the highest level after notching up the stats in the domestic game this would make sense. But he played all his innings in Test cricket batting in the top three, something he isn’t suitable for, yet still managed to score 168 on debut. Two matches after that he was dropped, to never be recalled again. In ODIs his average and strike rate are both in the reasonable range -- far higher than, say, Umar Amin or Asad Shafiq; the two players above whom he has been selected for the Asia Cup.

And it comes down to those two names really, for they have been repeatedly tried and tested in the Pakistan team at the position that Fawad Alam would expect to find himself in. For all his success in the longest format Asad has failed in pajama cricket, as has Umar Amin. And that is somewhat expected. Because even if they are more textbook than Fawad both of them average in the 30s in their first-class careers; and that really the crux of it ñ- for all that we celebrate the sound techniques and the "class" of Asad and Umar, what counts is what they put up on the scoreboard, and as years of domestic cricket have shown, this is somewhere they lag behind Fawad. Both of them average at least ten runs worse than Fawad in both List A and first-class cricket. This is not to denigrate the record of those two; in fact one is reminded of Marcelo Bielsa’s quote that has to be employed as a precautionary tale: "Comparing players rarely gets done as a way of eulogising the chosen one, but as a way of criticising the other one."

This is done only to shed light on Fawad and why his selection for the Asia Cup was long overdue.

This is something you will hear repeatedly, particularly from those within cricket circles, that Fawad just doesn’t have "it". It is surprising that a country that feels so proud in being innovative and thinking out of the box when it comes to bowling -- whether that be reverse swing or mystery off-spinners -- is so hung over the "correct" way to bat. So what if Fawad plays like a crab forcing a double handed backhand cross court, the proof is in the pudding.

One can denigrate the quality of the domestic game as much as one wants, but the fact is that the parameters, the bowlers, the pitches and the conditions that he has played in are the same that everyone else in his generation has played in. And he has exceeded all of them. So to consider six innings as the sum total his contribution seems a bit odd, and maddening.

Alas, this isn’t even about Fawad. Fawad is just an exhibit; Exhibit A of a failed process that continues to trundle on in the belief that it is right all along, despite all evidence to the contrary. Long may it continue, I suppose.

Product of a failed system