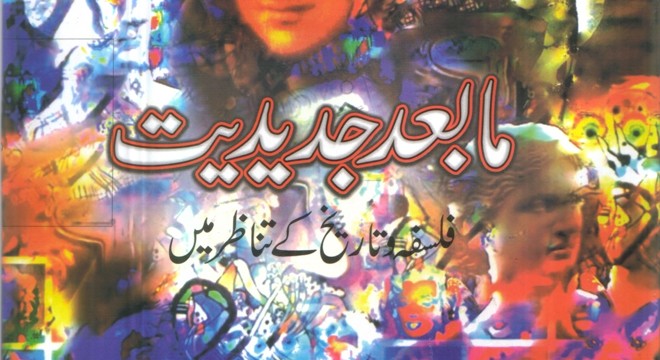 Postmodernism is the most misconceived and misinterpreted term in the present times. It was coined in the middle of the 20th century in the writings of scholars like H R Hays and Arnold J Toynbee, as an expression of a new way of perception in the disciplines of history, painting, music, architecture and literature. As a reaction to modernism and especially in the aftermath of World War I, this approach emerged to change the existing intellectual pursuits.

This approach, however, attracted opposition the way to look at the antiquity, authority, and even reason and objectivity. It exists even today, with more vigour in our part of the world, causing serious hurdles to understand it.

In this context, Dr Iqbal Afaqi’s book Maabaad Jadeediat: Falsifa-e-Tareekh kay Tanazur Main (post modernism in the perspective of the philosophy of history) can be considered a significant addition. Concise language, objective and unbiased approach, which is easy to understand yet at the same time accurate. Some of its many characteristics seem to demonstrate not only the writer’s grip over the subject but also assure the possibility of a fair understanding of the movement for the Urdu readers.

Dr Afaqi is a teacher of philosophy and has already proved his scholarship in the publication of a voluminous book Knowledge of God: A Comparative Study of Christian and Islamic Epistemology. An objective style of expression in writing and thinking, not usual in Urdu even in the writings on social and scientific subjects, is the characteristic which distinguishes Afaqi from his contemporaries.

Over the years, unfortunately the term postmodernism has become a misconception regarding its interpretation, which still exists here as it used to be in the West.

The UFOs and ESP phenomenon, especially before the dawn of the 21st century. One finds quite contradictory elucidations on the same subject in Urdu literature. One of the major reasons are: the short-sighted and half-baked literary critics who have taken the responsibility of expounding the term without becoming aware of its philosophical perspective.

Dr Iqbal Afaqi has used a thought-provoking term ‘Epistemic Darkness’ to refer to the dark ages the west remained inflicted with for centuries until the emergence of the revolution of the Renaissance. Mythology, imperialism, and church, three symbols of authority, an ancient bond of power and ingredients of this darkness, were tackled and defeated by the power of the authority of reason and scientific objectivity.

Reaction against this darkness was modernism. But even modernism could not remain unchanged and soon postmodernism emerged in its rejection, as modernism had come forward as negation of enlightenment thinking soon after the end of the catastrophes of the World War one.

According to one of the most prominent exponents of postmodernism in recent times, Derrida’s text encompasses everything; the writer, reader, words and the contemporary circumstances, and all these factors together construct the structure of meaning.

In the last chapter Dr Afaqi in an elaborat and measured manner expresses his own point of view. He deplores the damage of niceties in our lives, due to the voracious expansion of capitalism and greed for profit. He also criticises Marxism, assessing its approach as inhuman. What remains is nothing but a void and no hope at all. Is it the end result of postmodernism?

The labelling of changing waves of thinking patterns does not end here. The brilliant and untiring academics in leading universities in the West remain busy in coining new terms. Post-postmodernism, a new label, is echoing in the hallways of the academics worldwide. It seems, soon we will be struggling with new definitions, new misconceptions, new interpretations, and of course the same old versions of history.