Culture is what people practise, not what they believe 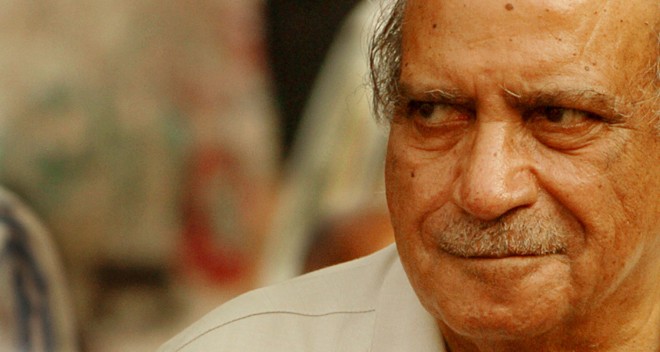 The News on Sunday: How do we define culture; who defines it?

I.A. Rehman: Culture is a very practical aspect of life. People follow a particular culture. But attempts are made by people who wish to regulate other people’s lives to define it. For instance, there’s great confusion in Pakistan that the culture of Pakistani Muslims is Islamic. Now that may be their belief but culture is derived from the historical experience of the people. The culture of Khyber-Pakhtunkhwa is different from that of Sindh. So, culture is an aspect of life which people practise; it is not what people believe. To use religious symbol of a culture is not very correct.

TNS: When we talk about Pakistani culture, do we not ignore our ethnic and regional culture in favour of a state regional narrative that relies heavily on religion?

IAR: I agree with you. That’s why I said the culture of Khyber Pakhtunkhwa is different from that of Sindh. We should identify the elements of culture. Culture means how people behave with one another; how people behave with the opposite sex; how they react to oppression; what is their attitude towards education. And at the same time, how do they express their pleasure; what pleasure do they seek through collective activity; what is their attitude towards music, dance, painting, and other arts; to what extent do they follow these arts, or allow or experiment with these arts?

The emphasis, as you say, on a single monolithic narrative is absolutely wrong and false. That is the desire of the rulers to mould the people within a uniform political framework. So dictators, or people who oppose democracy, will emphasise Pakistan’s composite culture.

Now that is a bit tricky. It is not a variety show that you can call the Khattak dancers from Khyber Pakhtunkhwa or Baloch flute players from Quetta and say this is Pakistani culture. You can say Pakistani culture respects and includes all these cultures. And what unites them is the fact that they are citizens of this state.

TNS: You say there are certain common narratives, whether positive or negative, between different regional cultures. But how do you negotiate as a human rights activist when you go and talk to people about negative practices, such as child marriage or domestic abuse, and they draw on their cultural practices to defend it?

IAR: There are problems, as you have rightly pointed out, that culture keeps changing. And if it doesn’t change, then it means that life has gone past the culture. The kind of culture they want to practise in Khyber Pakhtunkhwa is not in accord with the demand of time. In terms of time, it has been left behind. Normally, societies have a way of giving up antiquated pieces of culture.  For instance, you know, about 25 years ago, women of landlord families in Multan would not go out without a veil. They would only take off their veils when they went to Murree or to England. But now they can take it off. So, the process happens over time.

The problem is that the activists want to expedite this process. For instance, the culture of keeping domestic servants, generation after generation, is in conflict with the modern concept of human rights. What is important is that a conscious society will keep shedding some aspects of a traditional culture and acquiring new aspects. It happens over time.

This process can be expedited also by universal education, by opening up opportunities for cultural activities, and cultural mingling of people. If that happens, people will start coming out.

For instance, we had a culture of not allowing girls to work. But when girls started bringing money, many families now wanted they should now go on supplying them with money. Therefore, marriage age has gone up. That is also a cultural development. Economic activity and education and general participation in aspects of life helps people to give up some of the ancient traditions.

Now what is happening is that in our country religion is used to defend ancient cultures. That creates problems and this is an abuse of religion. For instance, they destroy girls’ schools and say religion calls for it. There is a mixture of religion and culture. When you ask Punjabi landlords why they won’t give share of land to their girls, they will say "yeh humara riwaaj hai" (it is our tradition). When they want, they use tradition, when they want they use Islam. This is a defected narrative.

The way we as human rights activists deal with it is that we don’t quarrel with people; we are prepared to respect their tradition. But we also tell them this is in contradiction with the demands of modern times.

TNS: Talking about popular culture that is being produced through media, it heavily relies on corporate sponsorship. Does that take away from its authenticity?

IAR: When you mention commercialisation of culture, there is always an aspect of economic benefit. Even the old story teller, when he told his stories, got some money. That is one thing. The other is I employ you to perform a culture and I get more money than you get in wages. That is commercialisation and exploitation for a particular purpose. Then there is censorship, official control, demands of the people.

Now popular culture is that half naked girls be dancing in theatre. But you can’t do it. So, the concept of morality also keeps changing. Twenty five years ago, when Aslam Azhar introduced music on television, he was shouted down. But look at the media today, all of that is acceptable. So, time and economic activity and exposure to the world’s culture is producing changes in pattern of popular culture.

TNS: Do you think there should be some control over what kind of culture is being produced? If, like you said, popular culture is to show nudity but we can’t do it over here, is that control justified?

IAR: Not at this time. It depends on the capacity of an audience. Just as we say some things should not be shown to children. It is not just a question of nudity, it is also a question of violence. So, in the formative and under-developed societies some kind of regulation is considered necessary, although I’m against it. There are other ways to deal with it. We can do that by raising people’s understanding.

TNS: Isn’t that tricky? If you are in it for commercial gain, you would give people what you think they want. And you would not try to bring their level up by giving them quality. That would mean there is a risk of your product failing.

IAR: You are right. But if there is a pluralist society that has the capacity to throw multiple strands, internal competition is developed. Take films for instance, our producers have been making films that they think people want. But there is no other strand in the market, which you can call minority cinema, art cinema, or quality cinema. If there is that, then there will be interaction between both and new things will arise.

The health of cultural growth demands a creation of various forms of cultural activities. So, good aspects, what you can consider proper artistic stream, can also compete with the popular notion of culture. Then, gradually, people will be converted and a synthesis or a compromise can be arrived at a later stage.

TNS: Do you think there is a way to define culture in an all inclusive way that doesn’t stick to the traditional definitions of high culture and low culture?

IAR: That is not possible perhaps. But it’s important that culture should not be defined as a static thing. Culture should be an evolving process in which society should be able to throw up all possible strands. If you regulate that, there will only be white rose in Pakistan. But if you allow flowers of all kinds to blossom, then there will be interaction, and people will gradually turn to that.

TNS: You say culture should not be a static thing. There are people who are very nostalgic about the culture that dates back to the Indus Valley Civilisation. They talk about the indigenous culture as pre-dating Muhammad bin Qasim. They are wary of Islam’s influence in the sub-continent. At what point do you start looking forward?

IAR: It is always the case, but eventually some of the nostalgia becomes invalid. Each generation considers that it’s the acme of achievement. That is wrong.

I would not like to be misunderstood. But everything in our ancient culture is not good. And nor is everything in our ancient culture bad. So, it has to be a selective process. For example, we care for one another and it is part of culture. But in the process of urbanisation, we are giving it up. Then we don’t pray to stones or we don’t think we will be fine by reading the shape of the moon.

TNS: Talking about culture and terrorism, do you think there is any depth to this narrative that we will counter this "creeping Talibanisation" by annual events in urban centres targeting upper middle-class elite?

IAR: These things do contribute; but there is no development of society. You go to literature festivals, you read a book, but the society at large is still in the same shackles as before.

This commercial culture is for those who can pay. It doesn’t reach the masses. Some people go to perform street theatre in factories and towns. They are allowing those people to participate in that culture. That is important because people get inspired by it and learn from it.

Culture is what people practise, not what they believe