In her hour of need 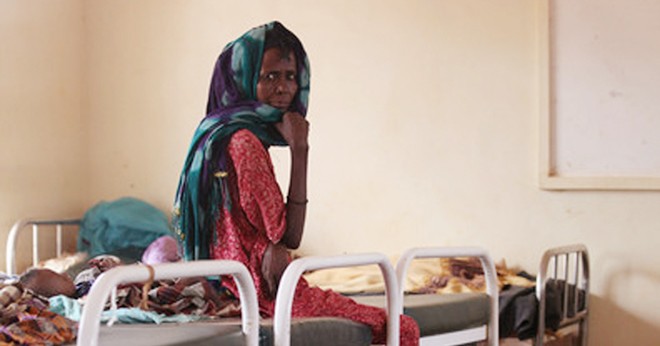 A text message flashed on my mobile screen. It was a passionate plea from some unknown number to seek generous help for an ailing woman. I phoned. On the other side was Sunain Hanif, a student of a local university. The person in need of help was Zaitoon Bibi, suffering from liver cirrhosis and in need of liver transplant.

Sunain found out about this lady when she and her friends went to distribute toys among children in Jinnah Postgraduate Medical Centre on New Year. Zaitoon was admitted there with her eight year old daughter Laraib, a student of fourth class in a government school.

"We are trying to generate funds for her transplant in India which will cost at least Rs 4 million. First we contacted the three hospitals in Pakistan where transplant facility is available, but after reviewing the case history of the patient, they gave no hope. Then we searched the internet and contacted a doctor in India, who assured us 100 per cent success. That gave us an impetus to continue our struggle," said Sunain.

After checking Zaitoon’s reports online, Dr Vivek Vij, Director for Liver Transplant and Hepatic biliary surgery at Fortis Hospital, of AMI (Assistance Medical India) Foundation in India, came to Lahore to see the patient physically in early January. After a check-up, Dr Vivek prescribed immediate surgery for her. Talking from India, Dr Vivek Vij said that he was quite optimistic about the success of Zaitoon’s operation. "In Zaitoon’s case, I can give you 70 per cent assurance but she should be operated upon within two months, otherwise the chances of success will dwindle," he explained.

Cirrhosis of liver is shrinkage and fibrosis of liver. Many patients might develop cancer of the liver and others might go into coma repeatedly. Due to cirrhosis, liver cannot perform its normal function. Infection with hepatitis viruses B and C are major causes of cirrhosis. But alcohol abuse, chronic iron overload and obesity can also cause cirrhosis.

Zaitoon is given symptomatic treatment to save her liver from further damage and multi-vitamins give her some strength to survive. But Zaitoon’s condition has worsened in the past one year.

According to Dr Vivek, Zaitoon’s surgery will be done at Fortis Hospital in India. Transplant procedure involves replacement of the recipient’s liver with part of the liver derived from a healthy donor. The surgery lasts for 10-12 hours and is a major undertaking. "Liver has a tremendous potential to regenerate itself and just within a period of three to six months, the half liver becomes complete in all aspects in both the donor and the recipient," he explained.

Sunain Hanif and her friends, who are members of the National Youth Assembly of Pakistan, are studying or have passed out of various universities across the country. Mostly they work in the areas of education and health. The group is planning a charity show and a musical-cum fashion show to collect donations for Zaitoon Bibi.

Wajahat Khan, a student of Bachelor in Computer Science at Peshawar University and serving as Minister for Political Affairs for KP in the National Youth Assembly, said: "We went to six main political parties of Khyber-Pakhtunkhwa, various philanthropists and industrialists for a donation for Zaitoon Bibi. Unfortunately, the response was not very encouraging. Now we have decided to do a musical show in KP. The progress is slow due to political situation in the area, but we are optimistic about a positive outcome."

Tariq Khattak, heading the media cell of People’s Youth Organisation and a student of BBA at Punjab University, Lahore, complained of lukewarm response from people and organisations that he and his friends contacted.

"The amount required is so huge that people do not trust us, fearing it is some money collecting gimmick. Seeing this response, we are now planning to set up camps at the universities and shopping malls to collect money for Zaitoon. But we are looking at platforms like Aman Ki Asha to hold our hand for a big and trustworthy campaign," he quipped.

Living in a two-room rented house in Pathan Colony near Banaras with her two sons and a daughter, the story of Zaitoon Bibi is no different from any other woman living in poverty-stricken areas of Pakistan. Five years ago, she fell in her bathroom and became unconscious. She was alone in the house. Hearing her screams, the neighbours rushed her to a public sector hospital where doctors found out that her spleen had ruptured. She was operated upon immediately but due to poor post-op care, her wound never healed. Now she wears a belt on her abdomen. Her liver started getting affected, and she developed Hepatitis C and later liver cirrhosis.

According to the statistics given by the Sindh Institute of Urology and Transplantation (SIUT), an estimated 50,000 people die each year in Pakistan due to end stage organ failure. This includes 15,000 deaths due to kidney failure, 10,000 due to liver failure, and 6,500 due to heart failure. The main reason for majority of these cases is want of an organ donor. Despite the Human Organ and Tissue Transplantation Law in place, less awareness in Pakistan about the issue has been a major handicap in treating such patients. Besides, the surgery is also very expensive. While there is some hope for patients with kidney failure as those alive can donate their kidney, the answer for patients with end stage liver, heart or pancreas failure is deceased donor organ donation.

The family of Zaitoon Bibi is under severe financial crunch after losing all their savings on her treatment. Nazeer Ahmed, Zaitoon Bibi’s husband, sold his house on the advice of his friend. His friend gave him his house on rent for Rs 5,000 in Pathan Colony. He also offered him to run his grocery shop with his own investment.

"After the closure of the company where I used to work, I lost my job. We have spent all our savings on her treatment but it has brought no relief to my wife," says Nazeer Ahmed.

Today, Nazeer and his younger son work on the grocery shop as salesmen and jointly earn Rs 6,000 per month. His eldest son goes to a tailoring shop and earns around Rs 200 a day, which occasionally gets affected due to unrest in the city.

Zaitoon is given symptomatic treatment to save her liver from further damage and multi-vitamins give her some strength to survive. But Zaitoon’s condition has deteriorated for the past one year and she is now unable to sit without any support. Breathlessness, fatigue, loss of appetite and other complications related to cirrhosis has relegated her to bed. She is surviving only on few sips of vegetable soup or juice. "I cannot even take a bite of bread or a glass of water. Excruciating pain never lets me sleep," she chokes as she talks.

Zaitoon’s daughter Laraib is the youngest among her siblings. The little girl sweeps the houses, washes dishes after coming back from school and before going to madrassa. At night, she presses her mother’s head and body to give her some relief from pain.

"I want to eat a lot so that my liver grows bigger and I can donate it to my mother," says young Laraib.

Human Organ and Tissue Transplantation Law was passed by the National Assembly of Pakistan and signed by President Asif Ali Zardari in 2010. The law enables any person, whose will says so, to become an organ donor. If there is no such declaration available and the person has been declared ‘brain dead’, a living spouse, parents or an adult member of the family is authorised to give consent to retrieve any organ for transplantation at an institution or hospital recognised by the monitoring authority.

Organ transplantation from deceased donors is being practiced in many developed and developing countries but in Pakistan lack of awareness has been a major impediment in making headway.

In her hour of need

The road to recovery