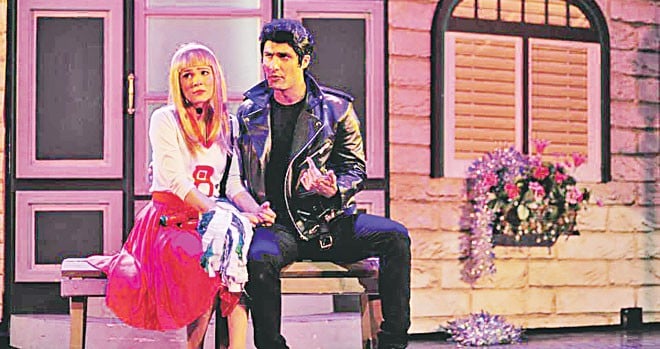 A flurry of high-octane numbers. Bright, dazzling lights that danced with the stars. Eye-catching sets that carried the viewer to another time, another place. If Made For Stage Productions’ Grease is to be commended and recommended (last performance tomorrow, by the way), it is for the spectacle it offered. Pretty girls in pretty colors flit across the stage, as black leather-clad hunks slide by, slick as Travolta (or arguably close). One is "Mooning", the other is "Hopelessly Devoted", they are all "Born To Hand Jive", …baby. It’s immersive – the two-and-a-half hours (or so) fly by.

But one leaves the theatre, sodden. Not sopping wet (though it drizzled on the night I watched), but with one’s mind saturated with the surfeit of song and dance and bright and shiny visuals; but not exactly sated. What was the missing ingredient?

Of course, it’s a musical. And of course, one doesn’t go to a musical to have their minds stimulated. There are libraries for that (somewhere in Karachi). But one can expect to engage with characters on an emotional level: to fret as Sandy (Ayesha Omar) is spurned coolly by Danny (Ahmed Ali) in front of all her new friends; to cheer as the two lovebirds make up; to slap one’s forehead shortly after, as he forces himself on her in Kenickie’s borrowed Ford at the drive-in. But one goes through the motions, watching, watching, one number after the other, until the final reprisal of "We Go Together" and the (obligatory) ovation ensues.

It can’t be blamed on the ‘musical’. Made for Stage’s Chicago was excellent – dark, caustically witty, of another time and place, like Grease, and also featuring the thespian talents of Sanam Saeed, who plays the firebrand Rizzo, as well as Nida Butt, who has directed Grease with lots of heart; it shows clearly. But Chicago had the potential to connect with the audience because that story of passionate crime, with strains of lust and jealousy, had that all-important element of suspense that kept our interest alive till the very end. Even Mamma Mia was masterfully executed – light, playful, a bridal melodrama with a paternity puzzle at its centre. That too was suspenseful in its own blithe way. Grease is a spilt over summer romance, and the question of ‘Will Sandy and Danny rekindle their romance in the fall?’ doesn’t sustain interest for the running time of the play. For all we know, that on-again-off-again couple may break up outside that swankily dressed up retro bar after the curtains are drawn, a tearful Sandy running in one direction and that douchebag Danny standing stupidly, remorseful in retrospect, as their respective cliques look on, inexplicably dumbstruck. In isolation, Grease is chockful of entertainment.  But for a houseful of Karachiites, the plot needed more.

Of course, there is no question of ‘localizing the story’. Firstly, it’d be illegal – this is a licensed production after all; no changes can be made to the script (though one wonders how that nifty nod to McDonalds was managed). And secondly, to try to localize Grease, a story deliberately crafted to pay homage to the roaring rock ‘n roll era of ’50s America, would be a completely futile exercise.

Can one dare to suggest that Grease shouldn’t have been staged at all? Of course not. The social media teems with praise by those who love a few hours of solid senseless fun, and the brimming Arts Council attests to the name Made For Stage Productions has created for itself over the years. But had this been another musical, with Nida Butt’s spot-on direction, and featuring the talent that she picks from the pack of hopefuls, it would have pleased a much larger crowd.

Sanam is a regular in Made for Stage productions, and Ahmed Ali is a welcome newcomer in Karachi, who was so, so good, with years of theatre experience in Islamabad and Thailand backing him. Mustafa Changezi looks, sounds, croons, primps and preens and even stomps away, making a dash for the door,  just as Kenickie should. All eyes were on Ayesha Omar that night, as her part offered her the chance to surmount the criticism that ensued after her LSA win. Ayesha’s the girl who held her own, while singing on the same night as Sanam Marvi at the Engro Excellence Awards last year (or was it the year before?) Anyway, after Grease, one can safely say that Ayesha Omar is definitely a singer in her own right, but could have worked on her diction.

The most delightful surprise of the night was the sheer talent of the supporting cast, many of whom were acting on stage for the first time. Anum Najeem was very convincing as the silly, silly Jan, who amazed when she belted out her parts in "Mooning". Sara Haider, as the flighty Marty, impressed once again as she crooned for "Freddy, My Love", proving her diversity as an actor too – she was last seen in Portrait of Rumi, as a hypnotized girl working through her many complexities, a role she essayed with striking ability. Parishae Adnan as the attention-seeking Patty really did command attention on stage with her vivacity. Almitra Mavalvala as Frenchy, Sharik Kazi as Doody, Hamzah Tariq Jamil as Roger, Zain Hashmi as Eugene, Zubair Tariq as Sonny, Asfandyar Khan as Johnny, Bassam Shazli as Mr. Lynch, Faraz Lodhi (another one from Chicago) as Vince Fontain and Rida Shahzad as Cha Cha – all did justice to their roles, making sure that Grease does not lack in its acting, singing, dancing, groovin’ departments.

Licensed productions, a nose for new talent – these are all signs of a forward-looking, ambitious company, one that will continue to fill theatres, irrespective of crabby non-critics like this scribe. 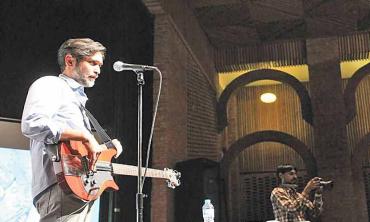 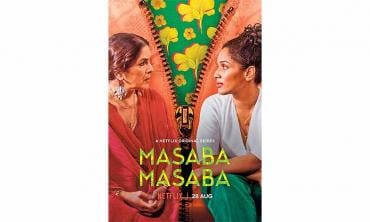 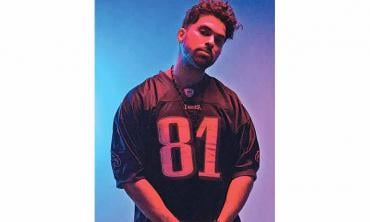