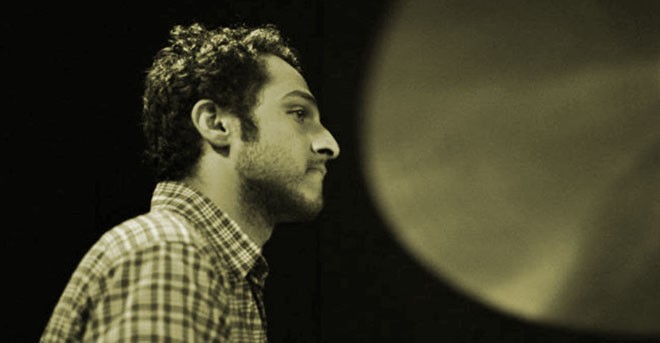 If we did not know that the lives of minorities are under immense threat in Pakistan, Haroon Khalid’s A White Trail, gobsmacks, nay, sucker punches us with the reality. The language is unpretentious; there is no mincing of words, no melodrama, no harangue or pontification. There is page after page of cold, hard, cruel reality delivered with the palpable brutality of a sledge hammer blow. It is a work to make thinking Pakistanis hang their heads in shame and Jinnah turn in his grave.

Trail (from the white portion of the national flag represented the increasingly beleaguered minorities) is a travelogue that takes one on a whirlwind tour of minorities’ festivals and worship places in Pakistan. Comprising of articles originally written for a newspaper and apparently enlarged to become a book, the journalistic language is understandable. That having been said, the work is not dry and impersonal. It has the rich and round fullness of a travel book with plenty of anecdotal content.

The clear strain that runs through the book is the total lack of security to life, property and the pursuit of religious obligations that minorities live under in the ideological state of Pakistan. Consider the injustice of denying Hindus to put temples in Multan, derelict since Partition, back into use not by the mob, but by the government itself. Or ordinary people labelling minorities, especially Hindus, as enemies of Pakistan in times of conflict with India.

Khalid’s narration of events that he pieces together from interviews is masterful. One can actually feel the terror that Ahmad Gill, a Christian of Shanti Nagar, lived through when their township was attacked.

In this latter case, there have been instances of peace-abiding patriotic Hindus being targeted during the two major wars with India. The fallout of the destruction in December 1992 of the Babri Masjid was equally venomous for Hindus in Pakistan who had nothing to do with that vile act. The result, hardly surprising, is a survival strategy adopted by minorities to appease their Muslim ‘friends’ in a most abject and servile manner. The shame for which rests upon the majority.

Indeed, this prejudice is so strong that Valmiki Hindus in Lahore and Multan are constrained to pass themselves off as Christians who seem to be a little better on the hate scale. In no uncertain terms Khalid tells the reader how the state permits these prejudices to fester and grow: ‘Government school text books are filled with references labelling the Hindus as mischievous and conniving and they are blamed for the bloodshed during the partition.’ He writes and goes on to say that being a Hindu has become taboo in the puritanical society of Pakistan. However, if Hindus take the brunt of anti-minority wrath of a misguided Muslim population, other minorities fare no better.

Meanwhile, the recent increase in press coverage of minorities’ festivals that at face value seems to be a positive step is looked upon by Khalid differently. In his view, and quite rightly, it does not bode well. This representation is paternalistic, he tells the reader, and that ‘of an outsider group that needs to be protected and represented in a way that [the media] know best.’ Despite this patronisation at one level, we read that Muslim restaurant owners still deny service to minorities. When they do not, they maintain separate utensils for them. And we had Jinnah tell us that we will all be equal in his state of Pakistan!

Religious syncretism, once existing in the subcontinent, is a thing of the past. We are reminded how the revered Sufi Mian Mir was called upon by the Sikh guru to lay the foundation stone of the Golden Temple at Amritsar. And earlier how Guru Nanak integrated the works of Farid Gunj Shakr and other Muslim sages into his holy book. In the end it was the cruel Mughal emperor Jehangir who persecuted Sikhs for their belief and destroyed the syncretism.

The book discusses Christians, Hindus, Sikhs, Zoroastrians and the almost unknown Bahais. The study is remarkable for the fast pace and the author’s uncanny eye for detail as he moves with ease from a temple scene to the poor house of a minority member or a religious procession. If he is in a temple at festival time or with a bunch of pilgrims en route to a festival, there is nothing that escapes Khalid’s notice. He takes in the apportioning of the halva to the décor of a temple, the priest’s demeanour and the mischief of little children in utmost detail in the tradition of the best travel writing. He interviews his subjects with the precision that would have been David Frost’s and paints them in living flesh and full colour.

Khalid’s narration of events that he pieces together from interviews is masterful. One can actually feel the terror that Ahmad Gill, a Christian of Shanti Nagar, lived through when their township was attacked. This and other accounts of attacks on minorities make the stomach of the reader turn with fear and revulsion, so vivid is the writing.

A White Trail is an outstanding document of how an ideological state should not be run. It documents the shame that we the Muslim people of Pakistan should feel for what we have done against our own brothers and sisters who share Jinnah’s country with us. It doubly documents the shame we should know for doing what we did to the vision of Jinnah, a man we claim to revere.

For a first book, A White Trail has every mark of the long and successful future that awaits the author. 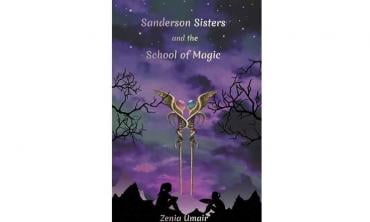 A book for all ages 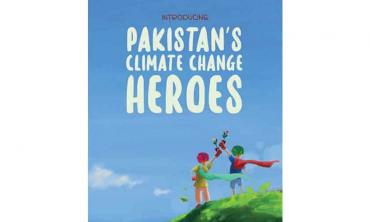 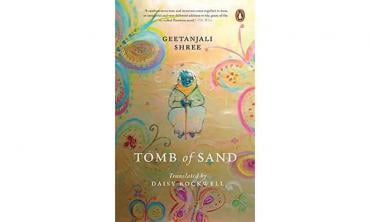