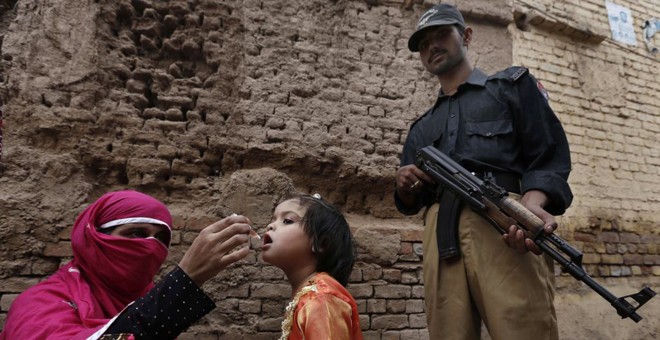 Pakistan has in recent years earned notoriety on many counts ranging from being the hub of terrorists to a perennially unstable country.

However, being compared with arch-rival India and seen in a bad light is always a painful experience for most Pakistanis. This happened again recently when Pakistan was described by the World Health Organization (WHO) as the only polio-endemic country where polio cases registered an increase in 2013 in comparison to 2012. The WHO statement was released at a time when India had won accolades for effectively eradicating the crippling disease despite having a huge population of more than a billion.

More embarrassment was caused to Pakistan when Peshawar, one of the oldest cities in South Asia, was declared as the "largest reservoir" of polio in the world. The WHO noted that 83 out of the total 91 polio cases in Pakistan in 2013 could be linked to Peshawar. It added that even in neighbouring, war-ravaged Afghanistan, 12 of the 13 polio cases reported in 2013 could be linked to Peshawar.

Afghan officials often complain that the polio virus affecting their children has its origins in Pakistan. The embattled Syrian government of President Bashar al-Assad without presenting any evidence also alleged that militants coming from Pakistan to fight on the side of Islamic groups had brought the polio virus to Syria.

As the capital of militancy-affected Khyber Pakhtunkhwa province, Peshawar is forever in the news due to the acts of terrorism and heightened political activity taking place in the city. It is also the favourite destination for people, whether Afghans or Pakistanis, seeking refuge from war and conflict and looking for education, employment and business opportunities. With a rising population that has touched the 3.4 million mark and being surrounded by slums of internally displaced persons and camps hosting Afghan refugees, it is hardly surprising that Peshawar has become polio’s "largest reservoir" in the world.

The issue of Dr Shakil Afridi has not only caused bitterness in the already uncertain US-Pakistan relations, but also damaged the anti-polio campaign in Pakistan.

The dramatic WHO statistics were meant to raise the alarm and sensitise the government and all those involved in tackling polio in Pakistan to the gravity of the situation. It was clearly a call for urgent action to boost prevention.

It isn’t that the Pakistani authorities are indifferent to the seriousness of the issue. Despite a host of political and administrative problems and the fact that the country is facing so many challenges at a time, a lot of attention is being paid to the issue of high incidence of polio. The previous PPP-led government too focused attention on the issue and created a cell in the Prime Minister’s office under the dynamic leadership of Shahnaz Wazir Ali to give it the highest possible priority. The present PML-N government, along with the provincial governments, too realised the need to continue focusing attention on the polio issue. Religious scholars, politicians, sports figures and other celebrities too have been pressed into service to promote anti-polio vaccination. The Ulema repeatedly issued fatwas (decrees) to refute the propaganda that the polio vaccination was un-Islamic or that it could cause infertility.

As the Federally Administered Tribal Areas (Fata) remained the most affected part of Pakistan reporting almost 75 per cent of the total polio cases, the role of the federal government and Governor Shaukatullah has assumed an added importance for coping with the challenge in the tribal areas. The governor highlighted the enormity of the challenge recently when he warned that travel restrictions could be placed on Pakistanis, including those going to Saudi Arabia to perform Haj and Umrah or seeking employment abroad, if the eradication of polio in the country isn’t handled on war-footing. In particular, his warning was directed at people of Fata as he is administering it on behalf of president of Pakistan. A proportionately high number of people from Fata compared with rest of Pakistan are gainfully employed in the Gulf and other countries and an unusually large number of tribal people perform Haj every year.

In fact, so much attention is being paid to eradicating polio from Fata that the political agents serving in the seven tribal agencies now jokingly refer to themselves as "polio agents".

Governor Shaukatullah travelled to Jamrud in Khyber Agency to inaugurate the previous round of anti-polio campaign and in the recent one got President Mamnoon Hussain to administer polio drops to children at the Governor House Peshawar to reinforce the importance of the fight against the disease. He also raised the compensation to be paid to slain polio workers to one million rupees.

In Khyber Pakhtunkhwa, the Pakistan Tehreek-e-Insaf-led coalition government raised the profile of the anti-polio campaign by getting Imran Khan involved in it. Imran Khan inaugurated the latest round of the campaign by administering polio drops to children at the Maulana Samiul Haq-headed Darul Uloom Haqqania, arguably the biggest madrassa in Pakistan, to send a strong message that his party and provincial government along with the clerics were fully behind the vaccination drive to root out polio. The PTI head was threatened by the militants for running the campaign and warned of dire consequences, but he refused to be cowed down and has continued to promote such a worthy cause.

That the problem still isn’t under control is primarily due to the armed conflict raging in Fata and parts of Khyber Pakhtunkhwa for more than a decade now. The issue became complicated when the Taliban militants imposed a ban on polio vaccination in some of the tribal areas, particularly North Waziristan, South Waziristan and Khyber Agency. They linked it with the US drone attacks and said the ban would remain in place until these strikes were halted. Obviously, the US won’t accept this demand and the hapless Pakistan government cannot oblige the militants. According to health department officials, the ban deprived 262,000 children in North and South Waziristan of the much-needed polio drops.

One of the major reasons for refusal of parents to allow vaccination of their children against polio is political in nature as they associate it with the US and CIA. This happened due to the dubious role played by Dr Shakil Afridi, a former agency surgeon of Khyber Agency, when he carried out a fake vaccination campaign in Abbottabad allegedly in return for money to help the CIA to track down the al-Qaeda founder Osama bin Laden.

The vaccination drive that he ran was against hepatitis, but it was linked with polio because his most widely published picture is the one in which he is standing in front of an anti-polio campaign poster.

Dr Shakil Afridi was picked up by the personnel of the Inter-Services Intelligence (ISI) in May 2011 for spying for the CIA. However, he was not tried and convicted on the charge of spying. Instead, he was tried on the charges of maintaining links and assisting militants belonging to the Mangal Bagh-led Lashkar-e-Islam in Khyber Agency, sentenced to 33 years imprisonment and lodged at the Peshawar Central Prison.

The US has been demanding his release by arguing that he should be treated as a "hero" for helping the CIA to trace the whereabouts of America’s public enemy number one. The US Congress has decided to reduce aid to Pakistan by $33 million to correspond to his 33 years sentence.

The issue of Dr Shakil Afridi has not only caused bitterness in the already uncertain US-Pakistan relations, but also damaged the anti-polio campaign in Pakistan. It is possible Pakistan would have achieved the status of a polio-free country by now had the case of Dr Shakil Afridi not contributed to further complicating the issue. 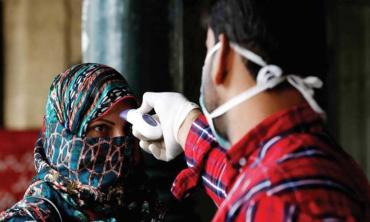 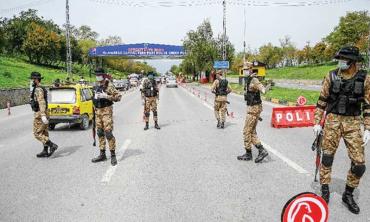 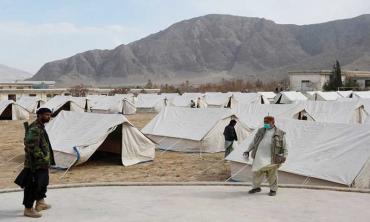