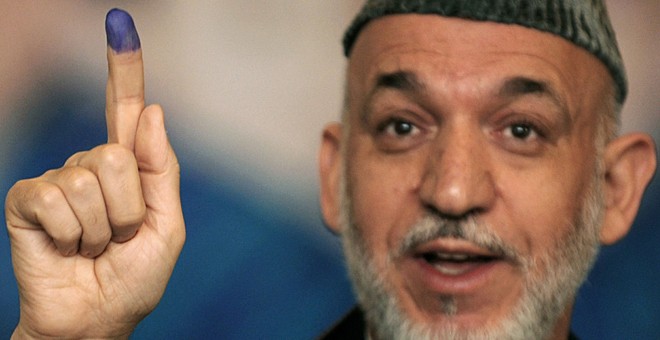 Afghanistan is going to witness another milestone in its emerging history of the 21st century. In April, presidential elections are taking place which will probably be the first peaceful and constitutional transfer of power in Afghan history. A successful electoral process would reflect a united Afghan nation, ready to overcome its historical difficulties especially in the US/Nato drawdown era. However, a rigged election will turn the country to square one.

Violence and fraud or pre-poll rigging is something common in the third world country. However, the way 2009 Afghan presidential elections took place, in fact disappointed many political stakeholders within Afghan society. Any repetition of such kind would lead to illegitimacy which Afghanistan is not at all in a position to afford. Rigging in elections would lead to violence and this in turn would result in warlordism. Of course, the annoyed candidates are in a position to play havoc with the country’s integrity, as was witnessed in the 1980s and 90s. Fraud in elections is extremely dangerous keeping in view the drawdown of the US/Nato forces from the region.

In the circumstances, the Afghan presidential elections are a challenge. A country with meager resources, weak political institutions, and still in process of a civil war, Afghanistan is writing its golden history. However, a man who completed two terms in office will lead a retired life afterwards. As the country is experiencing a nascent democracy, Hamid Karzi must not be retired. On the contrary, his hands on experience of running the country for more than 12 years must be used by granting him an important position. This would mean collecting all important and precious people for the benefit of the nation irrespective of their ideological, ethnic or political affiliation.

It must also be borne in mind that Hamid Karzai rigged the 2009 presidential elections. But the same fraud was done by the defenders of the US interests in Afghanistan. In his memoirs, the US defence secretary at the time, Robert Gates, less than three months before Afghanistan’s next critical presidential poll, says "the 2009 election was ‘ugly’ and that, though President Karzai was ‘tainted’, our hands were dirty as well." He says that the US administration connived in delaying the Afghan presidential election in 2009 and then tried to manipulate the outcome in a ‘clumsy and failed putsch’ that aimed to oustHamid Karzai.

Furthermore, he writes, "Holbrooke was doing his best to bring about the defeat of Karzai. What he really wanted was to have enough credible candidates running to deny Karzai a majority in the election, thus forcing a runoff in which he could be defeated."

We have no option but to believe in all this as Robert Gates was the man responsible for taking care of Afghanistan at that time. If he accepts all the mess, there is no doubt left in believing in it. This also reflects how the US plays havoc with democracy abroad. When I meet my American friends, they accept that the elections in the US are also manipulated. However, manipulating elections in the US is called freedom of speech, the people’s choice, a surprise popular result and is protected under the US Constitution.

Manipulating elections in other countries is called the US foreign policy. Was/is the electoral process in Afghanistan too serious a business to be left to the Afghans? Indeed, as supported by Henry Kissinger’s interpretation of democracy: "Idon’t see why we need to stand by and watch a country go communist due to the irresponsibility of its people. The issues are much too important for the Chilean voters to be left to decide for themselves."

I am also curious as how is Gates revelation not far more serious than any of Snowden’s leaks? Karzai can read and this just confirms his public suspicions. This would definitely muster anti-US perceptions amongst the US friends in the presidential palace. And why wouldn’t the Taliban put this on a loud speaker/banners/hand bills constantly to further poison public opinion and increase anger at US troops?

It does not take long to multiply events and issues for other nations. This would definitely be taken seriously in Pakistan where it’s a common perception that general elections are always fixed and that no political party comes into power in Islamabad without the consent/ permission/and nod of Washington DC.

It’s high time that a free, fair and impartial election take place for a vibrant and stronger democracy in Afghanistan. Rigging elections in the country in the past was one thing. But now it’s just like playing with fire. This may pull back the country into another series of internecine wars. Many, including Afghans, have learnt sweet and bitter lessons in Afghanistan. The US is yet to learn more.