Is it a sacred formula? 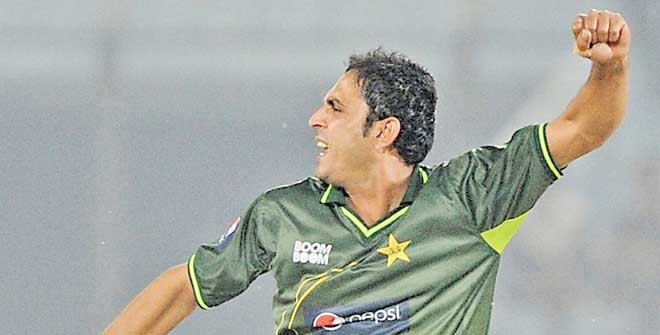 Everybody was expecting that Pakistan would play with two spinners in the second Test against Sri Lanka and that would bring Abdur Rehman in the playing XI. But again the team management opted to go for three pacers, perhaps due to the rain that had lashed Dubai a day before the match. The decision did not help Pakistan because whatever there was in the pitch for the fast bowlers, it was for day one only. And it was exploited by the Sri Lankan bowlers because they had the opportunity to bowl first.

When it was Pakistan’s pacers’ turn to bowl, there was little for them in the track. The trio of Junaid Khan, Rahat Ali and Bilawal Bhatti failed to give much trouble to the Sri Lankan batsmen. As a result, Sri Lanka accumulated a huge lead.

This raises the question: why was Abdur Rehman not included in the team? He has the ability to perform well on pitches of all kinds. He has proved it so many times. He was the fifth most successful bowler in Test matches in terms of number of wickets in 2011 with 36 victims in just eight games. Yet he has been kept out of the team for much of the last two years.

With 90 wickets from 19 Test that he has played in his career, he is one of the most successful spinners to have played for Pakistan. His record is much better than Tauseef Ahmed, Iqbal Qasim and also Mushtaq Ahmed. Besides, he has also given better performances than the medium fast bowlers who have played for Pakistan in these two years in place of him. But still he remains out of the team.

Despite all this, he was ignored and Zulfiqar Baber and Raza Hasan were given chances to represent the country in the recent past. These two are good spinners, no doubt. But they should have been given chances only if Rehman had failed. But he has not failed. Every time he is given the opportunity to play for Pakistan, he baffles the opponents’ batting line. Who can forget his mesmerising bowling which helped Pakistan crush England 3-0 in early 2012?

He is selected to be with the team on every tour, but he is not selected for the final XI. If the team management continues to do this to him, he may lose confidence in himself and fail to perform in future.

It is time the team management discarded the idea of playing with three pacers and one specialist spinner. It’s not a sacred formula. It was a good formula in the 1990s when Pakistan had Wasim, Waqar and Aaqib. But we are no longer producing fast bowlers like them. We should consider what Pakistan’s strengths are. If Pakistan can win matches with two regular spinners -- and definitely they can, they have done so -- why give opportunities to undeserving medium pacers?

Is it a sacred formula?