For the last several months Maulana Samiul Haq had been offering his services for arranging peace talks between the Pakistani Taliban and Prime Minister Nawaz Sharif’s government, but the latter appeared disinterested in taking up his offer.

Finally in the last week of December 2013, Samiul Haq got the call he had been anxiously waiting for. The Prime Minister gave him an audience and listened to his suggestions on how to go about the challenging task of engaging the militants in peace talks. A press talk after such a high-profile meeting is a must for our politicians, more so if they happen to be leaders of small and insignificant political parties. Before long, Samiul Haq was in the media limelight as an erroneous impression had been created that the Prime Minister had tasked him to arrange peace talks with the outlawed Tehrik-i-Taliban Pakistan (TTP).

Interior Minister Chaudhry Nisar Ali Khan tried to do damage control by arguing that the government had not authorized any individual or party to facilitate the elusive peace talks. He knew that handing over the peace mission to Samiul Haq would not only antagonize his bitter rival, Maulana Fazlur Rahman, but also other clerics who had offered help to establish contacts with the militants.

The rivalry between Samiul Haq and Fazlur Rahman is old and almost pathological. They did join hands for jointly contesting the 2002 general election from the platform of the six-party religious alliance, Muttahida Majlis-i-Amal (MMA), and ruling Khyber Pakhtunkhwa (KP) (then known as NWFP), but their relationship turned even more bitter when the MMA split and lost power in the 2008 polls. Fazlur Rahman’s JUI-F is definitely much stronger with representation in the parliament and some of the provincial assemblies due to its traditional vote-bank in parts of the country, particularly in KP and Balochistan. Samiul Haq’s JUI-S failed to win any assembly seat in the 2013 general election even though it contested from the platform of yet another religious alliance, Muttahida Deeni Mahaz, that was cobbled together to attract the Islamic-minded voters.

As Maulana Khalid Haqqani, new deputy chief of TTP studied at the Haqqania and was known personally to some of the faculty members of this madrassa, it wasn’t difficult for Samiul Haq to contact him in North Waziristan and seek his support for the peace talks.

However, Samiul Haq has one trump card that keeps him politically afloat at all times. As the head of the Darul Uloom Haqqania, probably Pakistan’s biggest madrassa founded by his revered late father Maulana Abdul Haq, he has been enjoying influence far beyond his real political strength. Many Afghan and Pakistani Taliban, including known commanders, have studied at this large seminary complex located by the side of the Grand Trunk Road in Akora Khattak in KP’s Nowshera district and it is common to find a number of militants in any battlefield or conflict area proudly claiming to be a Haqqani. The affix Haqqani with a name is evidence enough that the person has studied at the Darul Uloom Haqqania. Afghan Taliban’s supreme leader Mulla Mohammad Omar didn’t study at this Islamic school as is widely believed, but many other commanders such as the Haqqani network founder Jalaluddin Haqqani did and gave the Haqqania prestige and influence among the Islamic circles.

Some of the teachers at the Darul Uloom Haqqania are known Ulema and have taught a generation or two of the militants. Islamic scholars such as Maulana Sher Ali Shah enjoy respect among the militants, whether Afghan or Pakistanis, and the authorities have on occasions sought their cooperation while dealing with the Taliban.

As Maulana Khalid Haqqani, the new deputy chief of the TTP studied at the Haqqania and was known personally to some of the faculty members of this madrassa, it wasn’t difficult for Samiul Haq to contact him in North Waziristan and seek his support for the peace talks. It was reported that through him messages were passed on to the TTP head Maulana Fazlullah, who escaped to Afghanistan’s Nuristan province bordering Pakistan’s Chitral district after suffering defeat at the hands of Pakistan Army during the 2009 military action against him in his native Swat. However, Fazlullah hasn’t replied yet to the government’s offer of talks conveyed to the TTP by Samiul Haq. He has been generally opposed to the peace talks with the government and is expected to come up with tough conditions in case he is persuaded by Khalid Haqqani or other TTP commanders to agree to the offer made through the Haqqania madrassa.

One of the major allegations that Fazlullah had made earlier against the military is that five of his men, including his spokesman Muslim Khan, were tricked by intelligence agents and invited for peace talks in Mingora in early 2009 only to be captured. Top army officers had defended it as a sting operation while Fazlullah and his men felt it was deception. Militant circles have been arguing that the TTP should nominate these five for holding peace talks with the government in a bid to force it to release them. Their fate is unknown since being taken into custody by the army.

There has also been talk of involving Maulana Sufi Mohammad, the jailed father-in-law of Fazlullah and head of the banned Islamic group, Tanzim Nifaz Shariat-i-Mohammadi (TNSM) in the peace process even though it won’t be easy after the bitter experiences of the past. The previous experience of getting him on board didn’t work out in early 2009 when the ANP-PPP coalition government in KP with backing from the military freed him from jail and made a peace agreement with him in the hope of pacifying Malakand division and persuading Fazlullah’s men to stop using force to occupy Buner and other districts after having taken control of Swat. Also, Sufi Mohammad doesn’t have the kind of influence that is needed to bring Fazlullah and other TTP commanders to the negotiating table.

As we know by now, Samiul Haq wasn’t the only cleric willing to facilitate the peace talks. In fact, the government had difficulty deciding as to who would be a better option to do the job. Also, the prime minister was initially unwilling to seek the help of clerics who were politically active as he felt this could overly politicise the process and antagonise those left out of the mediation process. Besides, he was worried the cleric-politicians could try and exploit the situation in their favour and demand a political price for their services. However, it seems he is now willing to try anyone claiming to have contacts and influence over the militants to become involved in the effort to make the peace talks happen.

For more than seven months now, all one has heard is talk about talks. Even the preliminary steps for building trust before engaging in talks haven’t been taken yet. Though the PML-N government in the centre and the Pakistan Tehreek-e-Insaf-led coalition government in KP have continued to advocate peace talks, the military is clearly reluctant to fully back the initiative and try one more time after having made unworkable deals with the militants in the past. The army high command both under General Ashfaq Parvez Kayani and now General Raheel Sharif has backed Prime Minister Nawaz Sharif’s peace initiative, but it isn’t convinced that it would work and achieve the desired result of ending the conflict. 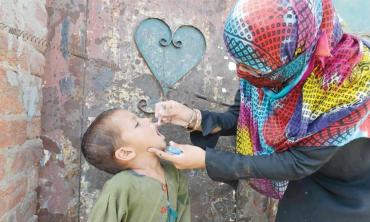 Polio on the rise 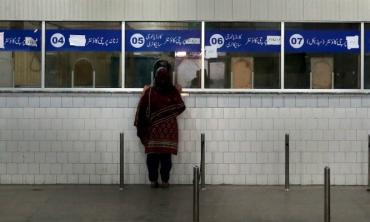