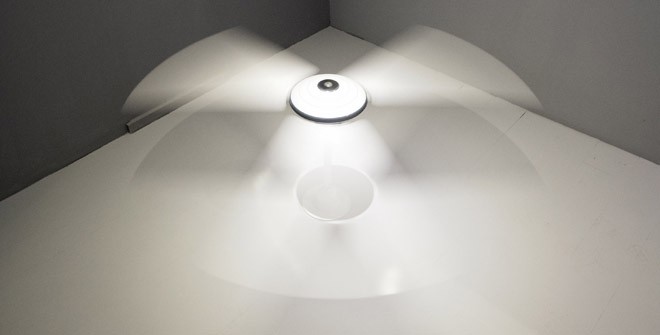 Although the end of one year and the beginning of the next appear identical, each year is different in its own way. The most prominent political development in the year 2013 was the retirement of people holding three highest political offices. That makes one think about the matter of retirement in art.

Unlike other professions, no one leaves his job in this field. People continue producing works till their last days or until their health allows. In literature, writers sometimes announce their retirement of sorts; for example Philip Roth and Alice Munro. This is unimaginable in the realm of visual arts. Picasso and Willem de Kooning kept painting in their old age; Kooning was painting even when he became a patient of Alzheimer’s.

It seems the closure of artists comes only in the form of death. In 2013, we lost the most dedicated art writer Shafi Aqeel. He would be remembered for his long contribution in Urdu art criticism in the form of seven books and innumerable columns, which provide great insight and information into Pakistani art and artists.

This year, three monographs were published on three major artists of the country. These books on Ijaz ul Hassan, Rashid Rana and Naiza Khan are important for understanding a single artist’s creative pursuit, but also for knowing the common concerns of the artists from this country. The ideas, imagery and issues found in the art of those three are relevant for a number of other artists. Apart from content, the slick production of the monographs indicates that art has become a serious business in recent times.

Seriousness was a hallmark of a significant, almost shocking, group show Extra/Ordinary, curated by Rashid Rana at Canvas Gallery Karachi. The show was remarkably distinct not just in terms of its idea, but also because of its display. The concept note sent by the curator demanded from the participants to choose one mass-produced and easily available object and to instruct a certain way of exhibiting that could convert it into a work of art.

This forced the artists to think beyond their normal art practice. Hence, they submitted works which were a deviation from their familiar imagery, material and concept. In the show one came across blank canvas rolled on the floor (Irfan Hassan), white starched shalwar hanging on a nail (Arif Khokhar), ceiling fan fixed on the floor while moving with full speed, pack of currency notes put on a pedestal (Abdullah Syed) and silicon breast implants balanced at an angle on the wall (Nausheen Saeed); all made by famous names of Pakistani art.

Arguably, the show was a comment on the ever-spreading art market and questioned notions such as authenticity, originality and commodity. These ideas were investigated by all artists even though some refrained from experimenting; their works still echoed their signature style or medium. This was not unexpected because many of them were seeking to establish a fine, though difficult, balance between the theme of the show and their particular pictorial style.

Another group exhibition, ‘Aihad Karo’, held at Koel Gallery in Karachi, again at the end of the year, curated by Meher Afroz, provided each artist a surface with the image of a bullet already printed on it. Artists invited to this exhibition approached the issue of violence in diverse manners. Due to the range of artists involved and the theme, this group show was an important event of last year. Works by Mahreen Zuberi, Rabeya Jalil, Irfan Hussain, Fatima Munir and Muhammad Zeeshan offered interesting visual solutions and depicted the artists’ position on matters of politics and terror.

Some of these themes were also explored in the exhibition, Here and Now, held in May/June at the Lahore Art Gallery in Lahore. The exhibition was a combination of six solo shows at one venue, as a separate space was allocated for the work of each individual. Just by moving away from the custom of organising an exhibition under a theme and requiring the artists to produce works on a given subject, Here and Now, showcased the current state of art and its diversity.

All works included in the exhibition portrayed and encompassed the new vocabulary of art, which is international and local at the same time. Mohammad Ali Talpur’s works on paper and canvas invited the viewer to look, concentrate and have a sublime sensation through the intersection of lines and interaction of tones, while Hasnat Mehmood, in his finely rendered images, derived from art history and commented on the changing world and impact of globalisation in its aftermath. The global and local elements were found in the works of Muhammad Zeeshan too; the artist by recreating popular sacred imagery connected it to the tradition of miniature art through an emphasis on delicate marks.

Likewise, in Adeela Suleman’s work from Here and Now, history was invoked to convey the current conditions. In her mixed-media sculpture on one of the gallery wall she composed the scene of medieval war. The use of fighting soldiers and other details brought out as well as bridged the gap between times and joined the terror of the present times to the violence of past. In her fiberglass sculptures, Nausheen Saeed blended the woman’s body with the shopping bag, suggesting the status of women in a male-dominated society.

Apart from these group shows, a number of artists held their solo exhibitions both in Pakistan and abroad. But the big question for 2013 remains unanswered yet: when will the National Art Gallery in Islamabad start organising seriously-curated exhibitions to justify its existence? 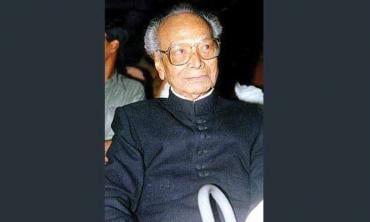 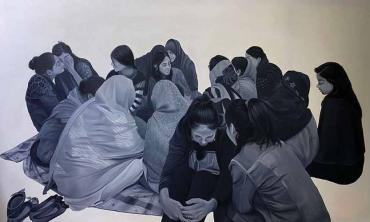 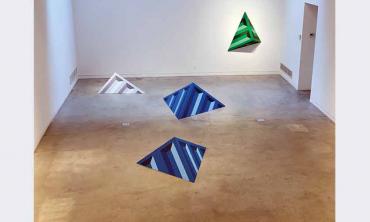