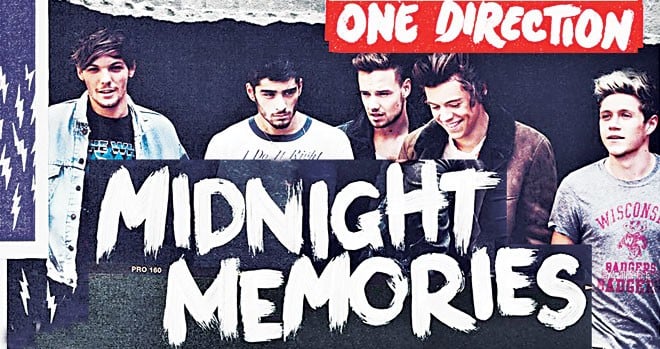 Band: One Direction
Album: Midnight Memories
They might not have won The X Factor, but One Direction has achieved something that has eluded even the winners of that show: massive worldwide success, powered by a rabid global fan base. The fact that the said fan base is comprised mostly of tween and teen girls is completely beside the point. What matters is that One Direction is the most successful product manufactured by the Syco pop laboratories, and it isn’t even hard to see why they have such widespread appeal in their target demographic. They seem like a group of charming young men who are having a good time and making some saccharine, easy-to-market pop music. And that hair … have you seen the hair?

Since being put together in 2010 for the seventh series of the British singing competition, Harry Styles, Liam Payne, Louis Tomlinson, Niall Horan, and Zayn Malik have together become a pop phenomenon, selling millions of singles and albums and decimating a number of sales records in the process. This year has not only seen the boy band issue a book, release a 3D documentary movie, and launched a fragrance (yes, really!), but the group has also released a new album.

Their third record in as many years, Midnight Memories sees the band trying to show growth but being too timid to try anything too drastically different. While they previously took their cues from dance pop, here they have traded that sound in favour of McFly styled pop rock anthems and some folksy ballads. With the help of numerous songwriters and a handful of producers (most prominently Julian Bunetta and John Ryan), One Direction have come up with a set of 14 songs (18 in the deluxe edition) that lyrically revolve around routine, PG-rated relationship-related fluff, although things do take a slightly seedy turn once or twice.

Album opener and lead single ‘Best Song Ever’ might not be the best song ever but it is a catchy, bouncy earworm. And the mid-tempo, guitar-driven second single ‘Story of My Life’ might not be as instantly catchy as its predecessor, but its folksy leanings help widen the group’s repertoire. Things, however, start to get a little dull towards the second half, with songs like the Ryan Tedder co-written ‘Right Now’ (which sounds predictably OneRepublic-ish) and the Gary Lightbody and Jacknife Lee effort ‘Something Great’ (which sounds predictably Snow Patrol-ish), which could have potentially been replaced by a couple of the bonus tracks.

What’s hard to ignore though, is that many of the songs sound like watered down versions of something that we have already heard elsewhere. Whether it’s the punchy Def Leppard reminiscent ‘Midnight Memories’, the Van Halen-esque ‘Little Black Dress’, or the Mumford-lite folk pop of ‘Story of My Life’ and ‘Through the Dark’, you can hear their influences loud and clear. And after all the hoopla about ‘Best Song Ever”s similarity to The Who’s ‘Baba O’Riley’, you can only hope no one ever hands a copy of this album to Rick Springfield because if he hears bonus track ‘Does He Know’, then One Direction will really have some trouble on its hands.

So yes, it borrows sonically from all sorts of places and is highly derivative. But then again, none of that will keep it from seeming interesting to its intended audience, most of whom are too young to remember the music and artists it approximates from (and who seemingly take pride in not knowing who The Who are). Ultimately, Midnight Memories might be ambitious by One Direction’s standards, but it isn’t willing to really be adventurous and is just inoffensive, polished, generic pop rock. It’s fun and catchy, but all a bit too vanilla. From their perspective though, it is safe enough to help them retain their fan base and perhaps even help the group’s longevity. 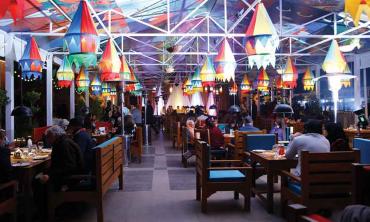