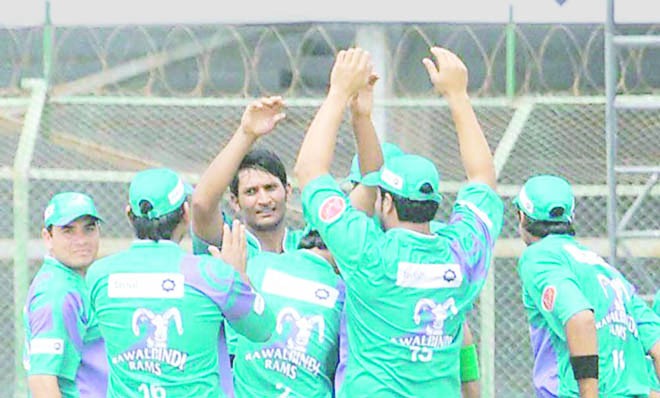 A couple of weeks ago Pakistan saw another national T20 tournament taking place. For the third time in less than a year it was held in Lahore -- and for the second time in those three occasions it had to be moved to Lahore at the last minute. The state of cricket in Pakistan, and the security situation in the country, can best be described by this chain of events. The change in Pakistan’s domestic calendar meant that for the first time the tournament was to be a departmental affair (ignoring the previous minor Department T20s, such as the one in the summer). It reminded me of the middle of the last decade when T20 cricket was introduced to the Pakistani domestic game and for the first time in a decade gave some life to it.

Back then there was an assumption that this would be the beginning of something rather than a finalised formula as it has since been accepted as. I had hoped that this would allow Pakistan to get away from the two tier system and instead have departments partner with regions to make the domestic game sustainable and popular. It is a formula which exists in Korean and Mexican football, among other places -- where corporation own the biggest clubs. One had hoped that a future Karachi-Habib Bank team, for example, would be something that could exist across all three formats. There are obvious obstacles to it -- most significantly the fact that beyond the great metros there might not be that much interest from the elite players and corporations. That evolution has not happened, despite the fact that it is now the highest form of the game in the country since March 2009. The PCB isn’t fond of making lemonade regardless of the availability of lemons.

Instead the departments still remain the source of income for the first-class player and have the concentration of the best talent, while the regions rely on the second tier players. Thus it would make sense, if quality cricket is to be appreciated, for there to be a department T20; except one of the reasons for the success of the city-based T20s was the loyalty and context that could evoke. Hence it was not a surprise that for the semi-final day, barely a third of the Gaddafi Stadium was full. For the final the stadium was almost two-thirds full but even then the crowds paled when compared to the T20 tournament held earlier this year at the same venue.

But there were mitigating factors to this. The city-based T20 tournament is something that the cricket fan is familiar with, and is easier to market. It’s difficult to sell a WAPDA versus National Bank match to an audience that doesn’t know which players play for each side, why he should care about either of the teams, and knowing that the best players in the country are in South Africa. And that final point is most relevant.

The major reason for the increased turnout for the final, beyond the fact that it was the final, was that the public knew that the national players were playing. Until the morning of the semi-final day the squad for the South Africa series wasn’t even in the country. So, you have to question whether sabotaging a national domestic tournament for a foreign tour is worth it. Personally, I think the positives from the South Africa tour far outweigh the negatives of sabotaging one tournament. These include the beginning of the alternate economy in a BCCI-less world, an improvement in Pakistan’s ODI team, especially its permutations, and exposure to the inexperienced players in the Pakistan team. The fact that Pakistan managed to win the series was a bonus too.

But I digress. I still believe that the PCB has done well to create a two-tier system in the other two formats, there was no need to fix what isn’t broken in the case of the T20 tournaments.

If the departments were to be included it could have been a natural evolution, as mentioned earlier, with them partnering regions. And yet such an event could still have been played in front of full stadiam if it had been held in a city other than Lahore, I feel.

Despite all this, these tournaments -- for the fans at least -- seem to exist for the sole reason of watching the new ‘talent’ in the country. Until the final that is something which had been absent. The dominant players (the likes of Sarfraz, Sharjeel, Imran Nazir, etc) were those who had been performing consistently in the domestic game and were now either on the verge of the national team or accepted as minnow bashers. That was until the final day, though. Because the final saw Usman Khan Shinwari, who had been impressive without being otherworldly until then, destroy a top order including the wickets of three national players in just his first two overs. The skeptic might still argue against the way he bowled, but he was unplayable for the best batting lineup in Pakistan -- which is proof enough. Sure it seemed like a rich man’s Sohail Tanvir but if you want to unearth diamonds, you don’t expect them to be polished when found.

So, for once in a PCB led affair, the glass really was half full.