2014 Oscar Predictions - Gearing Up for the Original Song Race 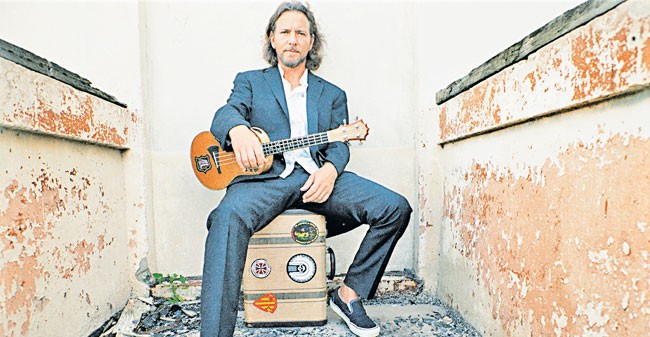 Bigwigs going for the gold

Adele handily won the Best Original Song Oscar for "Skyfall" earlier this year, but the "Rolling in the Deep" chanteuse was hardly the only major music artist hoping for Oscar gold. Taylor Swift co-wrote and performed "Safe and Sound" for The Hunger Games alongside The Civil Wars. Jon Bon Jovi and Keith Urban wrote and performed songs for Stand Up Guys and Act of Valor, respectively. They all earned Golden Globe nods alongside Adele. This year brings a similar abundance of popular acts that are writing and/or performing new songs for films.

The Hunger Games: Catching Fire is one of the most highly anticipated films of 2013. Now Coldplay fans have a good reason to anticipate its arrival: Catching Fire marks the first film for which the alternative band has composed a song, "Atlas."

Swift might be in the running for "Sweeter than Fiction," which she co-wrote with fun. guitarist Jack Antonoff for One Chance, David Frankel’s Weinstein Co.-distributed biopic of opera singer Paul Potts. They’re both respected artists, Weinstein is behind the film, and, as mentioned earlier, Swift earned a Golden Globe nod last year. However, descriptions of "Sweeter than Fiction" suggest that it’s "poppy," which might hurt its chances. Either way, we’re expecting to hear the song by the end of the week.

Alternative songstress Lana Del Rey scored her first top 40 hit with "Young and Beautiful" from The Great Gatsby. Florence + the Machine and Sia, among others, lent their talents to new songs, but Rey’s contribution stands as the biggest contender for Original Song right now – at least when it comes to the songs we’ve heard – given the acclaim for the song, its prominence in the film, and the visibility of the film itself. Still, Rey might be unable to overcome one particular hurdle: She may have written "Young and Beautiful" – or at least part of it – before her involvement with Gatsby. The music branch generally sticks to strict rules on preexisting music, so Rey might be ineligible.

I’ve found only two other top 40 hits (thus far) that are eligible for Original Song. The first comes from Fast & Furious 6. Hip-hop artists 2 Chainz and Wiz Khalifa performed the song "We Own It" for the film, but hip-hop tracks only score with Oscar when they’re from acclaimed dramas like 8 Mile and Hustle & Flow. Fast & Furious 6 hardly fits that bill, so 2 Chainz and Wiz Khalifa might have to wait for their chance at Oscar gold.

British boy band One Direction performs the second eligible hit, titled "Best Song Ever," for its documentary, This is Us. Perry’s heartfelt "Wide Awake" failed to register last year despite being eligible; the music branch is even less likely to embrace this catchy tune. One could argue that "Best Song Ever" stands a chance if "Music of My Heart," a song performed by ‘N Sync, made the cut. However, prolific six-time Original Song nominee Diane Warren wrote the song, which was featured in Music of the Heart, a film that was an Oscar contender in its own right. (Meryl Streep earned one of her many Best Actress nominations for her performance.) "Best Song Ever," on the other hand, features in a film with less clout.

Unlike the films already mentioned, Lee Daniels’ The Butler could be an all-round Oscar contender, breaking through to major categories like Best

Supporting Actress and even Best Picture. It could also make the Original Song race with one or both of its compositions. American Idol winner Fantasia performs "In the Middle of the Night," while Lenny Kravitz wrote the ballad "You and I Ain’t Nothin’ No More" for Gladys Knight. Both could contend, but I’d expect the latter to be more competitive given Knight’s status as a legend and Kravitz’s longevity as a music artist.
Eddie Vedder of Pearl Jam reportedly wrote and performed three new songs for Scott Cooper’s drama Out of the Furnace. He probably came close to a nomination for 2007′s Into the Wild, which might bode well for him this time around.

Finally, a likely contender – and potential front-runner – comes from an unlikely duo: Marcus Mumford of Mumford & Sons and Justin Timberlake. The two co-wrote "Please, Mr. Kennedy" for Inside Llewyn Davis alongside directors Ethan and Joel Coen, George Cromarty, Ed Rush, and Original Song-winning T-Bone Burnett; Timberlake performs the tune in the film with lead Oscar Isaac and Adam Driver. Of course, seeing who gets credit for writing this song will be interesting since only three composers are eligible for any given song. Only in an outstanding circumstance will a fourth composer earn a nomination, but I imagine Timberlake, whose year has been enviable to say the least, will be one of the names on the ballot.

Delving into the indie side of things, The Yeah Yeah Yeahs’ Karen O reunites with Spike Jonze to contribute "The Moon Song" to Her. The two worked together on Where the Wild Things Are; O also wrote and performed "Strange Love" for last year’s Frankenweenie. The music branch might see her as due, and it only helps if Her becomes an Oscar favorite.

Dave Grohl tackles multiple duties on his directorial debut Sound City, also contributing to the rock documentary’s soundtrack. The music branch might want to nominate the rocker, given his history in bands like Nirvana and Foo Fighters. There might be even more of an incentive to recognize Stevie Nicks, a rock icon and legend as a member of Fleetwood Mac and as a solo artist, so her track "You Can’t Fix This" might make the Original Song lineup. The music branch might also – or instead – laud Paul McCartney, an Original Song nominee for "Live and Let Die" from the James Bond film of the same name, for his hard-rocking "Cut Me Some Slack." Only an instrumental version of "Mantra," the contribution from Best Original Score winner Trent Reznor, appears in the film, though the soundtrack features vocals from Grohl and Reznor. That one’s up in the air, but tunes that should be eligible include "The Man That Never Was" (performed by Rick Springfield), "Your Wife is Calling" (performed by Lee Ving), and "Heaven and All" (performed by Black Rebel Motorcycle Club).

Heading into less edgy territory, there are, of course, some tunes from animated features that need to be discussed. The Croods gave way to the poppy "Shine Your Way" by Owl City, a.k.a. Adam Young, and Yuna. The former artist wrote songs for Legend of the Guardians: The Owls of Ga’Hoole and Wreck-It Ralph, neither of which made the Original Song category. Pharrell Williams added the vibrant "Happy," "Just a Cloud Away," and "Scream" to Despicable Me 2. However, Oscar ignored the first film; will this new installment change anything? Meanwhile, Beyoncé and Snoop Lion (credited as Snoop Dogg) voiced in and contributed songs to Epic and Turbo, respectively. The R&B songstress’s "Rise Up," co-written by Sia, fails to rank with her best soundtrack work – like "Listen" from Dreamgirls. As for Snoop Lion’s "Let the Bass Go," again, Oscar generally ignores hip-hop, so that’s probably not happening.

Back in 1989, The Little Mermaid began the tradition of Disney animated musicals scoring major Oscar buzz, particularly in the Original Song race. Barring critical backlash and/or a disappointing showin

g at the box office, Frozen should continue the trend. If the Snow Queen adaptation follows in the footsteps of 2010′s Tangled, the love duet performed by leads Kristen Bell and Jonathan Groff looks to be the primary contender here. Given the lack of an eligible Disney/Pixar tune here, Disney will likely give Frozen – and one or two of its songs – a huge Oscar push. (No one contributed an eligible tune to Monsters University – not even composer Randy Newman. "Roar" by Axwell and Sebastian Ingrosso of Swedish House Mafia is an instrumental composition and therefore ineligible.) In any case, the music branch will probably ignore Idina Menzel’s "Let It Go" since villain songs have always been excluded from the race.

Keep an eye on films like Black Nativity, Broadway Idiot, and Can a Song Save Your Life? After all, the Original Song race always throws a curveball our way at some point. (Who expected an original song in This is 40?) Maybe a film like Ender’s Game, Dallas Buyers Club (Jared Leto of 30 Seconds to Mars stars in the film), or Machete Kills (hey, it features Lady Gaga) surprises us with some new music? - Awards Circuit

2014 Oscar Predictions - Gearing Up for the Original Song Race

In conversation with Noor Ul Hassan