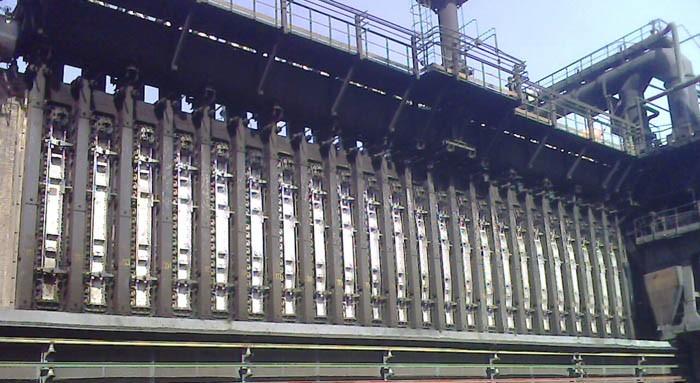 Privatisation of DISCOs cannot work unless the government undertakes major restructuring of the power sector and offer lucrative contracts to the private owners. But before discussing that, let us consider our experience with pursuing economic liberalisation in the energy sector.

Power sector was liberalised in Pakistan in 1994. This is not necessarily an instance of privatisation but rather of liberalisation i.e. the state opened up a sector to private investors that had been hitherto under state control. Analysts (including myself) have traced the current crisis of the circular debt to the liberalisation of the sector in mid-1990s. What is more important is to understand how this liberalisation was carried out. Sure, the policy addressed the power shortages at that time but the investors were lured in ultimately by offering them extremely lucrative contracts that made investments virtually risk free. As usual, like in the rest of the developing world, all of this was done under the able guidance of various international financial institutions.

Evidence from other countries tells us that Pakistan is not unique in its experience. Privatisation from Russia to Latin America has not necessarily resulted in welfare gains. It has made some people rich and powerful beyond belief.

The power contracts divided the payments made to the private power producers into capacity and energy payments. The capacity payments were binding and included not just fixed operation and maintenance costs and debt repayments but also the return on equity. This coupled with other generous clauses made the investments virtually risk free. Of course, I do not need to mention the stories of corruption and cronyism that were highlighted not only during the implementation phase of the policy but afterwards as well.

This method of ensuring returns written into contracts when the government liberalises a sector is not limited just to the power sector. In fact, within energy sector we see that this was repeated again in the compressed natural gas (CNG) sector. What was ultimately revealed in the Supreme Court’s (SC) hearings on the issue of levying a development cess on CNG was how lucrative a deal pump station owners were enjoying due to the pricing formula agreed between the private owners of the stations and the state.

The point of highlighting these two examples of liberalisation policies is two folds. First, it is important to learn that private sector’s involvement is only ensured by promising returns to their investments through contracts. This takes out any role for the market mechanisms to work that advisers from various IFIs and economists of their ilk champion on our airwaves. Second, and more importantly such contracts then ultimately become vehicles of transferring wealth/resources from the public sector to the private sector on continuous basis. This author particularly sees the manifestation of this aspect in the circular debt crisis in the power sector.

Analysts who still support privatisation point out some other problems to justify the need for transferring SOEs from the public to private ownership. For example, another frequently cited problem is that these SOEs become employment bureaus for political parties in power and then used as vehicles to distribute patronage. Hence any success in turning around SOEs by a government will always have the risk of being ruined if a different party comes to power in the next election cycle. This is indeed a fair argument and a justified fear.

However, what needs to be noted here is that the problem is not whether the SOEs can be turned around under public ownership. The fear is that this success cannot be sustained. This is why various experts suggest that after turning around an SOE, it should be sold off to private investors. The problem then is that under present (institutional) arrangement, it is easy to convert SOEs into employment bureaus. Once this is recognised then the challenge is to come up with an institutional and constitutional arrangement that limits the powers of the incumbent governments to use SOEs as employment bureaus.

This will not be an easy task and will take considerable amount of time to accomplish this goal. But there is a strong chance that an arrangement arrived at this way will be acceptable to various political parties and the public at large.

Finally, a very crucial point needs to be made. Our many IFI-experienced experts, whom one have seen serving in most (if not all) regimes since 1979 do not get tired by pointing out the mess that the state creates when it intervenes in the markets. The state must only provide a strong legal framework and leave the rest to the markets and the private sector, which will come up with the best solutions for our economic woes.

In Pakistan’s context, and if I can use a harsh term, I find this argument to be intellectually dishonest. I find it as such because our experts say this and hide two important facts from us. First, our private sector that is considered to be the champion of efficiency because of its profit motive cannot survive a day without the direct and indirect support from the state. The direct support comes from the subsidies and tax rebates that various sectors enjoy in Pakistan. Tax expenditure is the amount of revenue forgone due to tax holidays, rebates and concessions.

Economic Survey of Pakistan for 2011-12 reports that the tax expenditure for the same fiscal year was Rs185 billion. This was Rs10 billion more than in the previous fiscal year of 2010-11. Some experts have even argued that tax expenditures are highly underreported and its actual level may be as high as Rs500 billion! If fiscal burden is such a huge problem than the first thing that the state needs to plug are the loopholes in our tax codes.

In my opinion, the state also provides support to the private sector indirectly by not preventing tax evasion in the country. For the last several years, it has promised to do this every year. But year after year and regime after regime we see no improvement on this front. One is, therefore, forced to conclude that this happens with the connivance of both the big business and the ruling elite.

A second crucial point that our experts do not highlight is the presence of military businesses or to borrow a term from Ayesha Siddiqa, milibus in the economy. If the state’s role in the economic sphere is unwarranted and it should not concern itself with the production of various goods and services then how do these experts defend the presence of milibus. Milibus is as much state owned as PIA, WAPDA, and Pakistan Railways are. Remember the armed forces are an institution subservient to the state (and the executive). Yet, our experts see no problem in serving army officers sitting on planning and investment committees of various ‘welfare’ trusts. Normally, it is justified on the basis that unlike SOEs, businesses run by the military make profits.

This is a very bad argument if you call yourself an economist. We have seen that economic theory does not take profitability of an SOE as a factor to decide its privatisation. The real purpose is to achieve efficient use of available resources. Profitability and hence profits are accounting outcomes. They are not cast in stone type principles that some economist may believe that they are. A visit to any tax practitioner will reveal how easily balance sheets can be manipulated to show low or high profits.

Further, in the case of state run businesses it is important to understand if the profits accrue if an enterprise enjoys special status in the market. Are the profits guaranteed because of the way markets are structured? Or there are other institutional reasons that favour state run businesses to make profits? These questions must be answered for milibus as well. If there is an economic justification to privatise PIA, PR, DISCOs, etc. then the same logic should also be applied to the businesses run by the army, the air force, and the navy. Why must we protect the rents that accrue to one institution of the state but deny them to the others?

The truth of the matter is that privatisation and liberalisation in Pakistan have been fraught with nepotism, crony capitalism, graft, and corruption -- supposedly the very ills that the process aims to cure. Evidence from other countries tells us that Pakistan is not unique in its experience. Privatisation and liberalisation from Russia to Latin America has not necessarily resulted in efficiency or welfare gains. It has undoubtedly made some people rich and powerful beyond belief.

The cacophony of privatisation in Pakistan is increasingly masqueraded in the fiscal burden argument i.e. how SOEs cannot survive without government’s subsidies. There is absolutely no doubt that much is wrong with the state of Pakistan’s economy and also the state itself.

There is a strong need to address some of the (mis)management issues in the SOEs. However, to present privatisation as the only viable solution can be defended in the last instance only on ideological (and therefore political) grounds. If the battle is ideological and political, then we need to choose sides and brace ourselves for a long battle.