An open letter to Najam Sethi 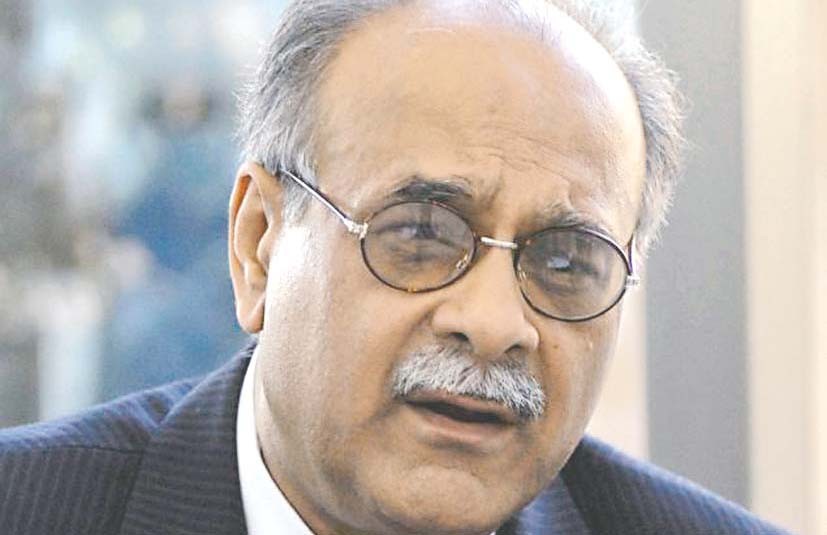 Sportsmen are the reflection of a society. Before 1975 Pakistan was a nation with a strong society. Therefore, we had heroes and legends in all walks of life, especially in hockey, squash and cricket. We had a golden period in sports when we had the honour to be world champions in hockey squash, cricket and snooker. The main reason was that we had a very strong sports culture since Independence.

Sports was a part of education in those days. That is why we had educated sportsmen. The deterioration of sports started when the sports ministry was established in 1986 and was separated from the education ministry. Already

there was the private sector of education which consisted of mere one-kanal schools, having no sports facilities. This unimaginative decision changed the sports scenario of the country Cricket survived this because there is a lot of money in it. But hockey and squash suffered.

The aftermath of 9/11 had repercussions for Pakistan sports. The last nail in the coffin was the attack on the Sri Lankan team which repelled sportsmen of other countries.

These things had a negative impact on attitudes in our society. There is no second opinion about the attitude and the passion of present players. They do not go for hard training because they have little chance to become stars in the present situation. It restricts them to ordinary training. The urge to shine for the 180 million people of this country has disappeared. Of course, cricket is being played in Pakistan at the grassroots level, but the domestic structure does not provide quality cricket to improve match temperament as is evident from the performance of our newcomers at the international level.

Our budding players take a lot of time to fit in. Otherwise they are relegated very quickly. The compulsion of the board to produce good results leads to frequent changes in the team. This process continues with no destination in sight. In the past schools, colleges and the local clubs were the factories which prepared and produce players. The board or the federation (in case of hockey) combined players from different areas to make a strong force. But the scenario has changed, so there is a need to inculcate professionalism and match temperament to handle the situation.

To improve fitness level incamp training for 3-4 weeks is imperative before the events. This change in cricket culture will definitely improve the technique and tactics and physical condition of players. This can be treated as an alternative arrangement until our domestic structure is drastically changed. To achieve better results, the following trio is very important:

TEAM MANAGEMENT: The team management should be professional and their speed of thoughts as good as speed of game.

They should know how to handle the situation by combining attacking and defensive strategy.

QUALITY OF PLAYERS: At present, we do not have quality players who can sustain pressure so there is a need to improve the quality of players. Good teams which provide consistent performances always have at least 2-3 match winning players.

CONCLUSION: There is need to increase the pool of technocrats. The cricket board must have a university to prepare technocrats. Before every event there should be at least three to four weeks incamp training to improve techniques and tactics. The team management should be appointed for four years to avoid player power. I think this is one of the reasons that the players take advantage and do not perform well. A strong coach with authority always produces good results. Therefore, he should make a team plan and strategy and his role in selection of the team should be superior because at present the coach in cricket becomes sandwiched between selection committee, the board and the captain. Last but not the least, the selection of the captain should be made for two years and before assigning captaincy he must be groomed.

An open letter to Najam Sethi