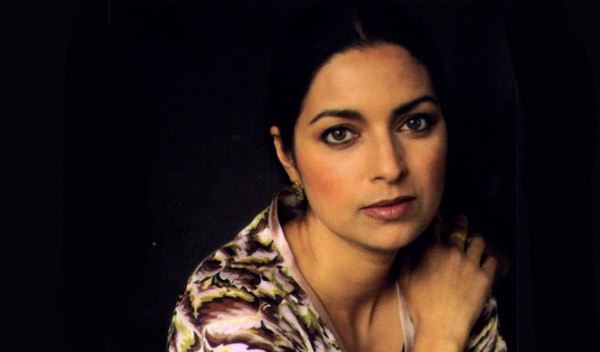 In technical terms, like in Jhumpa Lahiri’s previous books, as true for her short stories as with larger canvases she has managed to novelise, in The Lowland she shows all signs of perfecting her art of saying more with less. She is that odd writer who doesn’t depend on dialogue to drive her stories and yet neither makes detailed description her default narrative framework. You suspect she must have tried really hard to hone her unsettling ability at restrained prose.

How does she then manage to make us, her readers, care for her characters if she’s not being too descriptive or using the first person singular? By keeping the characters smaller in numbers and spending the time it would otherwise take to deal with dozens of them instead on the inner worlds they inhabit.

In both technique and subject matter The Lowland is, in that sense, not an experimentation in either style or substance for Lahiri. The story is again about dislocation, albeit by choice rather than circumstance -- at least in the case of the principal protagonist Subhash, the perfect specimen of the Indian immigrant making good in the US through disciplined toil, typical of first-generation immigrants. It is also about family, as most immigrant stories at their heart are, and the inevitable polarity of duty versus destiny that makes hearts fill with unnecessary burdens.

And yet, Lahiri has managed again, as she always does, to make a tale different from her previous stories.

The communist movement of the 1960s at the heart of Bengal in India and the political ruptures in the movement brought about by the split in the Communist Party of India and the impact this has on families forms the backdrop of the hypnotic story. Love in the time of political upheaval and fighting for passionate dreams and naïve ideals against the might of a moody, intolerant state and learning lessons that each generation has to learn anew. How can not a good novel come out of this material if Lahiri is the god of small things here?

Largely told from the point of view of Subhash, the story has his life dominated by his slightly elder brother (the age difference being nine months) Udayan. In the suburban streets of the Sixties’ Calcutta, they wandered before dusk and in the hyacinth-strewn ponds -- the ‘lowland’ of the story. They could not be separated. But as they pass from childhood into adulthood, as we all do, without ever finding the line that divides them, their lives begin to change as the socialist movement battles both itself and the state.

As American tanks roll into Vietnam and Communist China stiffens its resolve, riots sweep across India with people having to make a choice between having choices and not. The brotherly bond can do little to forestall the tragedy that inevitably upends their lives.

The Lowland is marathon in its opus and intimate in its rendering of lives undone and forged anew and falling apart. It is a story that is bleak and yet when redemption comes it seems cruel in its inadequacy.

Udayan -- charismatic and brash -- finds himself drawn to the Naxalite movement, a rebellion championing the cause of eradicating inequity and poverty. He gives everything, risks all, for what he believes, even imperiling his love life and wife Gauri, herself a socialist sympathiser. In doing so, he transforms the futures of those dearest to him: pregnant Gauri, Subhash and their parents. For all of them, the repercussions of his actions will reverberate across continents and seep through the generations that follow in ways neither he nor the readers envision.

As Udayan embeds himself deeper into the resistance movement, becoming a member of the group within that starts using violence and sabotage -- he has studied electronics and is handy with rigging up explosive devices -- Subhash demurely follows the opposite path. Always the dutiful among the two siblings and committed to his parents’ dreams of doing the right thing, he pursues higher studies in the US, enrolling in a university there.

Back home when tragedy results -- Udayan is captured by the state and executed in front of his parents and wife and the neighborhood -- this is not the end of Lahiri’s novel but the start of the story of Subhash. And Gauri, who he has never met but whom when he comes home to remember his brother, he marries on an impulse against his parents’ wishes in a fit of duty. Both fly to the US where most of the story shifts.

And it’s quite a story, done in the Lahiri fashion of sacrifices, duties and silently withering dreams and passions. It’s a tale of unresolved grief clotting up a marriage that was born of wrong circumstances and right intentions but which keeps the underlying desperation to love when love doesn’t bloom.

First generation immigrants doing their duty of loving each other as strangers while bending over backwards to fit in an alien environment and making something out of it. That’s Subhash and Gauri for you for whom the birth of Gauri and Udayan’s daughter adds another layer of complication in their lives. The unresolved challenge of whether to tell her who her real father is or not and the bitterness that clouds their relationship born of the burden of their destinies ends in a non-physical but violent parting that will snuff your breath out.

The L0wland is marathon in its opus and intimate in its rendering of lives undone and forged anew and falling apart. It is a story that is bleak and yet when redemption comes it seems cruel in its inadequacy. As a reader one wants Subhash, Gauri and the daughter who is not quite theirs to not be so austere. If it weren’t for Lahiri, whose prose shimmers in a lyricity all her own that can induce a fever-like condition to those who’ve read her entire oeuvre, one would die of heartbreak finishing the story even at the late blooms each one of the survivors experiences.

For a story steeped in the transforming impact of a revolution gone awry, the lure of The Lowland is in how after a detailed account about Bengali history at the onset of the novel, it succeeds in grounding the personal within the political -- to demonstrate how even distant political events can transmute and shatter lives. The story of The Lowland is about, as Lahiri has Subhash muse towards the end, "a shared conclusion to lives separately built, separately lived." Lahiri will always break hearts.