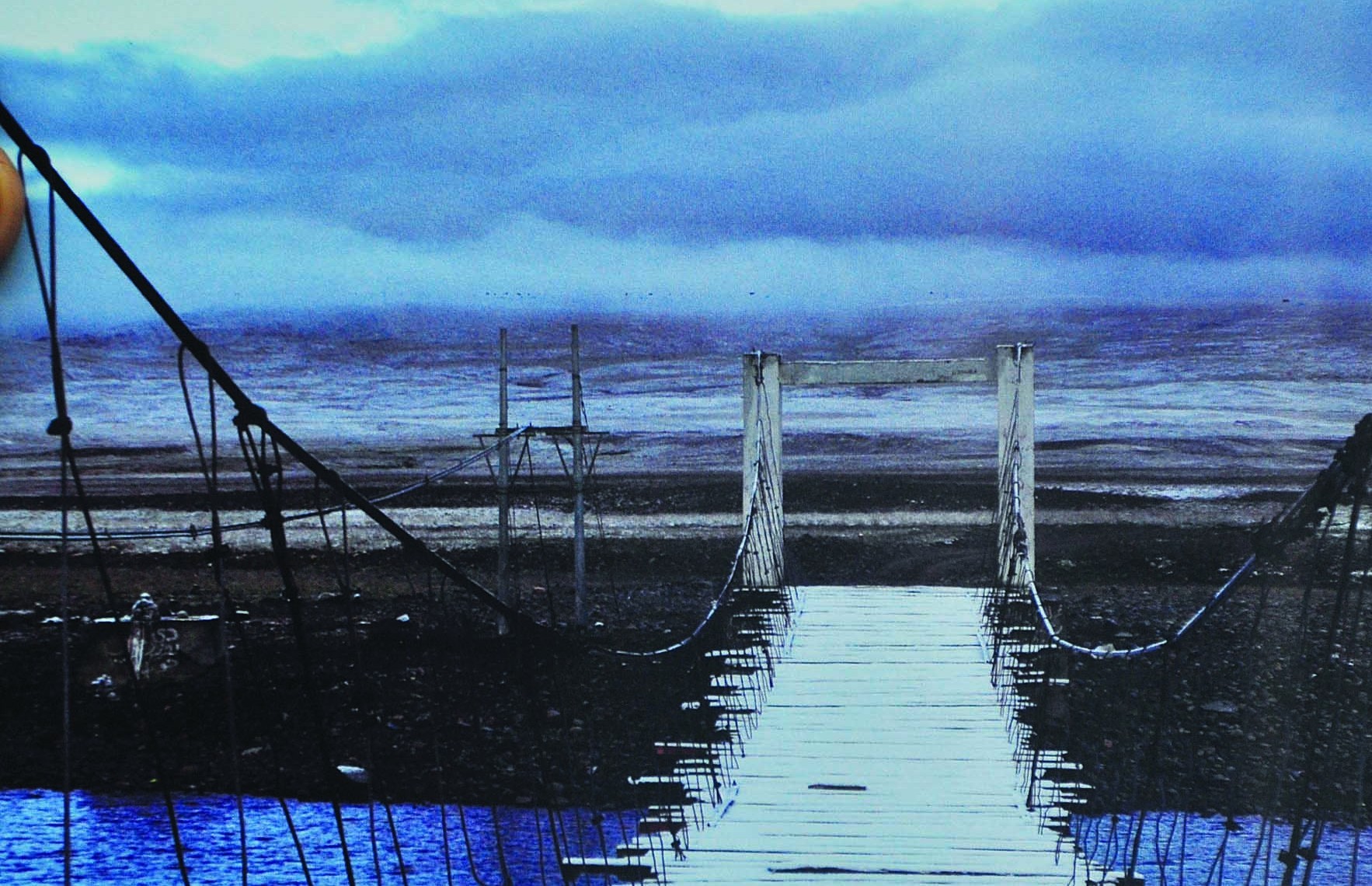 A travel book can be defined as one that its author would never think of as a travel book -- to him, it is history or anthropology, memoir or even camouflage fiction. Yet the first thing any traveller learns is that every rule is made to be broken -- if you stick to the guidebook, or the itinerary, you’ll come home wondering if you ever left.

In the great spirit of travel, therefore, and of venturing where only daredevils would dare to tread, Salman Rashid is much less traveller than writer.

The travel book must teach you something, ideally by highly unorthodox means. Heinrich Herrer, for example, stumbled into a Tibet that almost no foreigner had ever seen, and so every detail of his Seven Years in Tibet is new to us. P.J. O’Rourke does so much research on his Holidays in Hell -- and delivers it so saltily -- that every bit of information is like a crunchy piece of popcorn.

In the same vein, I would never call the great Russian poet Joseph Brodsky a travel writer -- and that’s why his book on Venice, Watermark, is a classic.

Really, the ideal travel book is a quest.

Salman Rashid’s Deosai: Land of the Giant falls in the same league, and is a radiant account of searching for the brown bear (Ursus arctos Isabellinus) and a largely unexplored plateau in the Himalayas. It’s the getting lost, the being thwarted, the stumbling into what you never thought to look for that makes his journey indelible. Rashid refers to the research conducted earlier by Vaqar Zakaria and Anis-ur-Rehman of Himalayan Wildlife Foundation.

Like a true travel writer, he does not just listen to a place but talks back to it. He’s drawn to it by compulsion. Claiming to have travelled cross-country several times, Rashid finds a fresh approach to a travel-writing staple -- by making part of his subject the road-trip genre itself. His books are like Borges’s story The Aleph. He presents you with a chunk of something that doesn’t look like anything and shows you how the world is contained in it. There appears to be a simple idea behind the journey, but an incredible range of information on the landscape and the people.

The book also has a wonderful sense of freedom -- not at all the feel of a project undertaken to fulfill a book contract.

Rashid’s eclectic, obsessive quest to unravel the secrets of Baltistan can be credited with perfecting what would become the faux-casual tone of modern travel writing. Deosai is a work of fantastic craft and calculation, though it pretends to be just scribbled off on the spur of the moment.

The Gujjar people, whose name embodies the very idea of nomadism, have traversed for centuries the vast plains of Deosai, leading their livestock in search of water. In fact they are the ones who gave the piece of land the appellation, ‘Deosai’, inhabited by a giant.

In this compelling photographic record, Rashid explores and observes the everyday chores of cooking and caring for animals, and the more elaborate tasks of moving camp and celebrating feasts, and in addition to the people, Nadeem Khawar photographs their herds and their tents, and the harsh but beautiful landscape in which they survive during the summers.

For a moment, the leaden skies that have made the day a long dusk break apart, and light passes over the land like a cloud. It pours across fields of tall tussock grasses, runs over the stream, Bara Pani, in a shimmering wave, and rolls up the far shore to reveal a great range of mountains crowned with ice. It brightens the snow on the shoulders of the hills and illuminates the feathers of a wandering gull shining like alabaster in the window of light. Then the skies close again and darken. A fresh squall rushes over the mountains, bringing a hard, cold rain. The winds increase, and the rain turns to sleet -- blowing in stinging sheets over the grasses. By morning, snowball blankets the land. It is mid-summer on Deosai Plains, the breeding season for migratory birds.

Deosai Plains is one of a scattering of small plateaux that ring the Himalayas like the moons of an icy planet. Its location downwind and due north of the gale-beaten Kashmir and Laddakh brings Deosai what has been called the worst weather on earth. Much of the plateau is permanently covered in ice and snow, with much of the rest too sheer for either to take hold. Deep fjords cleave the mountains. Gale-force winds and sub-zero temperatures are recorded every month of the year, as are all forms of precipitation from mist to hail. But there are native mammals such as the brown bear, freshwater fish, wolves, marmots, and a wide variety of flora, from sage to rhizomes that also constitute the diet of the bear.

When it’s late April, early in the Northern Hemisphere spring, the male bear is the first herald of the frenzied season about to begin. Soon after, other males come in, and for a week or two they jockey for position on the plains until one day the female bear arrives. Many of the females lumber in from the burrows, heavy with young. They give birth within a few days and gather together in mounds like weathered boulders, lounging and sleeping, their pups growing fat on rich milk. With subtle and specific strategies, the birds that come to Deosai Plains subdivide the plateau -- even the months of the summer and the hours of the day -- in ways that allow them all to thrive there at once. Black-winged stilts crowd the banks; green finch peppers the inland plains and steep rocky slopes; kites nest on windy buttes and high cliffs; and a vast array of marmots make burrows among the tussock mounds. Rhythms within the communities of the more diminutive birds have a delicate precision.

The myth and mood of these wild places, flora and fauna have been the wellspring of Nadeem Khawar’s consciousness. It would be difficult indeed to exaggerate the impact of nature and natural beauty on Khawar’s life, work, beliefs and accomplishments. The mountains and wilderness are so very much a part of him and his life that, as some individuals come to look like their mates, and others like their pets, Khawar has come to look like his beloved mountains, like society’s spiritual artifact in nature. He is blessed with great stamina, astonishing energy, and an intense commitment to hard work. The ebullience of his personality, his intense joie de vivre, and his lifelong hyperactivity have combined in this tome to give him an effectiveness that can only be described as Churchillian. The shimmering luminescence of his timeless photographs speaks of his joyous exuberance; as part of this ‘noblesse oblige’ comes a deep sense of larger ecological obligation. The photographic journey to the bridgeless streams to the rugged bluffs of Deosai Plains can be termed ‘genteel frugality’, and speaks for his quest for resonances of understanding in the contemplation of Nature.

Deosai: Land of the giant 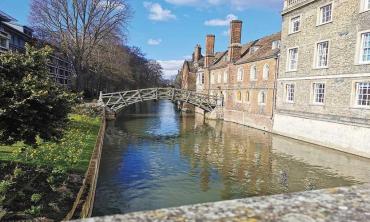 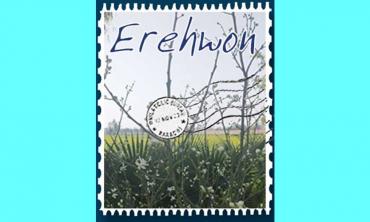 The elusiveness of spring 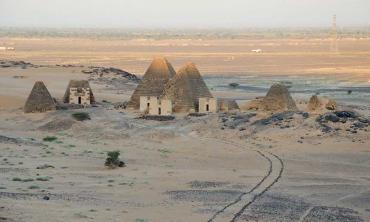 A land lost in the sands of time